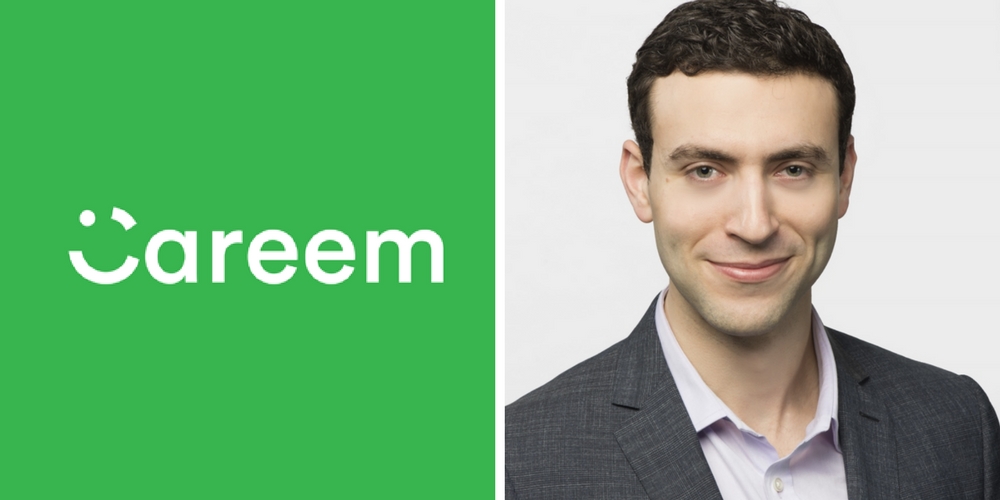 Careem, the only unicorn of MENA yesterday announced appointment of Zach Finkelstein as Vice President of Corporate Development. Finkelstein is Co-Founder of Silicon Valley-based Lumia Capital which had taken part in Careem’s $60-million Series C round in 2015. He has joined Careem to help the company accelerate its growth through strategic partnerships. He will lead company’s investment agenda throughout the region as well as investors relations.

“The consumer internet opportunity in the broader Middle East is significant. Zach will play a pivotal part in developing the market opportunity. Zach is a world-class investor, and his decision to join Careem is a clear demonstration of our reach and influence globally. It is only through our ability to motivate an exceptional team that we’ve been able to continuously innovate and deliver simplicity and opportunity to our customers.” said Shah.

Since its launch five years ago, Careem has acquired different regional startups including Saudi-based address coding service Enwani, Egypt-based seasonal taxi service Taxi Sahel, Morocco-based startup Taxiii, and Pakistan-based startup Savaree. All of these acquisitions were more of acquihirings as Careem was more interested in the talent behind these startups than their tech. Recently, they’ve also made their first investment in a regional startup SWVL which was  founded by one of their former employees.  One part of Finkelstein’s role would be to look for other such potential investment opportunities and acquisitions that align with Careem’s strategic priorities.

“Ridesharing is shaping the technology industry as we know it, and Careem is right at the center of this trend. Careem’s ability to bring together world-class talent in the region and consistently execute has propelled the company to market leadership, and I’m excited to work more closely with the team to ensure that Careem continues to have the capital and resources it needs to fuel its exceptional growth.” said Zach Finkelstein.

At Lumia Capital, Finkelstein was responsible for investment sourcing, due diligence, and portfolio company management. He participated in Lumia’s investments in Careem, OpenDNS, Xtime, Kabbage, Pitzi, EatStreet, Procore, and Hired, among others. In 2016, he was named 30 Under 30 in Venture Capital by Forbes Magazine.

Careem’s ability to poach not only engineering talent but these big guns as well from the Silicon Valley speaks volumes for the company.