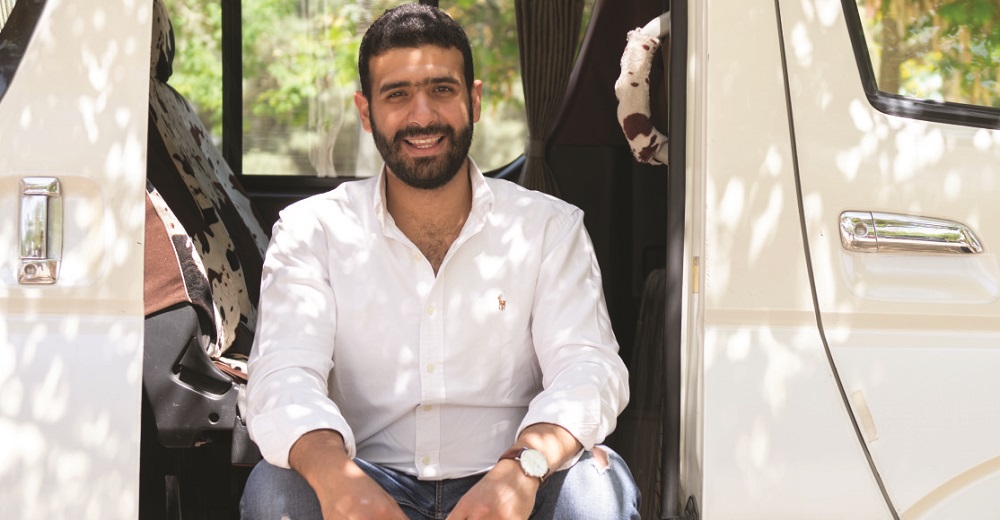 Most of you have already heard about Egyptian public transportation startup SWVL that just received $500,000-investment from Careem. The story of SWVL and its founders is extraordinary in every sense. Co-founded by three friends who studied together at elementary school in Egypt, SWVL’s initial success should inspire every regional entrepreneur.

Their Co-Founder & CEO Mostafa Kandil joined American University in Cairo at the age of 16 to become a Petroleum Engineer. After an internship with Schlumberger, he decided that it’s not something that excites him so he applied for an internship at Google and was one of the thirty people who got selected from Egypt to intern at Google’s EMEA (Europe, Middle East & Africa) headquarters in Dublin, Ireland. He then went on to found a company for Rocket Internet at the age of 21 in Philippines.

After founding Carmudi there, he and rest of the team scaled it to 40 people and different cities in six months. Then he came back to Egypt to work for Sawari Ventures & Otlob (another Rocket Internet startup) before moving to Dubai to join Careem as a Market Launcher and help company launch 8 new cities including Istanbul and different cities in Pakistan & Saudi Arabia. Worked there for six months only to eventually launch his own startup, SWVL.

SWVL’s CTO Ahmed Sabbah also had a choice between joining Google by accepting their job offer or starting SWVL with Kandil & Nouh. He decided against Google.

COO of the startup, Mahmoud Nouh also left his job at a very good company to build SWVL.

All three of them are 24 years old or younger.

We had a call with Mostafa Kandil two days after he received the investment from Careem to learn more about SWVL and its future. Here’s everything he had to say.

Zubair: What you’ve achieved in the last six months is stuff of dreams. How do you feel about it and all the hype that you’ve been getting since the announcement of Careem’s investment in SWVL?

Mostafa: I have mixed feelings. Obviously, I am very happy about the fact that my team and I have reached this far in such a small amount of time. When we first came into this space, everyone thought we are crazy. They thought we are taking on Careem & Uber and we wouldn’t be able to survive. No investor was willing to take us seriously. This investment by Careem proves that we can actually make it.

But happiness is not the only feeling. I am scared as well. All this hype and attention we’ve been getting esp. after Careem’s investment comes with a lot of responsibility towards all our stakeholders; captains, customers, everyone. We are trying to build something that even some governments struggle to do; a public transportation system.

It’s one of the most difficult things for countries to build a public transportation system in emerging markets and we are some 24-year-olds trying to take on this challenge so yeah it’s scary. Normally public transportation is a loss making machine in these countries as it requires huge infrastructure. What we are trying to achieve is a sweet spot between quality and pricing.

Zubair: What is it that you’re trying to achieve with SWVL? What’s your vision?

Zubair: Did you write a business plan, had a clear strategy and a business model or did you just start doing it and then figured it out in the process. Has your initial vision changed since the launch?

Mostafa: I don’t believe in business plans. I don’t believe that you can plan three years ahead for anything you’ve just started.  To be honest, this is my advice to anyone that this is a complete waste of time. You should have a good idea of what you’re trying to build but saying that in three years from now I’ll be doing XYZ is not reasonable and doesn’t make sense for early-stage startups as there’s a lot to change. There are so many variables that are not in your control.

When we started, we were much smaller than, in terms of vision. But to be honest, we’re now a bit greedier. We feel that we can do a lot more. We did not pivot or anything but it just keeps building on and we feel we can achieve a lot more with SWVL.

Leaving Careem & then Selling them a stake in SWVL

Zubair: How difficult was the decision to leave Careem as an employee?

Mostafa: When I was leaving Careem, it was quire heartbreaking actually. I was in love with Careem. Although my stay at Careem was very short (6 months) but the amount of things I was able to learn in this short time was remarkable. Mudassir Sheikha, the CEO of Careem is quite an unconventional person in how he’s a leader, a mentor and most importantly he’s a brother at all times. So working very closely with him and working at Careem and then leaving it that quickly was quite a tough decision.

Zubair: You left Careem in February, founded SWVL in April, launched it in May and received funding from Careem in July. Were you in regular contact with the decision makers there even after leaving the company?

Mostafa: I am in very good contact with people who work at Careem but not with the founders. We only exchanged an email once, which was right before the deal – right before they approached us. What happened was that Careem’s Egypt team felt that SWVL is growing. They were keeping eyes on us, trying to understand how far we would go and once it made sense to them, they approached us and then it took us very little (few days) to close the deal.

Zubair: So, did you negotiate the deal with founders or with the Egypt team?

Mostafa: The negotiations were with the Central team.

Zubair: Does Careem & SWVL have a completely different target market or some segments are overlapping?

Mostafa: There is a very minimal overlap between Careem & SWVL as our target users either take Careem very rarely or they don’t take it at all. I think SWVL & Careem in-fact supplement each other.

Zubair: What’s the biggest risk that you’ve ever taken and how did it turn out?

Mostafa: To be honest since I started, I have taken quite a few risks. I think the biggest risk was to shift from being Petroleum Engineer to doing something else. It was not easy to study something and then end up doing a completely different thing. Also, your parents could never really understand what you’re doing. When I called my mom to tell her how I made it to Forbes after Careem’s investment. She was like ‘good for you’ (laughs).

Zubair: Where did the initial money come from and how much was it?

Mostafa: We started by each founder contributing investment, in the beginning, the total money we spent on SWVL until a few days back is $30,000.

Mostafa: What are the future plans of SWVL esp. about expansion?

We want first to expand in Egypt, to be able to cover as many cities as possible. Starting the expansion with second biggest city in Egypt – Alexandria and then in 2018 expand to countries like Pakistan, Jordan & Saudi Arabia.

Mostafa: Pakistan –yes, it’s a bit unconventional for a Middle Eastern startup to go there but there are 200 million people living there and it lacks a good public transportation system so there’s a lot we can do there.

Zubair: Was Pakistan expansion always on cards or did it become a part of your strategy after receiving funding from Pakistan as they already have operations there?

Mostafa: No, it was always a part of our strategy as I have been to Pakistan and have a good idea about how we can contribute to improving the public transportation system there but yes now having Careem on-board would definitely help us big time.

Zubair: You’ve founded a Rocket Internet company in Philippines earlier so you must have observed startup ecosystem in South-East Asia very closely. What is it that MENA’s ecosystem could learn from them?

Mostafa: I think what’s lacking in MENA ecosystem is experience. When it comes to Egypt, I think we have a lot of technical talent but not that much of business talent which comes back to our education system, I believe. Why Rocket Internet has been so successful is that they hire someone for every new business they launch to scale and grow it insanely in six months. That’s something we should get inspiration from.

Zubair: What kind of companies or particular technologies are you most excited about right now?

Mostafa: The technologies that excite me the most are machine learning and artificial intelligence. Both have great applications in what we do and there are areas where we are exploring how we can utilize these technologies to make transportation easier and more relevant to people.

Zubair: Have you had any mentors or role models that have influenced you?

Mostafa: I think I have quite a few role models.

On the global scale, it’s definitely Elon Musk. It’s amazing how he went through so many things in his life and he kept coming back. One could take inspiration from everything he did; his education, commitment, work ethic.

Regionally – Mudassir Sheikha – I am lucky enough to be partner with him now. He’s a visionary and a great leader.

Local – Wael Amin – Founder of IT Worx. His story of how he built things from scratch is quite amazing. Taking his company to 2000 people in a completely underdeveloped ecosystem is a remarkable feat.

Zubair: What 3 pieces of advice would you give to startup founders? What do founders need to focus on in order to be successful?

Mostafa: 1) Don’t over-engineer everything, just get it done. You’ll figure it out on the way.
2) Take risks because what you’re already doing is a risk in its own. You probably left a job to start a business so you’re already taking it. Make sure you keep doing it onwards a well.
3) Learn more by learning faster. If you do 9 experiments a week vs your competition doing 10 experiments then your competition ends up learning 52 times more over a year.

Zubair: How are your former colleagues from Careem taking the whole thing?

Mostafa: Everyone at Careem has been very supportive throughout. They encouraged me a lot and now I am obviously getting a lot of congratulatory messages.