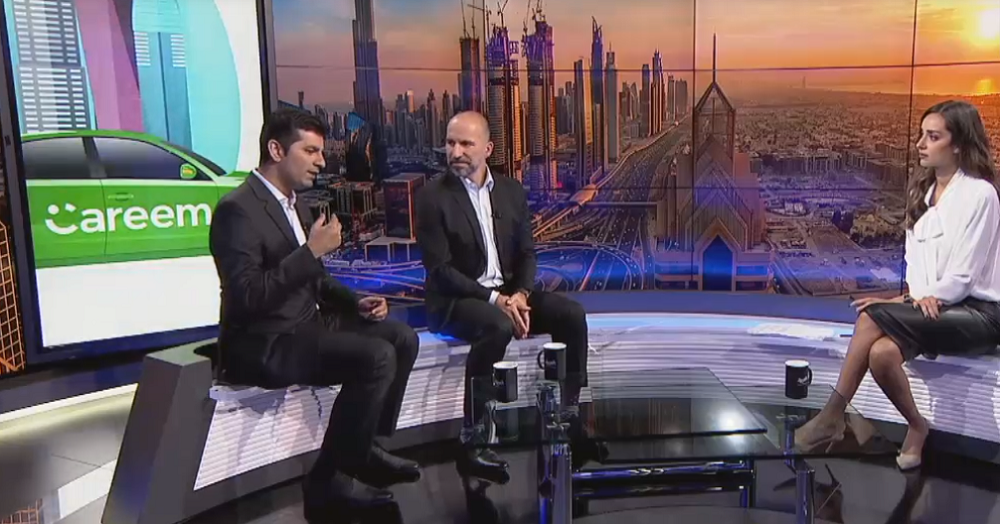 Mudassir Sheikha, the co-founder and CEO of Careem, in an interview with Al Arabiya English, where he was also joined by Ubero CEO Dara Khosrowshahi, has said that Careem’s story (deal with Uber) will create a lot of inspiration for the young people [in MENA] to do and join startups.

“I remember when we started six years ago, it was actually very difficult to convince young smart people to join startups. Everyone wanted to work at a multinational consulting company or a bank or some FMCG. Now, [Careem’s success story] will change the mindset completely where young people will either want to do startups or join startups,” said the Careem CEO.

It was the first time for both the CEOs to make a media appearance after Uber announced $3.1 billion acquisition of Creem last week. Yesterday, the two CEOs also met Deputy Ruler of Dubai Sheikh Maktoum bin Mohammed and told him that the transaction will be completed and closed before the end of the year.

Careem CEO Mudassir Sheikha, speaking to Al Arabiya, also said that the deal will bring in more capital in the startup ecosystem of the region from both existing and new investors, “Most of [Careem’s] investors are from the region. They are actually making a decent return on their investments. A lot of this money that is being made will come back into the ecosystem. And many others that did not invest in the ecosystem will take notice and will start investing in the region as well.”

“Because if you look at the region as a whole, it is a net exporter of the capital to the rest of the world. One of the largest investors in Uber is the Saudi government. So, it’s not like there’s a shortage of capital but now the capital will start coming more into regional startups and regional stories,” he added.

He is also hoping that the positive story of Careem will highlight the size of opportunity in the region and will get a lot more capital flowing in.