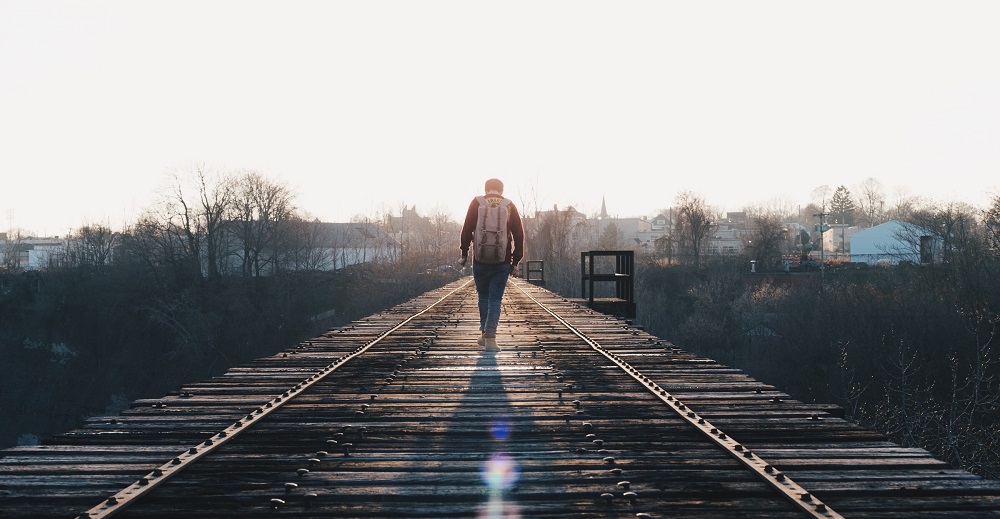 It had been 2 months since I left the second company I founded, Numetric. In just 3 short years I’d built the company from nothing to a working product, dozens of customers, 40 employees and enough recurring revenue to raise over $16M in venture funding from some of the world’s top VCs. And then I got fired.

Getting fired from the company you founded sucks – but that’s a story for another day.

After my last day at Numetric, I was excited to get started building my next company. I spent a couple of months going through the list of ideas I had filed away during my time at Numetric. Most of them were off the table because of the non-compete with Numetric, but one felt sufficiently novel that I decided to focus on it. On my third day at my new company, I completed my Y Combinator application and sent it off. Sure, I didn’t have much of a company yet, but I had a pretty strong resume.

A few weeks later I got an email from interviews@ycombinator.com.

I was thrilled! I’d made a ton of progress since applying and I was excited to pitch my new startup. It’s always validating to get confirmation from VCs, especially a VC as prestigious as YC, that you startup has merit.

But then I started to reflect on my experience as a founder/CEO over the past 8 years. I’d spent the first four years building a bootstrapped company and it was amazing! We were profitable, we were growing fast, and I was working just 40 hours a week. The next three and a half years I spent building a VC backed startup were complete hell, and I’m not sure if I’ll ever see any payoff for all my hard work. Did I really want to put myself through that again?

No, I didn’t. I’d also experienced first hand many of the drawbacks of raising VC funding. So I emailed the wonderful folks at YC and told them I wasn’t ready and thanked them for the opportunity.

The truth is, bootstrapping is a better choice for most software engineers, especially if you are first time founder. Let me explain why.

Your startup isn’t going to become a unicorn

A few weeks ago, I had lunch with my buddy Dan. He’s always pretty up-beat, but he seemed happier than usual. That was probably because he recently sold his company for $100M! We talked about the tradeoffs of raising VC funding vs bootstrapping a company. “One of the problems with VCs,” I say, “is that they don’t have the same amount of skin in the game that you have as a founder.”

Dan replies, “No, it’s not that they don’t have the same amount of skin in the game, it’s that they are playing a completely different game!“

He’s right. There’s only one of you. You are going to be investing the next five to ten years of your life building ONE company. All your eggs are in this one basket. You’ll make a small salary, but the majority of your reward will come when you sell your company. That means you need to do everything you can to increase the odds of success, and decrease the risk of failure. You need a 100% win rate.

VCs don’t. VCs can spread their bets across multiple companies. They only need a small percentage of their investments to succeed. It’s totally acceptable for them to invest $10M in a company and see that money completely evaporate.

Venture capital firms make money by managing large sums of money for wealthy individuals, pension funds, etc. They charge their customers, called limited partners (LPs), 2% per year to manage their money. For example, Sequoia Capitals most recent fund is $8B. They earn $165M/year in management fees, even if they produce no return for their LPs. They also get a 20% cut of all the profit the fund earns. If Sequoia produced a 50% return on their latest fund, then they earn an extra $800M. If they fail to produce a return, then they still get their management fees.

Venture-backed companies only have about a 1% chance of reaching a $1B valuation. VCs have built a business model that allows them to be successful with such a low founder success rate. Your VC partner will have a fantastic salary, while at the same time encouraging you to pay yourself as little as possible.

The entire system of venture capital is designed to produce a small number of very large companies. Everything, from the advice on selecting startup ideas to the expectation for hyper growth, is tainted by this bias. They rely on the overly optimistic nature of startup founders who think they are the one the special one, they are the 1 in a 100. I’m sorry, but you aren’t the 1. You are the 99 and your startup isn’t going to become a unicorn. Let that sink in – your startup isn’t going to become a unicorn.

Why play a game that has such terrible odds of winning?

You’ll hear VCs say all the time: “A small piece of a big pie is better than a large piece of a small pie.” The problem with that claim is that it leaves risk out of the equation. The risk profile of your company increases dramatically when you take VC funding. You start spending more money than you are earning, your focus shifts to raising your next round, and your VC now has veto authority over the sale of your company. Your company is now a ticking time-bomb.

The “big pie” idea also ignores the fact that it is several orders of magnitude harder to create a “big pie” than it is to create a small pie, even with their funding. Company sizes follow a power law distribution. There just aren’t as many $1B markets out there in the world. In fact, it’s comparatively easy to build a $10M business versus a $100M or $1B business. How big of a piece of pie do you really need to meet your goals? $10M? $50M?

Most founders overestimate how much of the company they will still own when the company exits. If you start with 50%, there’s a good chance you’ll end up owning only 5-10% of your company after your Series C.

The real question you should be asking yourself is, “Would I rather have a large piece of a small pie or a chance at a small piece of a much bigger pie?” Sounds much less appealing if you look at it that way.

As a first time founder, you should be shooting for a small pie. Small pies are great! A “small” exit of $10M or $30M would completely change your life. After you’ve gotten your small pie exit, you can comfortably afford to take a big risk with your next company. You’ll be able to self-fund your next startup and you’ll also be able to negotiate better terms if you decide to raise funding. Or you could just retire.

You can increase your chances of success by building a company that produces a profit. I feel stupid writing that last sentence, but I feel like the software industry is so caught up in the cult of VC that we’ve lost sight of this most basic principle.

Your first job as CEO is to not run out of money. Let me tell you, even if all the other metrics are going up and to the right if your bank account is decreasing, you will feel it. The stress and anxiety is immense and it takes a toll on you.

The reverse is also true. If your bank account is increasing, you will feel it – and it feels great! There is nothing like knowing you have created a real business that actually makes money. Imagine you own a machine that legally prints money. Seriously, take a second and envision it in your mind. That’s literally what it feels like owning a company that is profitable.

Profit gives you options. Want to spend more money on marketing? You can! Want to hire more devs? Do it! Want to give your employees better health insurance? Yep. Want to hold an executive meeting in the Bahamas? That’s fine. Want to write yourself a check for $200,000? Ok! It’s your company.

Profit also makes it easier to sell your company. It turns out that people like buying businesses that produce a profit.

Fundraising is a full-time job

Your job as the founder and CEO will be much different if you raise venture capital. You are responsible for raising venture capital. Each round of fundraising takes 3-6 months and will consume almost all of your time until the money is in the bank.

I was talking about fundraising with the CEO of a VC backed company who had just taken his company public. His advice was to spend as little time as possible fundraising. I dug deeper. “So fundraising takes 6 months on average. You raise enough to last for 24 months, but you always end up needing twice as much as you were expecting. That means you need money again 12 months after you finished your last raise. If it takes 6 months to close a round of funding, that means you should start fundraising again just 6 months after you closed your last round.”

I probably spent 40-50% of my total time at Numetric fundraising. Not exactly what I had in mind when I started the company. I wanted to be designing product, meeting customers, and building a team. When you are fundraising, your focus is off your business and the business suffers.

Those are a few of the biggest reasons I chose not to go through YC or raise any venture capital this time around. There are other things that are important to me that I didn’t want to give up, like

So I decided to go back to the first company I ever started and see if I could turn it around. I’ve been back at the helm of Facet for 3 months now. My goal is to build a profitable small pie business that I can one day sell for a $50M. I’m going to be sharing the intimate details of our journey, including our goals, plans, strategies, revenue and profit numbers. If you want to watch us bootstrap Facet, you can subscribe to the blog at the bottom of this post.

Venture capital gets so much attention in the media that it’s easy to forget that it’s not actually necessary. Software is pretty magical – you can produce so much value at such a low cost. As a software engineer, you have all the tools and skills you need to build a product and deliver it to customers.

Bootstrapping a profitable company has never been easier for software engineers. You can even bootstrap your company while still working at your full-time job or doing contract work (through Facet!). Once you have a product that customers are paying for, and the risk is much lower, you can go all in.