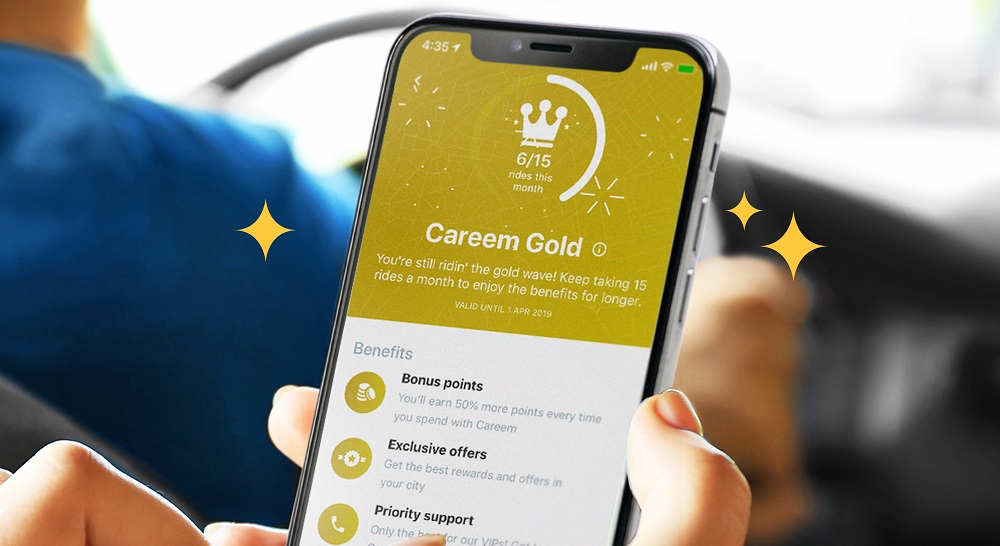 Careem, after quietly testing its rewards program for months, has finally rolled it out to all its 33 million users, the company announced yesterday. The program is active on apps of all Careem users and gives them points for all their rides that paid by cash, card, or invoice, across all of the company’s markets.

This official launch comes almost a month after Uber started rolling out its rewards program in the United States.

Mudassir Sheikha, Careem’s co-founder and CEO, commenting on the occasion, said, “We are so thankful to our customers that we wanted to recognize their loyalty with something in return – Careem is the first company in our industry to launch something like this in the region, and it’s a unique programme that rethinks how loyalty schemes work and focuses on simplicity of use and value.”

“We are also delighted to be able to offer our users the chance to make a positive change in the region by using their Careem points earned on their rides to make a genuine difference in the lives of those most in need,” he added.

The CEO also explained that the users who use Careem daily to commute will be able to get at least two free rides every month [with the help of reward points they earn].

Customers who take fifteen rides a month will earn the status of Careem Gold for the next three months and get 50% more points awarded on all their rides and priority support along with some other exclusive offers during this time.

Rewards points can be converted into credit for Careem wallet that can then be used for rides or they can be used to make donations to different organizations that the company has partnered with, including UN Refugee Agency UNHCR.

“Just 2,500 Careem points will feed a child for a day or help a refugee obtain cooking gas. For 6,000 points, users can fund a child’s education for a day, while 15,000 points will feed a child for an entire week. Careem REWARDS has also partnered with the WWF in Pakistan and for only 900 points users can help the planet by having a tree planted,” the company said in the statement.

There’s no information in the statement and on Careem’s website about how many points the users will earn for let’s say 5 dollars spent on Careem rides. It is also not clear if Careem is using same structure and calculations across all its markets.