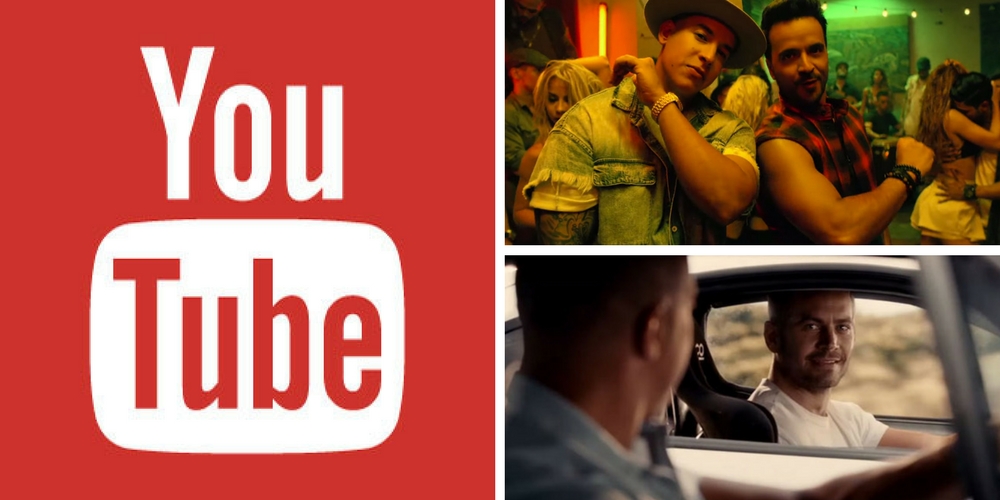 Youtube was founded in 2005 by three former PayPal employees: Chad Hurley, Steve Chen, and Jawed Karim. The first video on the website ‘Me in the Zoo’ was uploaded on Apr 23, 2005. The website had become very popular and Google seeing its popularity acquired it for massive $1.65 billion in November, 2006. It was one of the most talked about tech acquisition of those times and perhaps Google’s best one yet. Fast-forward 2017, now more than 3.25 billion hours of videos are watched on Youtube every month. Yes, 3.25 billion HOURS every month. I don’t even know how to put that in context.

The first video to reach one billion views was Korean singer Psy’s Gangam Style which achieved the feat in December 2012 – within six months of releasing on the website. It was also the first video to reach 2 billion views and interestingly it had broken Youtube’s view limit which was 2,147,483,647 (2.14 billion). Youtube had to change it’s counters afterwards. Gangam Style held the record of most watched video for more than four years until earlier this month when See You Again overtook the record.

Now there are two contenders to become the first video ever with 3 billion views: See You Again by the American duo Wiz Khalifa and Charlie Puth and Despacito by  Puerto Rico’s Luis Fonsi which features Puerto Rican rapper Daddy Yankee. Gangam Style is also in the race but because it’s views have slowed down, its chances of becoming the first video to reach 3B views are very slim.

See You Again is a song by American duo Wiz Khalifa & Charlie Puth. It’s the official soundtrack for Fast Furious 7 which was commissioned to for the film as as a tribute to Paul Walker, the Fast & Furious actor who had died in a car accident. It currently sits at 2.972 billion views with the most likely contender of the first video to reach 3 billion Youtube views. Released in 2015, the video that stars Vin Diesel took 181 days to reach 1 billion views (8th fastest) and 515 days to reach 2 billion (3rd fastest).

Despacito was released earlier this year and has already become the third most watched video on Youtube with 2.878 billion views at the time of writing. In the process, it became the second fastest video to reach 1 billion views and the fastest to 2 billion views. Even if it fails to become the first video to reach 3 billion views, it will be the fastest to reach this milestone. What’s very interesting about this song by Puerto Rican duo is that it may have contributed to increased tourism in the country. Some are arguing against it completely downplaying the notion. Whatever the case maybe, atleast no one can take away these billions of views the song has had in last few months.

It’s a tight race with See You Again clearly ahead but Despacito is catching up.

The song because of becoming insanely popular in such a short time is being covered by artists all around the world in different languages. It has been covered by Arab artists as well both in Spanish, English & Arabic. These four seem to be the most popular covers: Noel Kharman – Palestinian, Luciana Zogbi – Lebanese-Brazilian, Omani Version, Moroccan Version.