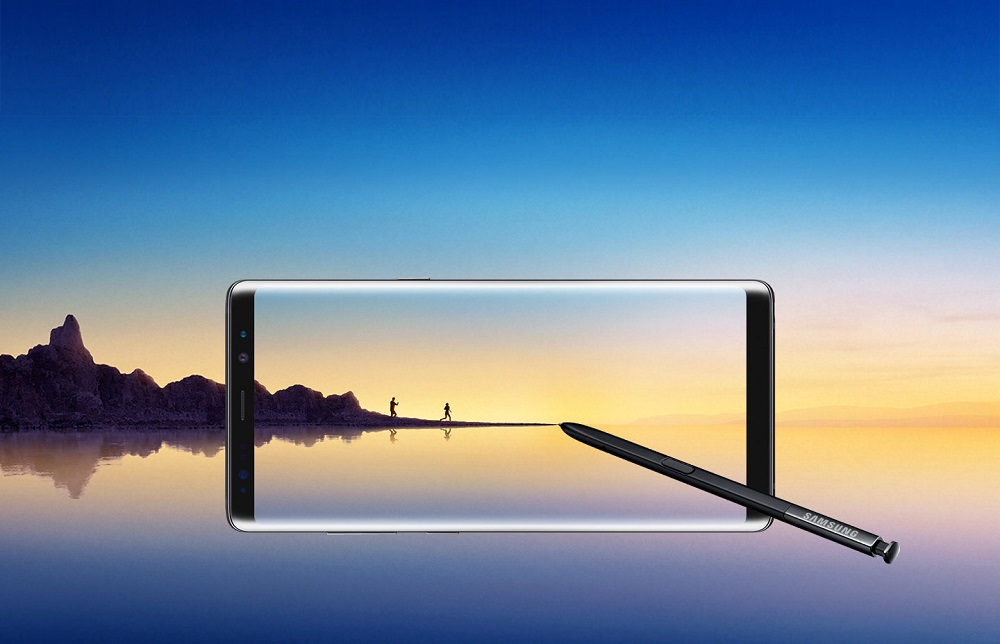 Samsung unveiled the beautiful Galaxy Note 8 earlier this week at its Unpacked event in New York. The event that was attended by many  and was also streamed live on YouTube where more than half a million people watched it. It was not just any other launch because of what happened to Note 8’s predecessor. The disastrous issue because of which Samsung had to first recall and make replacements to eventually just cancel the Note 7 damaged the company’s reputation big time.

Even though the sales numbers of Galaxy S8 & S8 Plus suggest that people are still trusting the company with their flagships, its real test is Note 8.

I have not held the device in my hand yet but having read the initial impressions and watched the videos available online, I am already sold. Yeah call me a fan boy all you want but I am buying Note 8 as soon as it comes out here. Yeah, it’s priced at 3,400 dirhams which is about 900 dirhams more than what Galaxy S8 Plus is being sold for but I am ready to pay this premium for S Pen, dual camera and the multi-tasking options that come with this beauty.

If you’re someone who can do fine without those two, its pretty much the Galaxy S8 Plus with more ram. For me however, the combination of these reasons below is what makes it my next phone.

1) Amazing things that S Pen can do

Those who have used previous editions of Note know how useful its stylus could be, and with Note 8 the list of amazing things it could do has grown even further. S Pen will now allow users to draw live messages on pictures they take. They could write handwritten messages, draw their own emojis and make animated GIFs. Apart from that it still does all the cool things it used to, including screen-off memos, smart select, screen-write.  Oh yes, its water resistant too.

This is Samsung’s first flagship phone with dual camera. Yes, the company may be late to the party with dual cameras making their way to iPhone Plus and different other phones recently but it has taken the thing a step ahead with Dual Image Stabilization which would result in sharper shots. But that’s not it. There are a lot of gimmicks that come with Note 8’s Camera including 2X Optical Zoom which means you can zoom upto 2x without losing any quality, Live Focus which lets you blur the background in any picture – what makes it different from similar feature in iPhone 7 Plus and some other phones is the ability to change severity of blur in real time. In my opinion, Note 8’s camera will be its second biggest selling point.

Infinity Display is one of the best things to come to Samsung Galaxy phones. I fell in love with it when I tried the Samsung Galaxy S8 at its launch event. With Note 8, its get even better as the phone has a slightly larger 6.3 inch screen compared to 6.2 inch of Galaxy S8 Plus. Just like S8 & S8 Plus, Note 8 also uses Samsung’s Super AMOLED Quad HD panel which is one the best in business.

Yes, Bixby had a lot of troubles when launched with Galaxy S8 & S8 Plus. But Samsung’s digital assistant is getting better with time. From taking photos to posting them on Facebook for you, Bixby aims to do it all. The digital assistant will also help users create albums, change phone settings, set reminders, order a cab, shop and a lot more on their voice commands. Bixby Vision helps you shopping by scanning the items and find it in stores so you can buy it. It also helps you translate things in real time.

For people like me who are multi-tasking most of the time, App Pairing is one of the coolest part of Note 8’s software. The feature lets you pair two apps together and create a shortcut on home screen or edge panel. Now whenever you click tap this shortcut, both the apps will be launched simultaneously in multi-window. I could already see myself saving a lot of time using this feature.

Samsung DeX was introduced with Samsung Galaxy S8 and S8 Plus. The idea is to turn your mobile phone into a computer using this docking station. Many others have also tried this in the past but Samsung seems to have done a thing or two right here with DeX being labelled as the best application of this idea yet. With Note 8, DeX has improved even further as shown in this demo here. Normally priced at around $100, Samsung is shipping DeX for free with Pre-Orders in some countries. Let’s just hope that’s the case for MENA as well.

Yes, both fast and wireless charging is becoming a standard these days but we still have some flagships that don’t have it so Note 8 having them is kind of reassuring. Who wouldn’t want their phone batter to recharge upto 50% in about half an hour.

Note 8 comes with different options that can be used to unlock the phone including an IRIS scanner, face scanner, fingerprint sensor, pattern, pin, password, and Google Smart Lock. Yeah for most of the people, a good pin or pattern would do but no one would mind those additional options, right? Yeah, not talking about the oddly-placed fingerprint sensor – not sure how someone could make use of that on a phone as big as Note 8.

AKG Acoustics is a company famous for making headphones and microphones. Its owned by Harman which was acquired by Samsung. With S8 & S8 Plus, Samsung shipped $99 AKG headphones in the box. Atleast they like to think that the headphones are worth $99. It has the same offering for Note 8, the phone comes with these headphones which may not be worth $99 but they’re pretty good for a free pair.

If all of that is not enough, they still have the headphone jack.