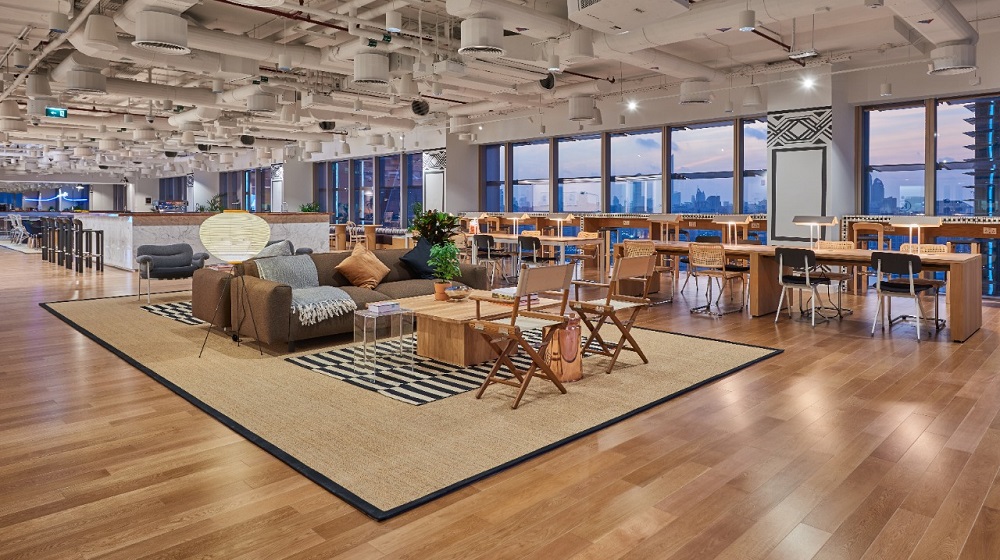 WeWork x Hub71 (what they’re calling the Abu Dhabi space) has three floors of what it says is a beautifully designed workspace offering 1,200 desks in the financial center of Abu Dhabi Global Market (located on Al Mayah Island, Abu Dhabi).

According to its website, WeWork x Hub71 offers private offices starting from AED 7,050 ($1,920) per month, dedicated desks (desk space in shared lockable office) from AED 1,300 ($350) per month, and hot desk memberships (which gives member access to shared workspace and common areas) for AED 1,100 ($300) per month.

The first members of WeWork Abu Dhabi have already moved into the space earlier this month including Hub71’s community of startups, VC firms, and tech accelerators. Techstars Hub71 is also hosting its first class at WeWork.

Ibrahim Ajami, Head of Ventures – Mubadala Capital and acting CEO of Hub71, said, “The launch of the new WeWork x Hub71 is another positive proof point for Abu Dhabi’s tech and startup ecosystem. Our mission is to provide entrepreneurs with community support and market access as they grow their businesses. The WeWork x Hub71 community is a fundamental part of our strategy to enable entrepreneurs with differentiated offerings.”

Riad Thoumas, UAE General Manager, WeWork, said, “The way that we work is changing, and WeWork is at the forefront of this change. We believe people are more productive and creative when they are comfortable and happy in their work environments, so we provide our members with the best spaces and services.”

“It’s clear that there is huge momentum building in the capital, particularly in the tech startup space, and our partnership with Hub71 and Mubadala reflects a change in the way that companies, large and small, are choosing to work. What sets us apart is our community and our ability to create a buzzing culture of collaboration – and we’re looking forward to watching our WeWork x Hub71 community grow and thrive,” he added.

The coworking company, according to the statement, currently has over 650,000 members in its 740 location that are spread across 140 cities in 37 countries. The other UAE location that’s listed on WeWork’s website is One Central in Dubai but it hasn’t officially launched and apparently doesn’t host any members yet.