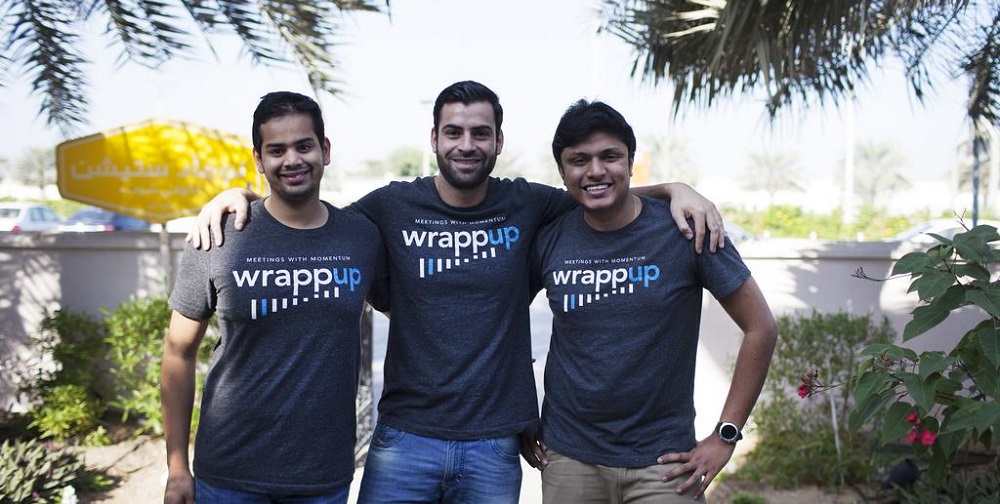 Voicera, a Silicon Valley based startup has acquired Dubai-based AI voice-to-text note taking startup Wrappup. The terms of the deal were not shared. Both the startups were trying to solve the same problem so acquisition makes a lot of sense.

Founded by Omar Tawakol, Ahmad Abdulkader, David Wiener and Mohamed El-Geish, Voicera is the company behind Eva, an enterprise voice assistant that helps people have productive meetings by making the meetings searchable, taking notes of decisions and action items, and following up with the users on those action items. The startup uses artificial intelligence and speech recognition to make this possible.

Voicera had closed its Series A of $14.5 million just last month with Microsoft, Google’s GV, and Battery Ventures among its backers.

Wrappup that was founded by Rami Salma, Ayush Chordia and Rishav Jalan, just like Voicera, had built mobile apps to help people take notes during meetings. The apps used to take these notes using speech analysis, NLP, and deep learning models to identify important moments during a meeting.

“Both companies approached the problems with meetings in synergistic ways. Wrappup’s mobile-first, in-person meeting product complements and extends Voicera’s initial focus on conference calls,” said Voicera’s founder & CEO Omar Tawakol, speaking about the acqusition. “We kept track of Wrappup from the first hackathon award they won and we are excited to have them join the team.”

“Wrappup was founded on the idea of squeezing the most important moments out of meeting conversations, while also capturing all the nitty-gritty details for easy reference. Joining forces with Voicera unlocks that potential beyond anything we could have ever imagined,” noted Wrappup’s founder & CEO Rami Salman. “Our combined tech stack and AI algorithms more accurately identify and summarize important moments from all your meetings, regardless of where they are held.”

Wrappups founder further added that they have been working to integrate Eva into their apps that have been rebranded to Voicera, which suggests two things; first one that its not an acquhire as Voicera will be usings Wrappup’s technology, and second that the acquisition was made at least few months ago. Terms of the acuqistion were not closed but Wrappup’s team has obviously joined Voicera as a result.

In a region, where the number of exits is still very low compared to some other parts of the world, it is the third one for BECO Capital in last one year with their portfolio companies JadoPado and RoundMenu also getting acquired during this period.