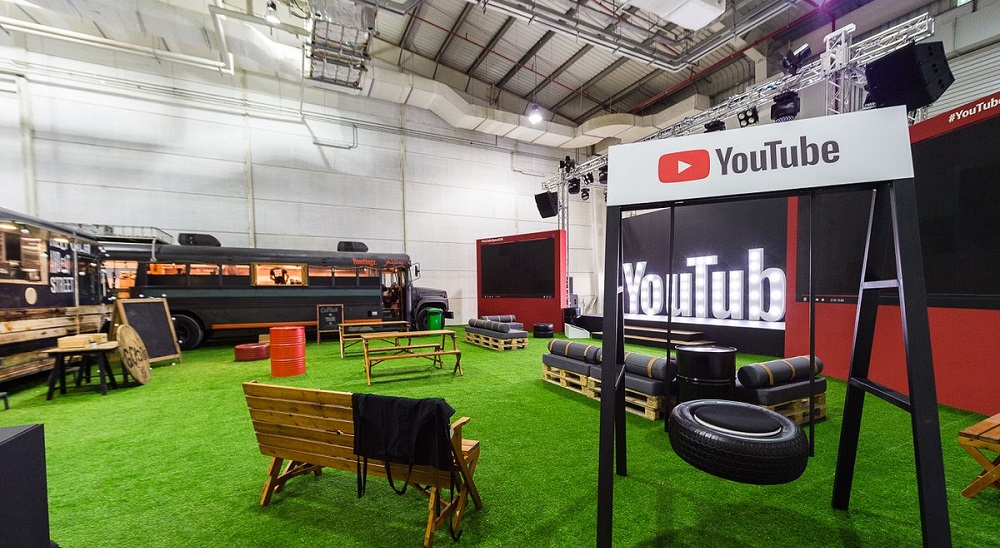 YouTube has announced the opening of MENA’s first YouTube Space in Dubai. The facility will be dedicated to support the creator community in the region by giving them access to ‘state of the art’ production space, the company said in a statement earlier this morning.

Dubai is the tenth city in the world after London, Sao Paulo, Tokyo, Mumbai, Paris, Berlin, New York, Los Angeles, and Toronto to host the YouTube Space. The program was originally launched in 2012 with more than 440,000 creators using these nine spaces around the world since then.

Regional creators (or channels) with 10,000 subscribers or more will be able to access and use the production facilities at the space (for free) which include two sound-proof studios, editing equipment, state of the art cameras and microphones, and a control room. The creators in a relatively lower-tier in terms of subscribers (1,000-9,999)  will only have access to workshops and events at the space.

Workshops at the space will be around different needs of creators with topics ranging from creative development and production, to business development and engaging with advertisers. All the creators will be required to sit through day-long workshop before accessing any of the Space’s services.

“Creators are the heartbeat of YouTube and supporting them has long been one of our most important priorities. We’re proud of the meteoric rise of Arabic content on YouTube, which has been spearheaded by a diverse and growing community of creators from different parts of the Arab world,” said David Ripert, Head of YouTube Spaces in Europe, Middle East, and Africa.

“We want the YouTube Space in Dubai to be a hub where creators don’t just continue to make the videos millions of people have grown to love but to also experiment with new formats and ideas made possible by the Space’s production facilities. As a platform, YouTube provides a blank canvas for creative expression and the Space will be one of the tools creators use to tell their own stories,” he added.

Robert Kyncl, the Chief Bussiness Officer of YouTube, speaking at the occasion, said,  “Over the years, we’ve witnessed a number of brave and creative people in the region build massive followings by turning the camera on themselves and sharing their voice with the world. In fact, five years ago when I visited, you could count the number of creators with a million subscribers on one hand. Today, the region has over 200 channels with over a million subscribers!”

The space is located in Dubai Studio City. Production slots for now will be limited until after Ramadan when eligible creators will be able to book the production sessions through an online booking form.