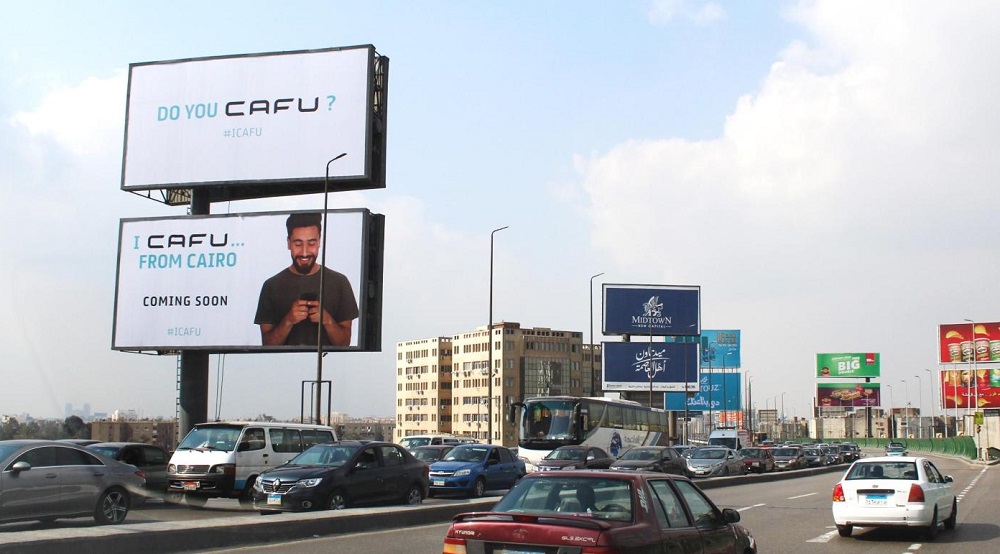 Cafu, the Dubai-based on-demand fuel delivery company is expanding to Egypt, it announced in a LinkedIn post on Wednesday without sharing too many details. MENAbytes had earlier reported this when Cafu had announced its expansion to Oman last month.

The announcement on LinkedIn features pictures of some of the Cafu’s billboards in Cairo confirming that the company is set to launch its on-demand fuel delivery service in Egypt’s capital. Even though Cafu hasn’t shared a timeline, with the billboards going up, it would be safe to assume that the Emirati company will be launching its services in Cairo within the next few weeks.

Founded in 2018 by Emirati entrepreneur Rashid Al Ghurair, Cafu enables users to have their cars filled with fuel wherever they’re parked, through its mobile app that’s available for both Android and iOS. Its services are currently available in Dubai, Sharjah, and Ajman, and are expected to be launched in Muscat very soon after its partnership with Al Maha Petroleum that was announced last month.

In Dubai, Sharjah, and Ajman, the users can request fuel delivery by leaving the fuel cap of their car unlocked without having to be there at the time of delivery.

According to its website, Cafu charges AED 18 ($4.9) for every fill-up or a monthly subscription fee of AED 26 ($7) for unlimited fill-ups. The company hasn’t shared any details about what it would charge in Oman and Egypt.

The company, MENAbytes understands, also has plans to expand to some other GCC markets within the next twelve months.

We’ve reached out to Cafu to learn more details and will update the story if we hear back from them.