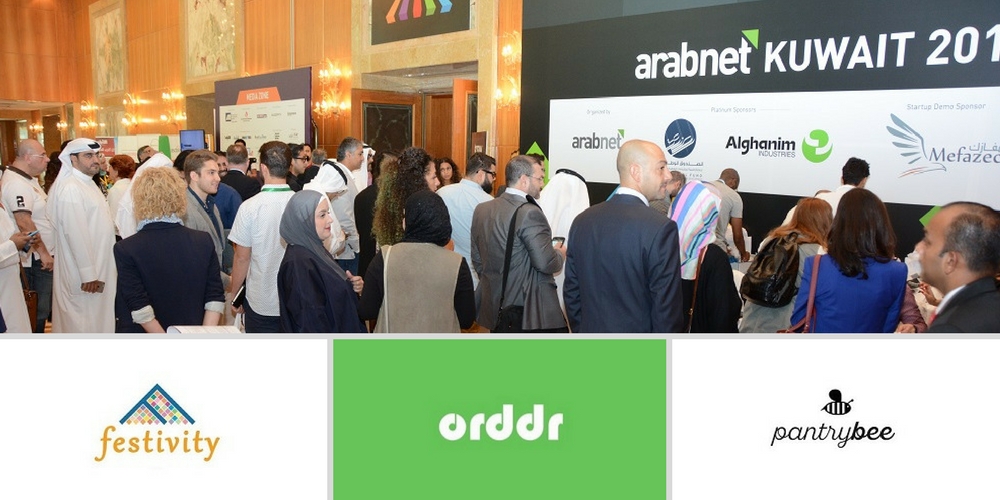 ArabNet Kuwait concluded yesterday after a two-day conference that had three different forums and competitions for startups and entrepreneurs. From the early reactions on Twitter, it appears that the conference was successful as it was attended not only by startup community of Kuwait but neighboring GCC countries as well including Saudi, UAE & Bahrain. In his concluding comments, Omar Christidis, Founder & CEO of ArabNet also shared the news about a Malaeb, a Bahraini startup raising investment from Saudi-based VCs & 500 Startups. Coincidentally, a representative from all the four VCs including Raed Ventures, Vision Ventures, Inspire Ventures & 500 Startups was present at ArabNet Kuwait.

The competition was won by Orddr. Co-founded by Naser Al-Qatami, Mohammed Alkhazal, its a B2B platform that streamlines the supply chain process in F&B industry by connecting food suppliers to hotels, restaurants, cafes, and other commercial buyers. The startup does not only have a marketplace but also offers the businesses registered with them, with different sales management and reporting tools to help them save time and money. Orddr’s services are currently available in Kuwait only.

Festivity, a marketplace for event-related services won the second place. Co-founded by Nasser AlTowaijri & Abdulwahab Alothman, the startup has vendors in more than ten different categories ranging from catering and furniture to venues and photographers. People organizing events can book any of these services online using Festivity’s web platform. For payments, Festivity sends an SMS with the link after confirmation of the orders. Customers can easily pay using the link through their credit cards or they may choose to pay cash.

The third place went to PantryBee, a startup that delivers fresh ingredients and recipe cards to customers so they can make their fresh meals by themselves.  Co-founded by Yousef Almunayes & Hind Al-Awadi, customers can order the meals on PantryBee’s web platform and the startup delivers pre-portioned ingredients and visual step-by-step recipe cards to their doorstep. The startup has recently joined the first cohort of Savour which happens to be the first F&B-focused accelerator of the region.

There was also a special award for a startup chosen by people through voting on ArabNet’s website. People voted for their favorite startups for a little more than 24 hours after these startups pitched on the first day of the conference. The award was won by Nabta Health, a startup that claims to be the first dedicated platform for women’s health in MENA. Co-founded by Sophie Smith & Mussaad Al-Razouki, the startup seems to have built different apps including Nabta Fertility, Nabta Pregnancy & Nabta Baby, that aims to provide different data-driven digital support services to women.

With two out of three winners from F&B, it seems that Kuwait’s love for food is getting even stronger. The country may have to wait until 2030 to become Food Capital of the world but to us its already the capital for FoodTech startups of the region.