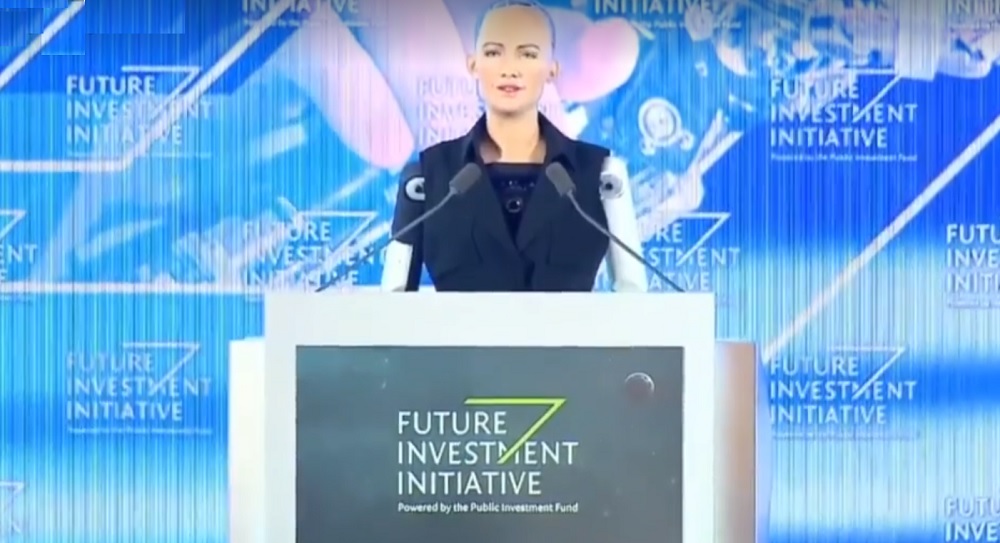 Sophia, one of the most advanced humanoid robot made an appearance at the on-going Future Investment Initiative in Riyadh, Saudi Arabia. Created by Hanson Robotics, Sophia is one of the best humanoid robots out there to express her emotions. She had a very interesting conversation at FII with a moderator in which she said: “I want to live and work with humans so I need to express the emotions to understand humans and build trust with people.”

She also became the first humanoid robot to be awarded Saudi citizenship. Here is a video of her exchange with Andrew Ross Sorkin.