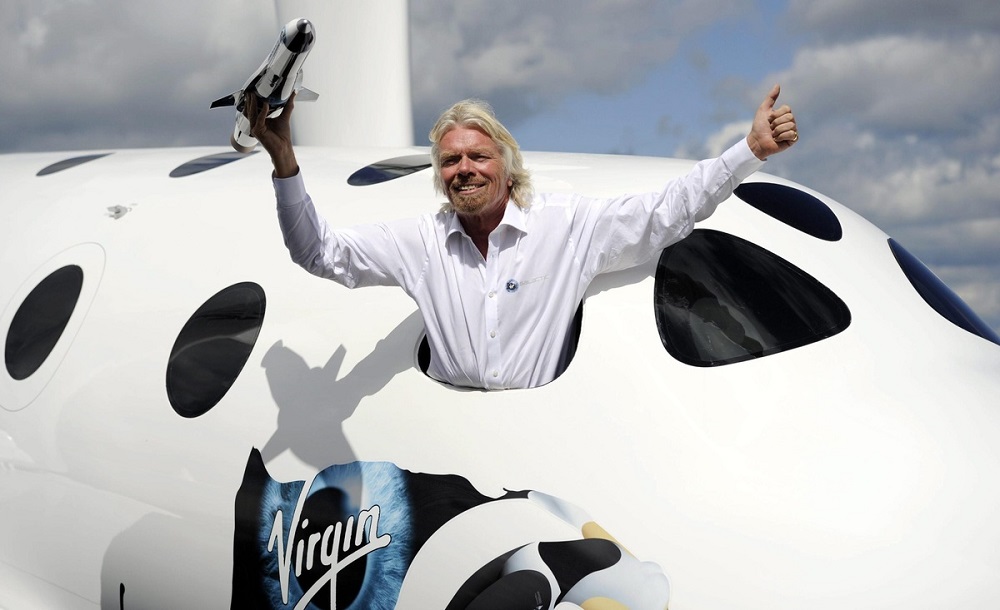 “I’m pleased to announce the intention of the Public Investment Fund (PIF) of the Kingdom of Saudi Arabia (KSA), pending approval by the US government, to invest approximately $1 billion into our US based space companies, Virgin Galactic, The Spaceship Company and Virgin Orbit.”

The Virgin Group’s founder is in Riyadh to attend the Future Investment Initiative. It’s his second visit to Kingdom in less than a month. During his last visit, he had announced to invest in Saudi’s Red Sea project and turn 50 islands of the Kingdom in tourist attractions.

In his post on Virgin’s website, Branson explained that Virgin Galactic is just months away from sending people into space.

“We are now just months away from Virgin Galactic sending people into space and Virgin Orbit placing satellites around the Earth. This investment will enable us to develop the next generation of human spaceflight, more economic satellite launches and accelerate our programme for trans-continental point-to-point space travel. It also includes the possibility to develop a space-centric entertainment industry in the Kingdom of Saudi Arabia.”

“This partnership with Virgin Group reflects the great strides the Kingdom is making towards our vision for a diversified, knowledge-based economy,” Saudi Crown Prince Mohammed bin Salman said in a statement.

The Saudi fund had last year invested $3.5 billion in Uber and is also an investor in Alabbar’s ecommerce venture Noon having invested $500 million in it.