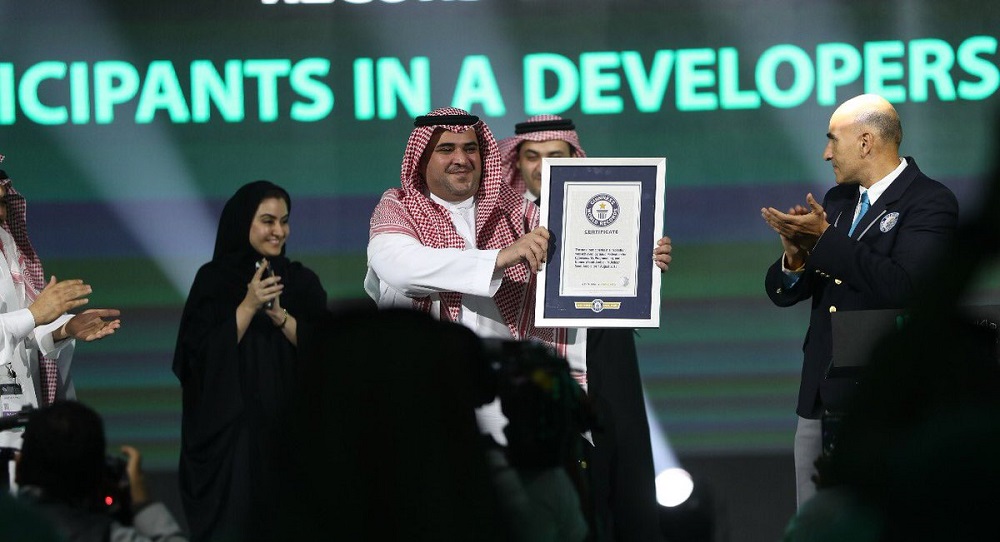 The certificate of the record, ‘Most Participants in a Hackathon’, was presented to Saud Alqahtani, the President of Saudi Federation for Cybersecurity, Programming and Drones by the representatives of Guinness World Records at the Jeddah International and Exhibition Center where the event is being held.

Hajj Hackathon achieved the record by bringing 2950 participants together from all around the world in one giant room. The previous record was with India where a hackathon had seen 2567 participants coding together, the representative of Guinness World Record said, while presenting the award.

According to the Saudi Federation for Cybersecurity, Programming and Drones, it had received over 19,000 applications by July 26th from applicants in more than 100 countries to take part in the hackathon. The leading countries in terms of applications received included Pakistan, Morocco, Algeria, Egypt, Saudi, India, United States & Japan.

Hackathon’s launch ceremony was attended by many big names including Apple’s co-founder Steve Wozniak and Wikipedia’s founder Jimmy Wales. Wozniak, speaking about the event, said, “Thousands of people are participating here trying to be useful and productive. One of the most powerful points of being here is to help the community, as the country has one of the greatest missions: Hajj.”

The event is set to conclude tomorrow after three days of activities, rewarding the winners with 2 million Saudi Riyal ($533,000).