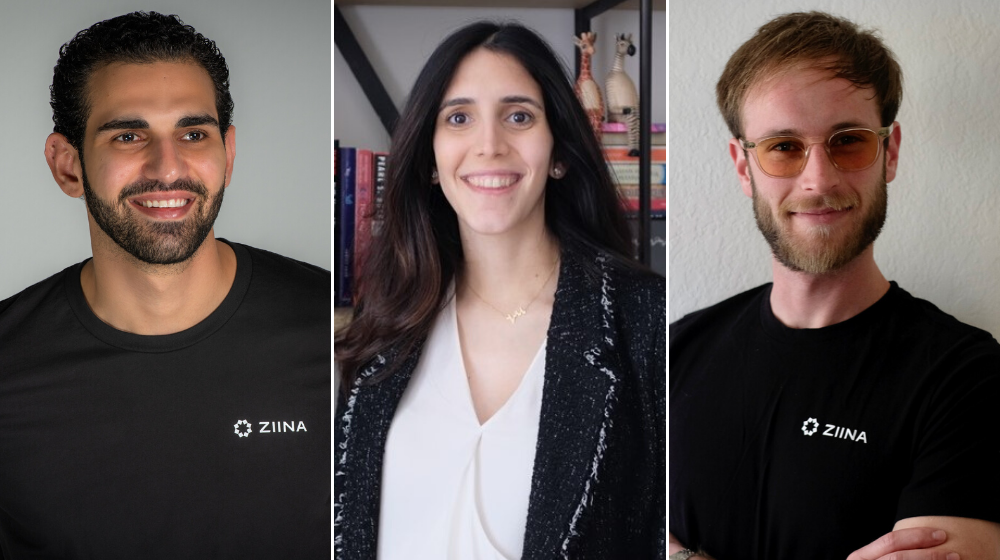 Dubai-based fintech Ziina has raised $850,000 in a pre-seed round and launched its social peer-to-peer (P2P) payment app, it announced in a statement to MENAbytes today. The round was led by San Francisco based Class 5 Global with participation from Samih Toukan’s Jabbar Internet Group, and other ‘prominent’ angel investors.

Founded earlier this year by Faisal Toukan, Sarah Toukan, and Andrew Gold, Ziina’s mobile app which the startup says is UAE’s first licensed social P2P app, allows the bank account holders in the country to send and receive money with just a phone number (without the need for IBAN or swift code).

“UAE bank account holders can now use their smartphones to send and receive money as easily as sending a text message,” said the startup announcing its launch, adding that it offers bank-grade security and end-to-end encryption.

The Venmo-like app can be used by the bank account holders in the UAE by creating a Ziina account and linking their bank account to it. They can then transfer money to (or request it from) anyone in their contacts. According to its website, Ziina doesn’t charge its users with any fee for the transfers. The banks, however, it says, take only 1 AED per transfer or nothing at all.

Faisal Toukan, the co-founder and CEO of Ziina, commenting on the launch, said, “With several user-centric features, Ziina will redefine the way people in the Middle East think of, interact with and experience financial services. Our company is founded on the belief that everyone should have access to the next generation of financial services.”

The startup plans to gradually introduce different new services including QR code integration, prepaid cards, and utility payments, and launch operations in Saudi next year which happens to be the largest GCC market with over 32 million people, 60 percent of which, as the statement points out, uses smartphones.

Ziina will make money by integrating different revenue streams into its products, “For POS solutions and prepaid cards, we will take a small percentage fee on all transactions from vendors,” it said in a statement.

Sarah Toukan, the co-founder and Chief Product Officer of Ziina, said, “We want to democratize access to financial services by placing one platform in the hands of every individual. For example, we want to make it possible for anyone who wishes to invest to do so easily by integrating 3rd party robo-advisors to Ziina’s platform. We will prioritize use-cases based on customers’ largest pain points and add them product by product.”

Joel Ayala, Co-Founder and Managing Partner of Class 5 Global, said, “The Middle East has one of the highest rates of smartphone penetration in the world and a young population. However, the economy is still cash-based. It’s tough for people to do simple things like paying their friends. Ziina is taking a Silicon Valley mindset to the region and solving this problem with technology. Class 5 is excited to join Faisal, Sarah, and Andrew in their quest to make peer-to-peer payments seamless and social for consumers in the region.”