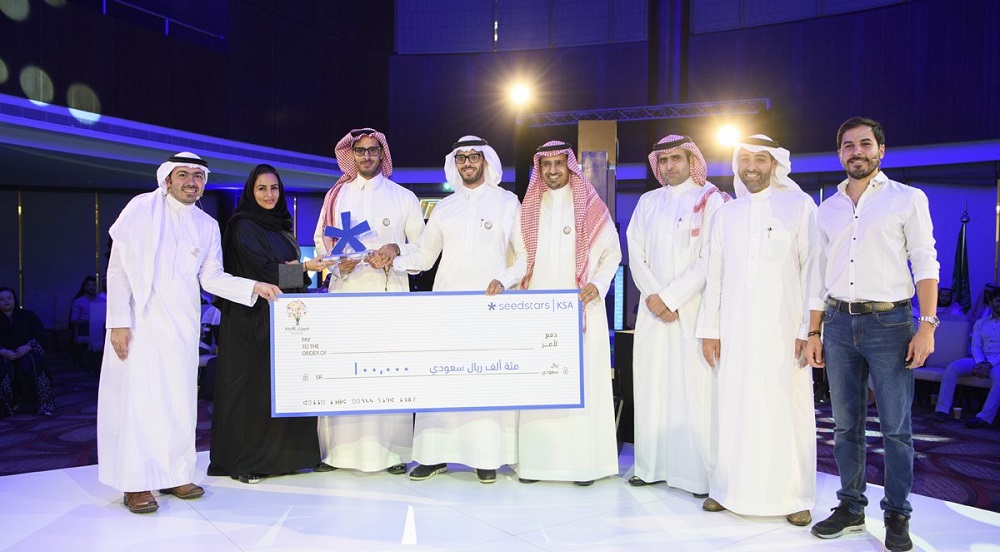 Seedstars concluded its four-week-tour in Saudi with the grand finale the day before yesterday in Riyadh. Eight startups that were selected from four different cities were given the chance to pitch in front of about 500 people including different stakeholders from the Saudi startup ecosystem. The competition was co-organized by MiSK Foundation and had some big cash prizes for the winners.

Taif-based Ynmo came out as winner of the competition, walking away with a cash prize of 100,000 Saudi Riyal (~$27,000). Co-founded by a brother-duo, Fahad Alnemary and Faisal Alnemary, Ynmo is a bi-lingual online platform for education and health service providers who serve people with special needs. Both the founders have academic background in the same field with PhD from University of California. The platform allows service providers to design individual educational/rehabilitation plans for their patients or students, collect different types of data using smart devices and generate progress reports. Ynmo also enables families to track updates and progress of their child by receiving daily notes.

I had a chance to see them pitch and it seems that they’ve built a solid product by going after a niche market by digitizing the workflow. And they’re off to a pretty good start, having six-figure revenues already (as claimed by them during the pitch).

Ynmo will now represent Saudi at the Seedstars Global Summit in Switzerland next year.

MarnPOS from Riyadh came in second winning a cash prize of 75,000 Saudi Riyal ($20,000). As its name suggests, it is a cloud-based point-of-sale system.

Good pitch, decent product. But they’re in a space that is starting to get crowded with many well-funded regional startups including Saudi’s very own Foodics and Jordan’s POSRocket.

Dahran-based Supplium (their website/landing page doesn’t seem to be working at the time of writing) won the third place, with a cash prize of 50,000 Saudi Riyal ($13,000). It is an AI-driven online procurement management system for restaurants. The platform allows restaurants to request all their supplies online. The transaction however takes place offline – that’s what I understood.

It was a great pitch overall but the founder was taken by surprise when asked about his exit strategy.

Labayh from Madinah won the fourth place, bagging 25,000 Saudi Riyal ($6,600) of prize money. The startup connects users with psychologist and psychiatrists through its mobile app to offer consultations related to different problems that affect their mental health. The users have an option to book consultation sessions in form of chat or voice calls. Labayh was also among the winners of ArabNet Satarup Battle Riyadh last year.

Great pitch – was grilled about their competitors by Talal AlAsmari, one of the judges, as they had not included Shezlong, a Cairo-based startup in the same space but the founder Bassem Al Baladi somehow managed it well in the end, explaining, local consultants as their advantage.

The overall quality of pitches and products was pretty good compared to what we normally see in Saudi – but there’s still a long way to go.