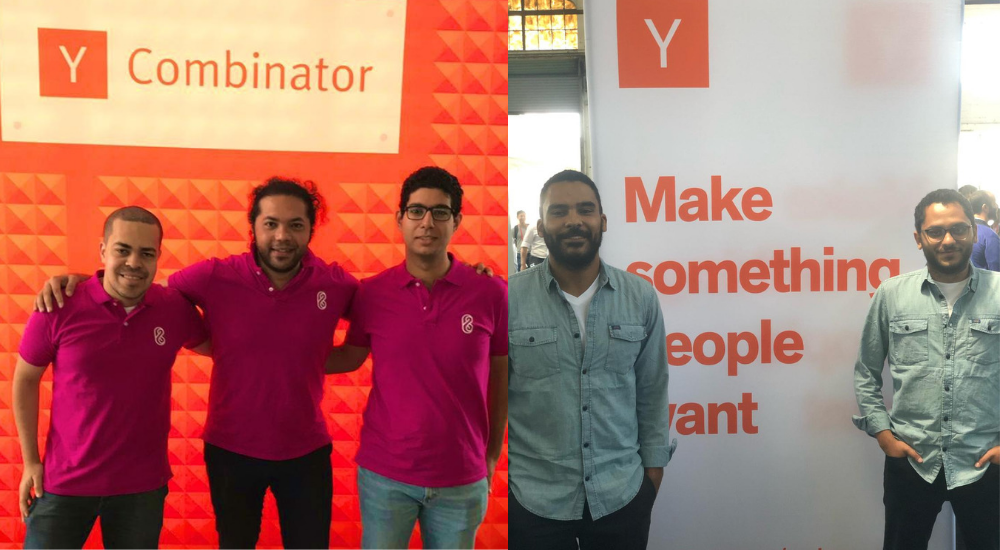 Y Combinator’s summer 2019 (YC S19) batch had 197 companies that graduated from the Silicon Valley-based accelerator program after completing the twelve-week program and presenting at its demo day earlier this week. All these companies apart from receiving extensive training and mentorship from YC also received $150,000 cheques as an investment in exchange for about 7 percent of stake. According to Crunchbase News, it is the largest-ever YC batch yet. And it has three (the number is debatable but we’ll get to that in a bit) startups from the Middle East & North Africa. These are the three startups from MENA (in alphabetical order) that just graduated from Y Combinator.

Cairo-based Breadfast delivers fresh bread, eggs, milk, and different breakfast products to customers’ doorstep every morning. Founded in 2017 by Mostafa Amin, Muhammad Habib and Abdallah Nofal, who’ve previously founded and led different other startups as well, Breadfast, according to a report by TechCrunch, is making $180,000 in monthly revenue (these are the numbers TC has apparently taken from Breadfast’s presentation at YC’s demo day) and has 35 percent gross margins as it makes its own bread.

Available only in Cairo for now, customers can place their orders on Breadfast’s website or mobile apps by 10 pm every day. The startup bakes on a daily basis overnight and delivers it to customers the next morning between 5 am to 11 am at the hour they choose.

Breadfast is backed by 500 Startups, Cairo-based Averroes Ventures, and Mohamed El Sewedy, a leading Egyptian business figure. They had raised a seven-figure (USD) Series A about two months ago.  COO of El Sewedy Electric

Lezzoo is the first Iraqi startup to have made it to Y Combinator. Starting with on-demand delivery services in Iraq, according to TechCrunch, Lezzoo wants to build a super-app for the Middle East. The startup currently delivers food, groceries and pharmaceuticals in five Iraq cities including Baghdad, Ebril, Duhok, Sulaymaniyah, and Zakho. We tried its multi-lingual Android app (that has been downloaded tens of thousands of times) and the focus appears to be on food, with a decent user interface.

TechCrunch citing Lezzoo’s founder reported that the startup is seeing positive unit economics including a net profit of 63 cents per delivery, with current users placing two orders per month. Iraq, as TC points out, due to lack of digital infrastructure is a difficult market to be in but Lezzoo in spite of that seems to have a good start.

Lezzoo was actually part of Y Combinator’s Winter 2019 (YC W19) class but because the founders were not able to attend the demo day due to delay in some legal proceedings and that is why they presented at the demo day of YC S19, we were told by Rekar Botany, co-founder and CTO of the startup. This is why the number of MENA startups that graduated from YC S19 is debatable. But it is definitely three if we’re talking about 2019.

Founded late last year by Omar Hagrass, Muhammad El Garem and Pierre Saad, Trella is a trucking B2B marketplace that connects shippers and carriers, bringing transparency in the freight industry. In their own words, Trella empowers truckers who get significantly more value and a more consistent flow of business through its platform while also reducing costs for shippers by improving load utilization and efficiency, and enabling shipment tracking in real-time.

Trella currently has 20 shippers using its services with shipment of 1,500 loads per month.

The Cairo-based startup had raised over $600,000 in a pre-seed round led by Algebra Ventures earlier this year. Omar Hagrass, co-founder and CEO of Trella in a conversation with MENAbytes earlier this month had revealed that they’re expected to close their multi-million seed round in October later this year. He had also told us that they will be launching their first international market in the next quarter.

To the best of my knowledge, it is the first time we’re seeing more than one startup from MENA make it to the same YC batch. The Silicon Valley-based accelerator has had 29 cohorts until now and the number of startups from MENA that have graduated from them is less than fifteen (including the YC S19 participants). So less than 0.5 startup(s) per YC batch from MENA (if that makes any sense). The most notable YC companies in MENA include Egypt’s Instabug, Morocco’s WaystoCap, and Dubai-based Tenderd that raised a massive $5.8 million seed round earlier this year.