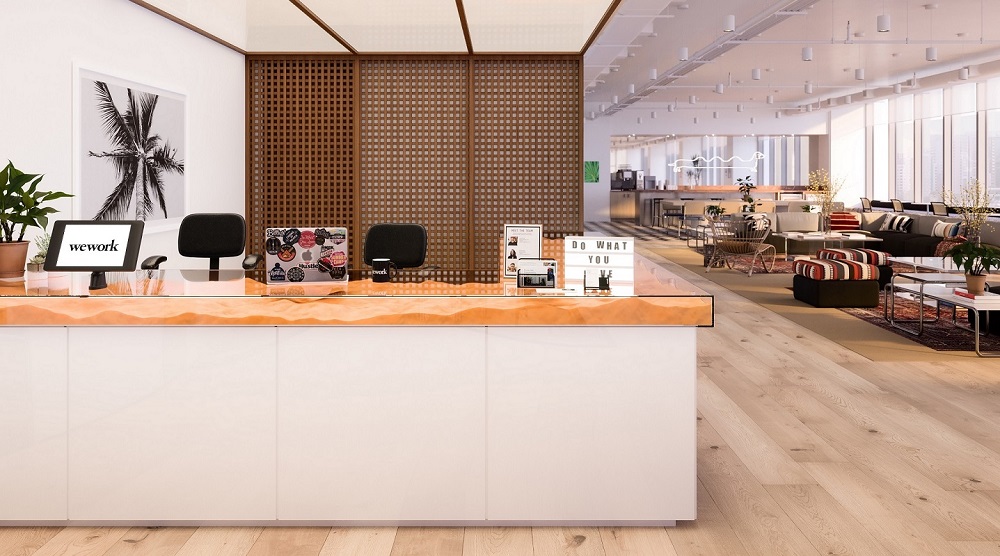 WeWork today has confirmed its expansion plans for the United Arab Emirates, saying it will open its first location in the country early next year at Hub71, a global tech ecosystem based in Abu Dhabi Global Market Square at Al Maryah Island. MENAbytes had previously reported that the company is planning to expand to UAE by Q4 this year by launching in Dubai.

WeWork, as the latest job postings on its website, suggest, will be launching in Dubai as well but it’s now clear that it won’t be this year and Dubai won’t be their first location in the region. It would instead be Abu Dhabi which makes sense as SoftBank’s Vision Fund which is backed by Abu Dhabi based Mubadala, is one of the biggest investors in WeWork.

The American coworking space giant alongside Hub71, according to the statement, will open over 5,000 square meters of collaborative and inspirational workspace tailored to tech companies, VCs, universities, corporates, and startups. The space will span across three floors, in what is also known as Abu Dhabi’s financial district.

Anthony Yazbeck, Managing Director, International Operations for WeWork, said: “We are excited to expand our global community through this new partnership with Hub71. The UAE’s capital city attracts innovative founders, established businesses, entrepreneurs and startups; the same type of people and businesses that call WeWork home around the world. Our mission is to create dynamic environments where these groups can learn from each other, increase productivity, recruit and retain talent, and bring the ideas of the future into reality. I’m looking forward to seeing what unique perspectives our Hub71 members – our first in the UAE – will bring to the WeWork community.”

WeWork that has raised close to $13 billion in funding to date at a valuation nearing $50 billion provides space, community and services to over 466,000 members around the world, including a range of startups and mid- to large-sized corporations.

Mahmoud Adi, CEO of Hub71, said: “WeWork shows that Abu Dhabi is ready to welcome global tech talent, international startups and founders from all parts of the globe. With a macro shift towards collaborative and adaptable ways of working, WeWork has become a leader in workspace solutions. Not only does WeWork build inspirational spaces, but also provides networking opportunities, as well as formal and informal events and programming. Through Hub71, Abu Dhabi residents will benefit from innovative workplaces and gain access to a network – both physical and virtual – that links them to WeWork’s members around the world.”

WeWork at Hub71, according to the statement will offer different products and services ranging from hot desks to private, noise-controlled office spaces, all starting at AED 1,470 (USD 400) per desk per month.