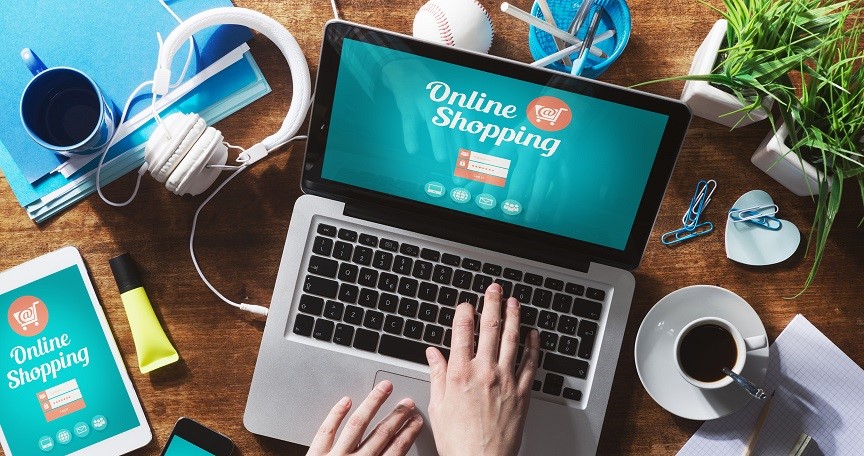 Even though a clear majority of people in this region likes to go to malls or physical stores for shopping, there are many of us prefer to buy stuff online now a days. Its easier and sometimes cheaper as well than going to a physical store. Different conventional electronics stores in the region have realized this and are adding channels to sell their products online as well. We have prepared this list of Here are the websites you can buy mobile phones, tablets and other gadgets online in Saudi Arabia. Most of them have some sort of physical presence (offices, stores or warehouse) so the shipping does not take long and they can easily be trusted.

Does not need an introduction. Souq.com is the largest ecommerce platform in the whole MENA region that has been acquired by amazon recently.  Being the pioneers of ecommerce in the region, they’re mostly the first ones to launch flagship cellphones and other devices. Shipping to all the big cities in the Kingdom, Souq.com delivers cellphones within three working days mostly. Souq.com also has 8 Pick Up Centers all across the Kingdom and a partnership with SMSA Express that has 114 centers across Saudi Arabia.

Wadi.com is the second largest ecommerce website in Saudi Arabia. With headquarters in UAE, they’ve been operating in Saudi for more than two years. Infact they launched in Saudi before UAE in spite of having their offices in UAE. They take a bit longer to deliver the products but just like Souq.com, they also ship all over the Kingdom and have a partnership with Aramex so you can pick up from Aramex Centers all around Saudi.

Jarir is the first name that comes to mind when you think of buying a cellphone in Saudi. They’re the pioneers of consumer electronics store in the Kingdom. Started as a bookstore, it has grown into the largest consumer electronics store of Saudi Arabia. With more than forty showrooms all over in the Kingdom, Jarir recently started focusing on ecommerce as well with the revamped version of Jarir.com. The best part about buying from Jarir is that for most of the products they offer their own warranty and their after sales services are pretty decent.

Famous for its November Mega Sale, eXtra is one of the largest electronics store in Saudi Arabia. Founded in 2003, it has 39 stores all across the country at time of writing. Unlike Souq & Wadi.com, eXtra started with physical stores and then moved into ecommerce but is now one of the largest websites as well in terms of traffic. Currently the 103rd most visited website in Saudi Arabia, eXtra delivers cellphones and gadgets everywhere in Saudi Arabia through its shipping partners SMSA Express & Aramex or you can order online and pickup from any of their stores in the country. They give you the flexibility to pay at the store within 48 hours of placing the order or pay online using different payment options including the local Saudi payment network SADAD which means you can use your regular bank accounts to pay.

X-cite is a relatively new entrant to Saudi Arabia. Started with physical stores few years ago, X-cite also sells online through its website. Like others, they also ship all around the Kingdom but their physical stores are only in Riyadh. Kuwait-based X-cite also has all almost all the brands of cellphones with some exclusive partnerships as well. X-cite is pretty much like eXtra with big stores and selling all types of electronics, cellphones and gadgets.

Axiom Telecom is the perhaps the only cellphone distributor that has been able to reinvent itself in the modern age. Many big names like Hadad Telecom have almost vanished from retail of cell phones. But Dubai-based Axiom Telecom has managed to stay relevant. Apart from selling from its more than forty stores in Saudi, the company sells online through its website AxiomTelecom.com and ship all accross the country. They only sell cellphones, tablets and acceossries for them.

Eddy is not a very big name in the Kingdom. Just like eXtra and X-cite, they also have physical electronics stores. With ten stores in the country, Eddy is not as big as eXtra but they are definitely an option worth considering. Their website also does not have a very large inventory of cellphones but all the latest cellphones including Samsung Galaxy S8 and Apple iPhone 7 Red are available. At time of writing, the total no. of cellphones on their website is less than forty.

Have you used any of these websites to buy cellphones or gadgets in Saudi Arabia? Please share your experience in comments below.