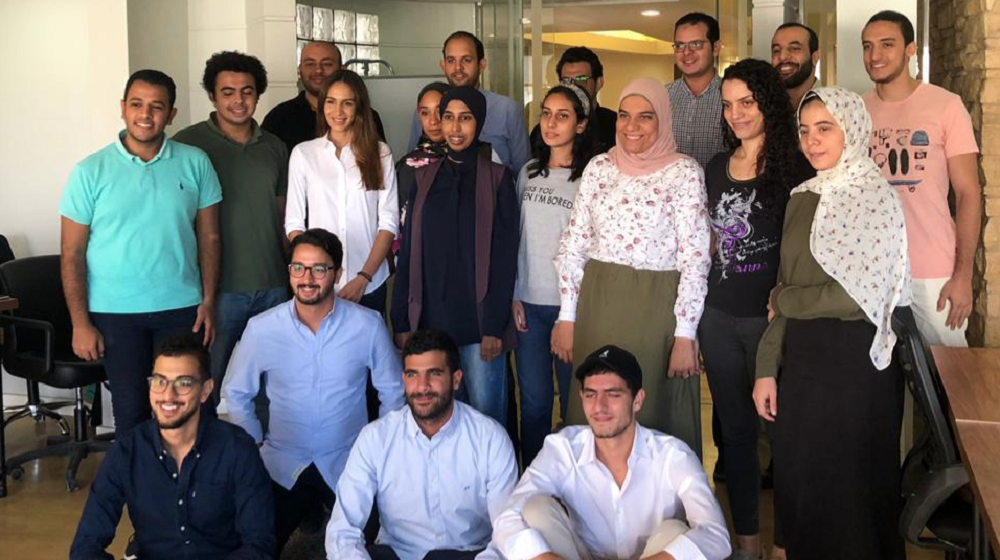 Cairo-based consumer tech startup Wasla has raised $1 million in seed funding from Egypt Ventures, Glint Ventures, and Ebtikar for Financial Investments, a local media outlet Waya reported today. The round was also joined by a group of angel investors. The total investment raised so far by Wasla since its launch has reached $1.2 million.

Founded last year by former Rocket Internet entrepreneurs; Serag Meneassy and Taymour Sabry; and an investment banker Mahmoud El Said, Wasla has developed a mobile browser that rewards users with free internet. The users earn points for surfing the web on Wasla Browser and the points can then be used to recharge their prepaid phone lines or pay their bill (in case they have a postpaid connection).

Wasla does this by leveraging digital advertising. The startup allows brands to run targeted ads, in both display and its proprietary conversion formats. Wasla also provides complimentary services including affiliate marketing and field research.

The browser that comes with localized content and aggregated digital services can be used by anyone across the world but currently rewards users (with free internet) only in Egypt.

Wasla claims to have attracted over 100,000 users organically without any marketing efforts since the launch of its beta version in December 2018, “This initial traction allowed Wasla to prove product-market fit and the growing need for affordable mobile internet,” the startup said in a statement.

Starting with Egypt, Wasla aims to provide free or subsidized internet to over 500 million users in emerging markets (mainly Africa) over the next few years.

“Based on average hourly income, in Africa, the average individual needs to work for 29 hours to be able to afford 2GB of mobile internet, compared to 40 minutes in North America and Europe. With almost 76% of global growth in mobile internet subscribers originating from emerging markets, the problem is only getting bigger,” Wasla noted in a statement.

The startup plans to use the investment to fuel its go-to-market strategy, grow the team, and introduce new product verticals with a focus on financial inclusion.

Wasla co-founders, speaking to MENAbytes, about the progress they’ve made since the launch, said that they’ve been speaking to over 10,000 users through daily outbound calls, in-product surveys, and user interviews to validate their next steps, “We have gathered all that user feedback and have released 11 product versions this year focused on improved performance and stability (reduced app size from 64MB to 20MB on our newest version). We have also been able to organically scale our user base and double our daily engagement from 19min/day to 38min/day while continuing to refine our product and build new features.”

“We also introduced new features such as WaslaFeed, a localized content aggregator that has both a standalone website which has a regional audience, and an API that serves personalized content to Wasla Browser users through the app. In addition to new and wider redemption options for our users through strong and growing partnerships with financial institutions,” they added.

Commenting on the investment, they said, “We are very happy to have reached this milestone, we couldn’t have achieved it if it wasn’t for the hard work and excitement put forward by our team. Now, we start to rapidly scale our user base while further developing our two new product verticals which shall be introduced during 2020. Finally, we are grateful to the investors who continue to show their support and excitement to help us build our vision further.”