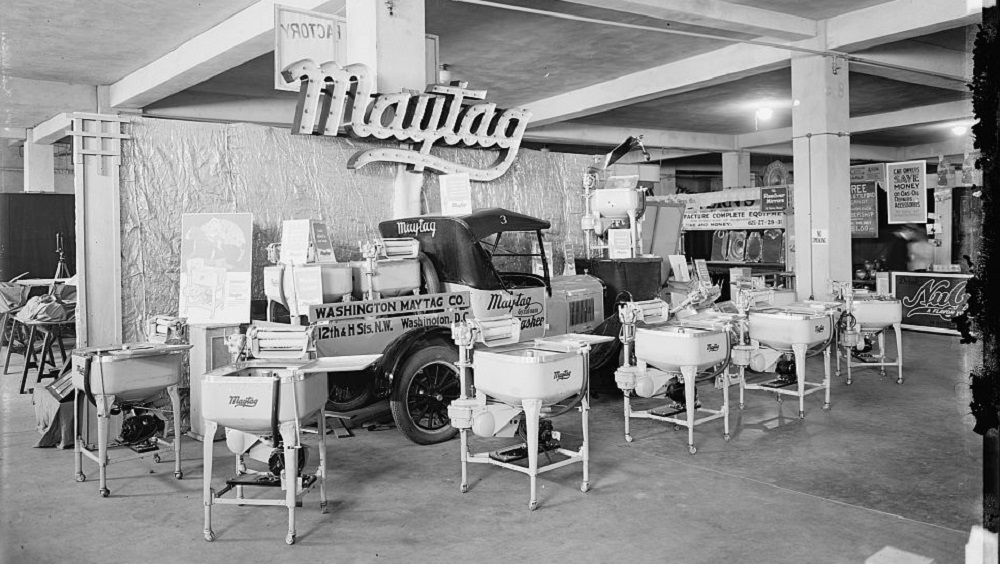 Ha Joon Chang, an economist and professor at Cambridge University wrote in his book, 23 Things They Don’t Tell You About Capitalism, that the washing machine has influenced the world more than the internet. In the 19th and 20th century, society had expected women to be responsible for many household duties such as cooking, cleaning, etc. Chang argues that the invention of the washing machine enabled women to join the workforce allowing them to leave behind many of their household duties. Liberating women from their “household duties” has doubled the workforce, increasing productivity while decreasing cost.

Chang, of course didn’t mean only the washing machine, but he meant many of the household technologies and utilities which have increased efficiency and saved economic time for many homes around the world. When you think about it, washing machines of the past are the Ubers and Airbnbs of today. Chang meant to argue that the way we use technology is more influential and impactful than the creation of the technology itself.

Of course, this argument doesn’t underestimate the amount of impact the internet has had on the world, but the truth of the matter is that the presence of women amongst the general workforce has given many countries an ability to compete industrially and non-industrially on a global level prior to the internet. How can one neglect the number of women working in many textile factories around the world in developing countries like Egypt, China, India, and many others? Those countries export billions of dollars worth of goods produced by a large female workforce. In countries where labor is affordable, women are one of the main reasons.

Covid-19 has given us something new. 2030 is the new 2020. The world is rapidly changing and the value of labor is drastically changing with it. Even though I certainly agree with Hajoon Chang’s argument, it is still important to closely examine the impact robotics is having on labor. We still have no clear verdict on the positive or negative impact of robotics, but the philosophical discussions are endless and the economic and societal impacts are still far from clear.

Now more than ever, the largest companies in the world are looking at new ways to automate a lot of their jobs ahead of any probable future pandemic or recession. They don’t want to deal with the negative PR of firing their employees while also making sure they don’t need to worry about levels of productivity and efficiency.

In YC’s last demo day the startups focused on robotics were some of the earliest startups not to only close their rounds of funding, but they were also the ones able to raise the largest amount of money while also having really good product traction.

Jerry Kaplan in his book, Humans Need Not Apply, talks a lot about the intersection between robotics, artificial intelligence, social justice and Morality. One question he brings up is if your own robot/autonomous vehicle ends up killing someone accidentally. Who will be punished? You or your robot?

While some might think the answer is simple it’s important to note that there is a new concept in robotics called the “singularity” in which the robot becomes more “intelligent” than the human being. Therefore, the question one must ask is, what is the definition of intelligence? And if they are truly more intelligent should they be punished and not their human owners? In this case then, what is morality? The presence of robotics highly impacts not only our economic well being but our societal well being. Their presence will alter many of the universal human values.

In Japan, due to a negative population growth rate, there are robotics companies manufacturing robots for the sole purpose of taking care of the elderly. Nearly 30 percent of the population over there is over 65 years old and by 2040, this percentage is expected to reach 40 percent. The younger population is apparently out of time due to their jobs which are very demanding. An important question here is if those robots can take care of the emotional side of the elderly? Or are they just concerned about their material well being? There are some robots that will be trained to say nice things and give you emotional support. But we have no idea (at least for now) how this will impact human relationships.

While the washing machine gave many people time to join the workforce, it took away some of the time families spent in their households together, giving space for robots to take over human relationships.

If robots take over the world, we might end up learning that they had used the washing machines (in their grand scheme of things) as trojan horses. Maybe that’s why Ha Joon Chang meant washing machines changed the world more than the internet?

Disclosure: The author is an investor in a YC & Khosla Ventures-backed robotics startup.