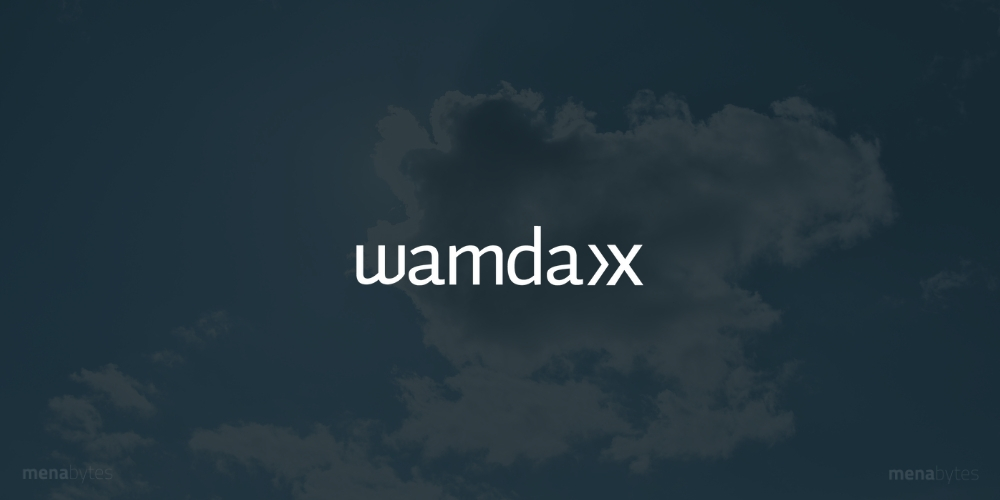 Earlier this year, we had joked about launching Why Not Ventures, a fund to invest in pre-idea ‘startups’ of the region. Published as an April Fools Day prank, the article noted, “We want to invest in them (the entrepreneurs) at this stage because no one else in the region would do that.”

Well guess what? That joke is being turned into reality. A part of it. In a very good way.

The four-month program that was announced at Wamda Mix N’ Mentor Dubai this morning, will offer entrepreneurs a grant of $16,000 (which converts in 5% only if a business is formed) and $100,000 follow-on equity funding plus in-kind support including mentorship and a working space in Dubai Design District. It’s a pre-idea, pre-business program, as explained on Wamda X’s website. But will be open even to startups with teams. And if its a team of two or more, the grant will be $25,000.

“We are here to help co-found businesses from their earliest stages. Be it an idea or a revenue generating startup, we want to be a part of it,” the website of Wamda X notes.

Our article was satire but what Wamda is trying to do with Wamda X could be game-changing for the entire startup ecosystem in the region.

”We aim to capture a broad range of fellows, anyone who has a business idea, at any stage, can apply. The inaugural batch will begin the middle of Q1 2019,” said Fares Ghandour, a Partner with Wamda Capital who is leading Wamda X. ”Wamda X wants to be the initial financier in founders and offers access to Wamda Capital in later stages of financing.”

“We are bringing entrepreneurs who are going to start thinking about building a company. We are igniting new entrepreneurs, we are supporting them with a grant and no commitment,” added Fadi Ghandour, the Executive Chariman of Wamda Capital.

Wamda X, as its website notes is easing the barriers for entrepreneurs to starting a business by reducing their dependency on family and friends for the initial financing.

How does it work?

Wamda has announced its call for applications. Anyone interested will have to apply and go through a rigorous screening process of online application, Skype interview, in-person interview in Dubai and a full day of exercises and another set of interviews during which the applicants will be tested for their ability to work under stress while keeping their eye on the big picture.

Wamda will then select a group of entrepreneurs to join the program. It doesn’t specify the number people who will be selected in the first cohort but explains that the selection will be based on applicant’s ability to think critically about a problem and solve it in a smart manner, to work under stress, and their drive to solve a market failure.

Once selected, the entrepreneurs will join the program in mid Q1 2019 and each one of them will be paired with a Wamda Buddy, a senior executive from Wamda’s team, who entrepreneurs could rely on for anything during the program, and a team of mentors.

'We are bringing entrepreneurs who are going to start thinking about building a company. We are igniting new entrepreneurs, we are supporting them with a grant and no commitment'Click To Tweet

For the first two months, the program will help entrepreneurs build early teams and the next two months will be dedicated to solidifying the idea. Wamda needs the entrepreneurs to be in Dubai for 2 to 3 months and they can complete rest of the program from wherever they like.

“We believe that you know what is best for you. While we’ll be here to guide you, this is a relatively hands-off programme that emphasises relationships over programming. That means what you do with your time and during your meetings with your Wamda Buddy, mentors, and peers is entirely up to you,” notes Wamda X’s website.

The program as the website points out is monthly renewable with no strings attached. So Wamda or the fellow could end the participation at any point. A double-edged sword. The money is also given on monthly basis, 15,000 dirham (about $4,000) every month.

“We want to cushion the transition from being an employee to starting up, which means by the time they receive the grant they should be ready to work on their ideas full time. We’re essentially saying that we’ll pay you to quit your job and work on cool ideas – 15,000 dirham monthly should be sufficient for people to feel incentivized to take the offer without worrying about a steady income,” said Fares Ghandour, Wamda X Lead, in a conversation with MENAbytes.

“Of course, many will be taking pay cuts. By no means do we believe 15,000 dirham monthly is sufficient for most of those applying, but they also must show commitment to either accept the pay cut or subsidize using their own savings if they need to. This is their idea and and will be their company, and the program and grant are there to support the process of starting up, not replace the commitment founders are expected to make,” he added.

What happens after the program

The ideal case scenario will be each participant launching a scalable business during the program and qualifying to receive $100,000 investment from Wamda Capital which is given in exchange for 10% equity in the business.

But if a participant fails to do that, Wamda may offer an option to extend the grant on monthly basis or to become a part of another fellow and help them launch their startup. The third option could be joining one of Wamda Capital’s growth stage companies or the participant could just do their own thing. Regardless of the outcome, they’ll be a part of Wamda’s network for lifetime.

Who is eligible to apply

Wamda does not have an eligibility criteria but Fares Ghandour in his conversation with MENAbytes has confirmed that program is nationality agnostic and anyone could apply, “Our focus has been and will continue to largely be MENA as an organization meaning the problems and ideas have to be applicable to the MENA market, regardless of who wants to solve those problems,” said Fares.

The website highlights that Wamda X aims to capture a broad range of fellow.

“There is much debate in what makes for a “good” founder, and the characteristics attributed to successful entrepreneurs are diverse. We want Wamda X to include driven fellows, eager to disrupt the status quo, but also mature enough to know how to maneuver in the real world.”

Wamda does not want have a specific number of participants its aiming to accept for the first cohort.

“It’s merit based program, so if we find 15 or 20 individuals we like, we’ll back them all. If we only find 5, so be it, I’m sure we can optimize the offering to make it more appealing for future applicants. I’d say about 10 would be ideal per cohort, 2 cohorts a year,” added Fares.

Applications are now open and the last date to apply is 20th January. You can apply here and learn more about the program here.

Update – Dec 15, 2018 – 8:30 AM GMT: The story was updated with some more details after we spoke with Fares Ghandour, Wamda Capital partner who is leading the Wamda X initiative.