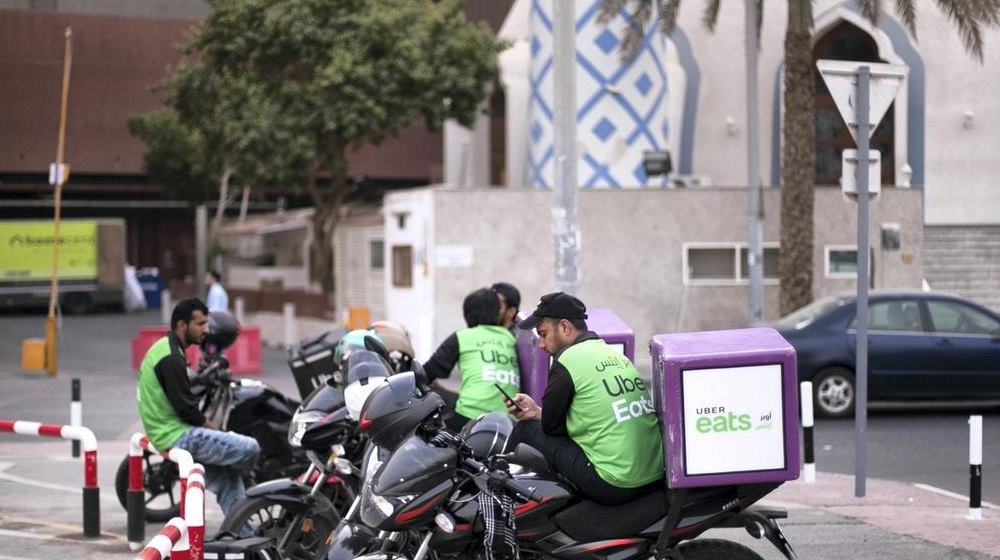 Uber Eats, the food delivery arm of Uber is exiting Saudi Arabia, Egypt, and five other markets, the company announced in a regulatory filing and emails sent to its customers today. In addition to exiting Saudi & Egypt, Uber Eats will transfer its business operations in the United Arab Emirates to Careem which operates its own food delivery service Careem Now in the country.

The exit from the Middle East comes almost four years after it expanded to the region with its Dubai launch in 2016.

The company in the filing announced that it would fully discontinue Uber Eats operations in the Czech Republic, Egypt, Honduras, Romania, Saudi Arabia, Uruguay and Ukraine by June 4, 2020.

In an email sent to its customers in Saudi Arabia (where its food delivery service is available in Riyadh, Jeddah & Dammam) earlier today, Uber said that the service there will be suspended at the end of the day.

“After years of partnering with local restaurants to offer convenient, reliable food delivery, we have made the difficult decision to discontinue Uber Eats in Saudi Arabia at the end of Monday, 4 May. While we are sad that Uber Eats is leaving Saudi Arabia, we are committed to continue serving our communities here through our Uber Rides business,” noted the email.

“Our number one priority now is to minimize the impact on the valued employees, restaurant partners, delivery partners and consumers who have supported us,” it added.

In a similar email sent to its Egyptian customers, Uber announced that the Uber Eats service there will be discontinued on May 18. And the email to customers in UAE explained that Uber Eats is joining forces with Careem and the customers there will be able to place their orders using Careem Now app from May 18 onwards.

What’s interesting about this move is that Uber hasn’t announced a similar transfer of business in Saudi Arabia to Careem. Careem’s food delivery service Careem Now has been operating there since December 2018.

The filing by Uber notes that they made the decision of exiting these markets as part of its ongoing strategy to be in “first or second position in all Eats markets by leaning into investment in some countries while exiting others.”

.”The discontinued and transferred markets represented 1% of Eats Gross Bookings and 4% of Eats Adjusted EBITDA losses in Q1 2020. Consistent with our stated strategy, we will look to reinvest these savings in priority markets where we expect a better return on investment,” said the filing.

Even though Uber Eats is leaving the Middle East with this move, Uber indirectly will continue to have food delivery interests in the region through its subsidiary Careem.

Uber Eats, earlier this year had also exited India by selling the food delivery business to local rival Zomato in an all-stock deal.

Glovo, the European on-demand delivery startup that was fairly popular in Egypt also announced its exit from the market earlier this year.