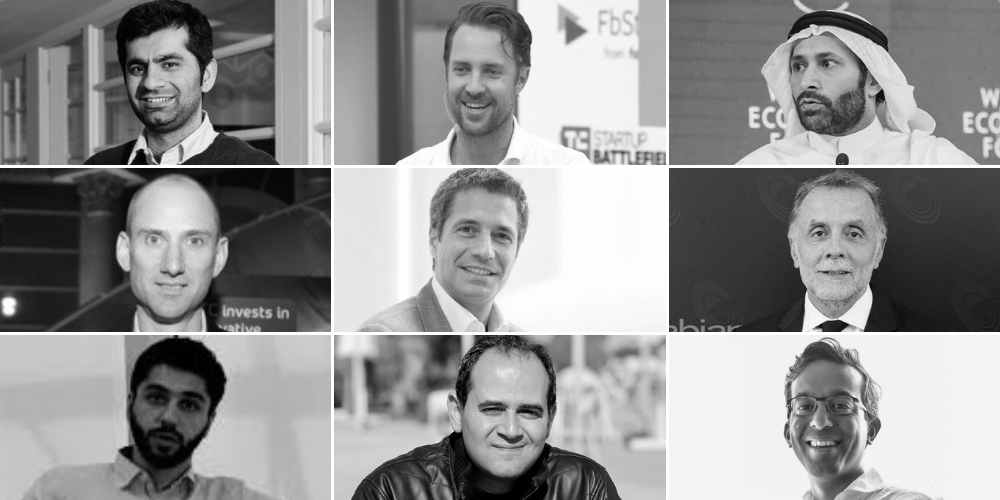 After months of silence, we’re now hearing again that Uber is still trying to acquire Careem. What’s different this time, however, is the claim of Bloomberg’s unnamed sources that both companies are in advanced talks and could announce the deal in the coming few weeks – a cash and shares transaction that could value Careem at about $3 billion.

Careem in its last round was valued reportedly valued at over $2 billion. Even though the exact valuation is unknown, $3 billion would help all the investors including those who participated in the most recent funding round make decent returns on their investment. The company has raised close to $800 million in investments until now.

But investors won’t be the only ones who will come out as winners if this transaction takes place. In this piece, we try to take a look at who could end up making a fortune if the company exits to Uber in the coming few weeks as Bloomberg has reported.

Mudaassir Sheikha and Magnus Olsson, two former McKinsey consultants founded Careem in 2012 with less than half a million of their own capital and have been leading the company since then along with the third co-founder, Abdulla Elyas, who joined them after Careem acquired his Jeddah-based startup Enwani in early 2015.

Both Mudassir and Magnus, until closing of Careem’s Series E in 2017, had double-digit shares in the company. It is not clear how much they hold at the moment as Careem went on to raise more money after that round but it would be safe to assume that they still own double-digit equity or something very close to that, which means that they’re going to make hundreds of millions – something around $300 million but what this number looks like eventually depends on the liquidity preferences and a lot of other things.

We have no idea how much Abdulla Elyas owns but given how critical he was for company’s success in one of its biggest and most important markets, Saudi, he must have earned a decent amount of equity which could translate into tens of millions at least.

Careem’s exit is great news for so many regional VCs especially those who went in early. Some of these were even skeptical about company’s chances against Uber initially but eventually ended up investing. These are some of the VCs who will be making the highest return on their investments.

STC Ventures (managed by Iris Capital) was the first institutional player to invest in Careem. The firm invested led $1.7 million of seed funding round in the company in Sep 2013. The round was also joined by some angel investors. STC Ventures then invested in Careem’s Series B and Series C as well. STC Ventures does not hold a large stake but would be making the biggest returns of all investors as the went in before anyone else.

Al Tayyar Travel Group was one of the first corporates to believe in Careem. The Saudi travel conglomerated led Careem’s Series B round of $10 million round by investing a little less than $5 million and continued to participate in the following rounds to maintain its double-digit stake in the firm. They’re one of the largest shareholders in the company today and having invested in the early stages will be making some big money if the acquisition gets through.

BECO Capital, one of the leading VC firms of the region, had first invested in Careem in 2014 when the company raised its $10 million Series B. The Dubai-based VC then made follow-on investments by joining $60 million Series C in November 2015 and $350 million Series D in 2016. Being one of the early investors, BECO in spite of its small stake in the company would be making great returns on the capital they’ve invested.

Endure Capital had first invested in Careem in 2015 – the publicly available data show that they had joined the $10 million Series B in 2014 but they had actually made the investment in 2015 before Careem’s Series C and after the Series B. Endure Capital had then followed in the Series D & E. It’s not clear how much Endure has invested in the company until now but their cheque sizes are usually very small which means that they own a very small stake, probably smaller than any other VCs who had gone in early but they would obviously be making some brilliant returns.

Arzan VC, the Kuwait-based VC firm is also among the early investors in Careem. It is not clear when exactly they had invested but it was before the Series D. Some publicly available records suggest that they had joined the $60 million Series C but Careem’s announcement of Series C that is still available on their website does not name them as an investor.

Kuwait Investment Authority’s Impulse was also one of the early investors and had joined Series C but did not join the future rounds.

All these firms except Al Tayyar have a small stake in the company but because they went in quite early, they would be making some brilliant returns on whatever capital they had deployed in Careem. Any investor who invested in Careem before it raised its Series D would make really big returns on their original investment.

Saudi Technology Ventures, the largest VC fund of the region, having led Careem’s last round, could also make a fairly decent return as a result of this acquisition.

There are so many Careem employees who will end up making money if this transaction takes place, which perhaps would be the best part of this acquisition. It has its downside as well for the employees but let’s keep that for another piece. It would be a big payday for Careem executives who have been with the company since its early days. Many of those who’ve left after staying for a decent amount of time will also be making good money but the biggest reward among employees could be earned by the following.

Ankur Shah who joined Careem in 2015 as Chief Finance and Development Officer (not Chief Finance and Strategy Officer). He is the only  C-Level executive in the company apart from founders and has been a key figure in Careem’s success.

Hadeer Shalaby, who had joined Careem, in November 2014 after her startup was acquired by the company. After leading Cairo as General Manager of the city for almost three years, Hadeer, per her LinkedIn, moved to Careem HQ to lead the alternative mobility function and start new categories like bikes and deliveries in different cities. She is currently leading the Careem Bus initiative.

Bassel Al Nahlaoui, Careem’s Managing Director for Gulf who earlier served the company for almost two years as Vice President of Business Development, is also among the key executives who have been with Careem for few years now. He had joined the company as VP People in September 2016.

Junaid Iqbal, the Managing Director of Careem Pakistan has been with the company since October 2015. Pakistan, just like Egypt, has been a very difficult market for Careem since it entered the country due to different reasons including security concerns for both riders and captains. But Junaid somehow has been able to survive all of that, when in Egypt, Careem has had to change the MDs at least three times for different reasons during the same period.

Ibrahim Manna, Careem’s Managing Director for Emerging Markets had joined the company in Mar 2015. He is one of the key figures in the company who is responsible for the expansion of Careem in different emerging markets during the last few years.

There are many other executives including Careem’s Vice President for People Ruth Fletcher, Director of International Media Relations Gemma McKeown, who could also make some decent money if the company exits to Uber but the biggest winners among these executives will also be those who were able to earn equity before Careem’s Series D as that equity is worth a lot more today. Many of those who have left the company but earned stock while their time with Careem could also have a big payday.