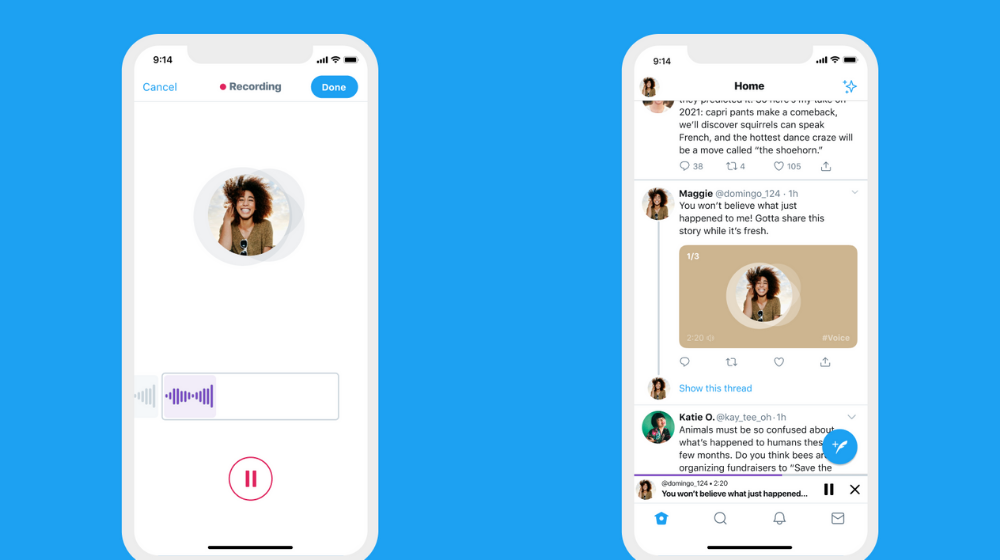 Here’s one of the first voice Tweets ever.

Twitter just launched Audio Tweets. Get dunked on for your voice, not just your ideas! pic.twitter.com/l43UrGCo0s

It is not immediately clear if Twitter has plans to do introduce the (ability to create and publish) voice tweets for Android or web anytime soon.

“Over the years, photos, videos, gifs, and extra characters have allowed you to add your own flair and personality to your conversations. But sometimes 280 characters aren’t enough and some conversational nuances are lost in translation. So starting today, we’re testing a new feature that will add a more human touch to the way we use Twitter – your very own voice,” said the company in a blog announcing the new feature.

The feature enables Twitter users to publish140-second-long voice tweets and functions pretty similar to how WhatsApp voice notes work. The good thing about it is that once the users reach the 140-second limit, a new voice Tweet starts automatically to create a thread.

The company said that the voice tweets will appear on the timeline of users alongside other Tweets, “To listen, tap the image. On iOS only, playback will start in a new window docked at the bottom of your timeline and you can listen as you scroll. You can also keep listening while doing other things on your phone or on the go.”

To create a voice Tweet, the users can open the Tweet composer (like they normally do) and tap the new icon with wavelengths. They will see their profile photo with the record button at the bottom. Tapping this will start recording the voice tweet.

Twitter has not shared any details about how it plans to moderate the content in voice Tweets.