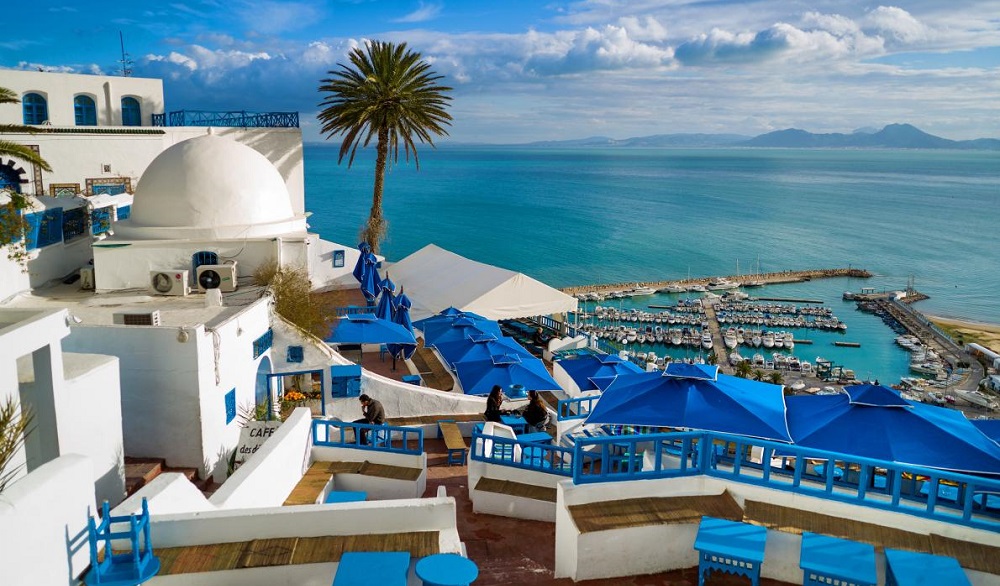 Tunisia moved up two spots from last year’s ranking and followed a regional trend in the Middle East and North Africa demonstrating strength in Product Innovation and Risk Capital. It also mirrored the other African countries’ great strength in Opportunity Perception.

This ranking might come as a surprise to many, but it is reflective of many improvements in the startup ecosystem, and a general local tendency that recognized the potential that startups have, and their ability to help a sluggish economy recover. 2018 is already shaping up to be an even more dynamic year for Tunisian startups, showing a real collaboration between the public and private sector to tackle the main issues preventing innovators from growing and scaling their businesses.

Undoubtedly, we can attribute a lot of the changes to the 2011 revolution that marked the beginning of a more open internet era, allowing the general public and industry experts alike to weigh in on the most urgent issues to tackle, and rally people behind certain measures to take or policies to enact.

After playing a major role in assembling protesters and eventually toppling the Ben Ali regime, social media also became the way individuals and organizations challenge the status quo and voice their opinions to government officials. Entrepreneurs were no exception to this, and the role of technology in the future of Tunisia quickly became a hot topic, especially with rising levels of unemployment of +15%, and alarming rates of inflation and levels of inequality that the state and the public sector cannot solve alone.

The Return of the Diaspora*

The revolution also encouraged many of the Tunisian diaspora to return home hoping to use their skills and experience to shape the new Tunisia and establish successful business with global ambitions. Cogite led the way in 2013 for many co-working spaces, accelerators and incubators to offer support programs for entrepreneurs and early stage startups to develop, and we can now count over 20 of these spaces scattered all over the country, most notably Flat6Labs Tunis, the Founder Institute Tunisia, and B@Labs among others. Startups started tapping into funding — though still limited in volume — thanks to angel investors and innovation centers such as IntilaQ, the leading investor in Tunisian startups with a portfolio of over 11 Million dinars invested in 26 startups, and AfricInvest, a Tunisian investment and financial services company that is showing a growing interest in the Tunisian market.

Most recently, TunisianStartups, an association bringing together Tunisian Startups with the aim of ‘facilitating their day-to-day business and professional activities’ has announced a new initiative called the Tunisian Startups Index (TSIndex). It is a ‘crowd-sourced online interactive platform that measures the impact of the Tunisian Startups on the local economy and tracks the startups’ entrepreneurial ecosystem valuation’.

*A few years after the revolution, the initial hype died down amid difficult economic conditions and slow recovery. Many have opted to leave the country again creating a new wave of brain drain that the government is trying to remediate through a new piece of legislation (see below)

Most Importantly: The Startup Act

In the above-mentioned Global Entrepreneurship Index ranking, Tunisia scored the lowest on competition, internationalization and cultural support with 0.249, 0.217 and 0.329 out of 1 respectively. This historical piece of legislation aims to tackle all three elements and more, setting a precedent for the environment in which the startups operate and the advantages they benefit from:

The Tunisian Ministry of Information and Communications Technology will take it upon itself to help startups stay focused on developing their product and improving their services, by facilitating the paperwork and processes required for incorporating the companies, receiving benefits, filing for intellectual property, and so on.

The law will also offer unprecedented privileges for startup founders that can reach up to 8 years of tax exemption, along with the ease of stock distribution and liquidation, and special customs procedures.

Thanks to the Startup Act, employees in the public and private sector could benefit from up to a year of time off from their current positions to launch a startup, with the option to return to their old jobs in case the startup doesn’t take off. The state will also provide subsidies in the form of wages to startup founders in the first year, to reduce the financial burden and instability that could come with starting a new endeavor.

Startups are a numbers game, and the high risk of failure is part of the equation. However, even if 95% of startups fail, that means 5% of all startups launched will grow and contribute significantly to the economy. Not only that, the people who fail will have significant experience in the tech and business worlds, making them better employees able to add value to the job market.

Tunisia’s location — just a short flight away to most prominent countries in Europe, the Middle East, and Africa — along with most Tunisians’ proficiency in at least three languages (Arabic, French, and English) can only get us excited about the prospects of a regional tech giant emerging from here.

Having said that, Tunisia still has a lot of challenges to overcome, especially to attract more foreign investment and talent, fight corruption, and encourage its companies to expand internationally. But small victories like the Startup Act keep everyone focused and optimistic, which can only mean one thing:

Keep an eye on Tunisia, because the next wave of innovation might very well come from here!

Anis Kallel
Guest Author at MENAbytes
Co-founder and CTO at Kaoun, a Tunis-based FinTech startup that aims to empower people become part of the modern financial world - by using data science to power payments and credit scores. He can be reached on Twitter.