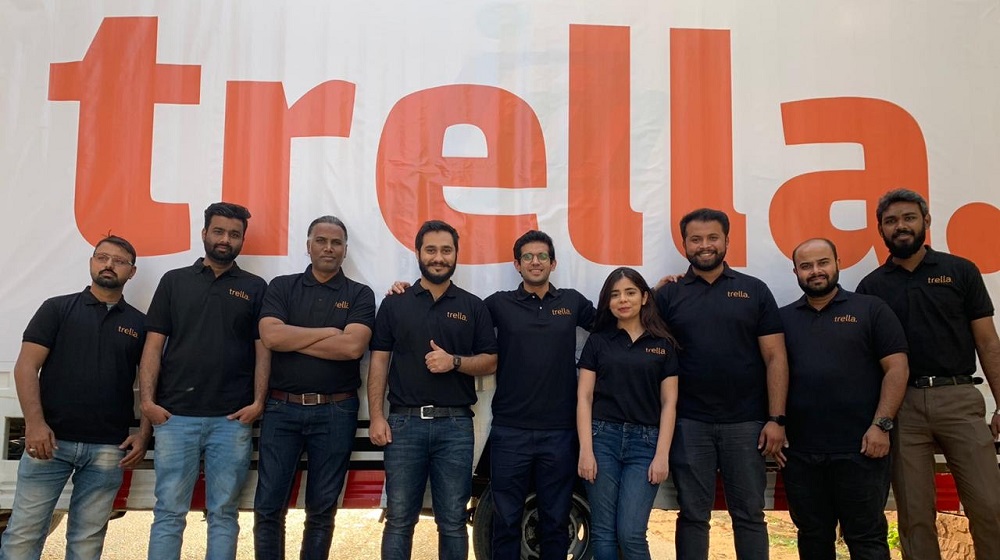 Cairo-based trucking marketplace Trella has expanded to Pakistan with the launch of its operations across the country, it told MENAbytes today. It is the third market for the Egyptian startup that had quietly expanded to Saudi Arabia earlier this year.

Started in early 2019, Trella’s online marketplace connects shippers with carriers to help them transport goods. The marketplace claims to have brought transparency, affordability, and reliability, for the main stakeholders of the trucking industry. Trella’s mobile app for shippers enables them to create shipments, track them, and communicate with the carrier. The carriers also get a dedicated mobile app with which they can access the marketplace, track the orders, and access insights and reports on their performance.

According to its website, the vehicles that are part of Trella’s network include trailers, flatbed trucks, jumbo trucks, and pickups.

Trella in Pakistan is being led by Saim Chaudhary who was previously with Uber Pakistan where he set up and launched Uber Auto (rickshaw ride-hailing service), and supported the launch for Uber Moto in different cities. He joined Trella earlier this year to help the company with its launch in Saudi and is now leading its operations in Pakistan.

In a conversation with MENAbytes, Saim, explaining the decision to launch in Pakistan, said, “There are a great deal of cultural, economic and environmental similarities between Pakistan and MENA countries, it is actually often grouped together. With Trella becoming a key regional player, such an extension seemed natural.”

“The impact of Covid-19 has accelerated the evolution of digital technologies in Pakistan. Trella feels that we will be able to reach a strong product-market fit now rather than later, and you could gain an early mover advantage due to the nascent size of the digital freight startups operating in the massive Pakistani trucking industry,” he added.

The company had previously identified Pakistan to run some specific support functions from here. That also contributed to its decision of launching its services in the country.

We understand that Trella is currently looking at multiple other markets in the region (and beyond) to potentially expand into. They did not comment on it but the company’s Global Head of Expansion Peter May who has been with Trella for over a year, shared some details about their expansion strategy, “To enable Trella to launch new markets effectively and quickly, we focus on four key enablers: our product, our strategy, our playbook, and our team. As we continue to expand, Trella truly believes that we can develop a completely scalable approach to launch, which will allow us to exploit the significant opportunity at hand on a global scale.”

Peter also explained that as a result of the acceleration in the adoption of digital products due to Covid-19, they are witnessing a pull from players in the logistics industry too which is driving their approach to support the regional access.

The logistics startup is backed by some of the leading VCs from the region, and Y Combinator.

Saim Chaudhary, Trella’s General Manager in Pakistan, highlighting the opportunity that the market here offers said that the trucking industry is highly fragmented in Pakistan with the market operating in a very inefficient way due to its reliance on traditional methods, “We are here to change that and aim to become the largest digital end-to-end logistics provider in Pakistan and transform the way freight is moved in this country.”

Trella’s 10-member team in Pakistan includes a mix of former employees of mobility startups and trucking industry veterans, “We’ve been fortunate enough to assemble an A-team with diverse backgrounds. Each of our employees have played a big part in making the launch successful,” said Saim, speaking to us.

There are both local and regional players present in Pakistani market trying to digitalize the trucking industry. Some notable names include Trukkr, Lorryz, and Trukkin. It will be interesting to see how Trella competes against them. Its start here has been a solid one with some big clients under its belt but that doesn’t guarantee the top spot in this space.