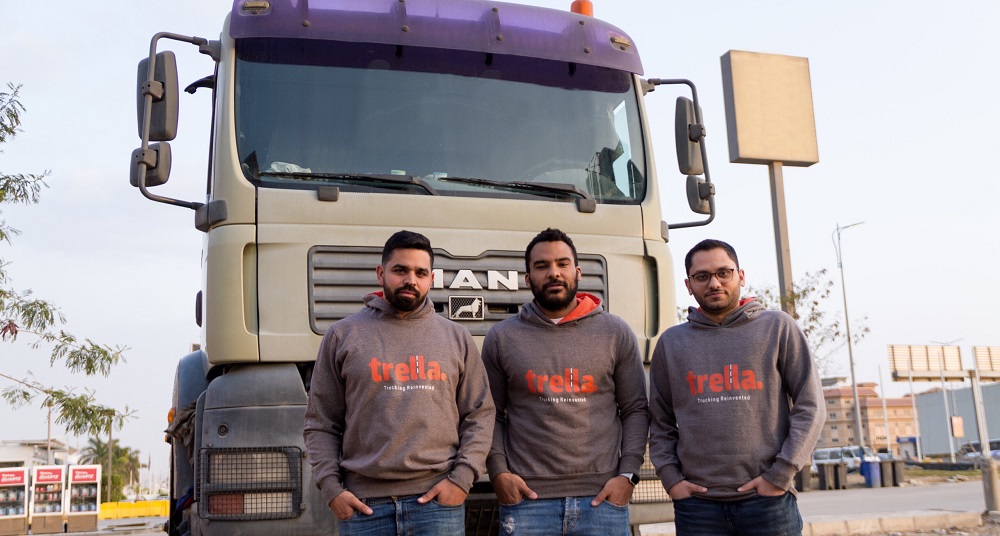 Cairo-based trucking marketplace has joined Y Combinator, the startup announced in a statement to MENAbytes, saying that it’s part of YC’s Summer 2019 batch.

Trella is one of the very few startups from the Middle East & North Africa to become a part of Y Combinator. Interestingly, Breadfast, another Cairo-based startup is also part of the same batch. To the best of our knowledge, it is the first time that two startups from MENA have been accepted in the same batch of Y Combinator which happens to be one of the best accelerators in the world with Airbnb, Dropbox, Stripe, DoorDash, and Instacart among its portfolio companies.

Founded in late 2018 by Omar Hagrass, Muhammad El Garem and Pierre Saad, Trella’s business-to-business (B2B) technology platform connects shippers and carriers, bringing transparency in the freight industry. The startup in their own words empowers truckers who get significantly more value and a more consistent flow of business through Trella’s platform while also reducing costs for shippers by improving load utilization and efficiency, and enabling shipment tracking in real-time.

“Joining the network of the globe’s top startups further validates Trella’s commitment to digitizing trucking and offering a grade-A end-to-end solution to both shippers and carriers in the Egyptian trucking industry,” said the Egyptian startup in a statement.

Trella had raised over $600,000 in a pre-seed round led by leading Egypitan VC Algebra Ventures with the participation of Esther Dyson, the Chairman of EDventure Holdings, who has also invested in Swvl, and Jambu Palaniappan, a former Uber Eats executive.

Omar Hagrass, the co-founder and CEO of Trella, in a conversation with MENAbytes today revealed that they’re expected to close their multi-million seed round in October later this year. He also told us that the Cairo-based startup will launch its first international market in the next quarter without sharing further details.

Michael Seibel, Y Combinator’s CEO and Partner, in a statement, said, “At YC, it’s our job to help talented founders from anywhere in the world to access the advice, network, and funding that Silicon Valley has to offer. With Trella, we saw extremely strong founders, tackling a huge problem, in a region of the world that needs more tech investment. It was an obvious fit.”

Omar Hagraas, Trella’s CEO, commenting on the occasion, said, “We’re excited to be part of such a prestigious program. YC has already been super valuable and cemented our position with investors, partners, and stakeholders. We’re looking forward to building something really big.”