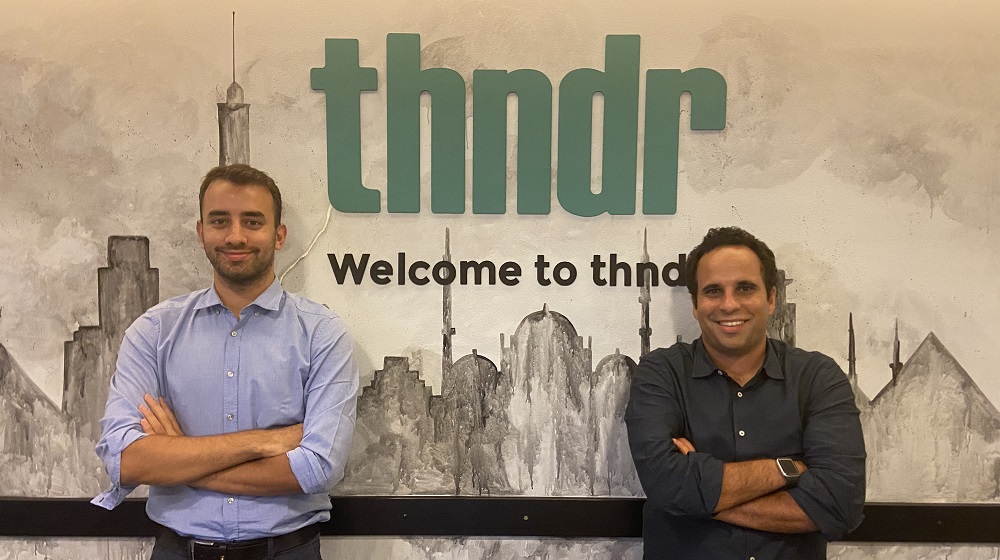 Thndr, a Cairo-based investment platform that wants to make it easy for people to invest in stock, bonds, and funds, without charging them any commission, has received a brokerage license to operate in Egypt, it announced in a statement today to MENAbytes. Thndr claims that it is the first new license issued by Egypt’s Financial Regulatory Authority since 2008.

“Issuing a license to a tech company is a testament to the regulator’s strong commitment to seek modern methodologies to enhance the investment landscape in Egypt,” said the startup in a statement provided to MENAbytes.

Founded in 2019 by Uber Egypt’s former General Manager Ahmad Hammouda, Thndr is starting with a Robinhood-like mobile-first equities trading platform that enables people to invest in stocks in The Egyptian Exchange. Thndr’s mobile app has been live on Play Store and App Store for a few months but it previously only offered a virtual environment for the users to learn how to use the app. They were offered with virtual money to experience what investing in stocks would like through the app.

Ahmad Hammouda, the co-founder and CEO of Thndr, said, “Our vision is to put wealth in the hands of everyday individuals. With the rise of technology, and the foresight of a very supportive Financial Regulatory Authority, we can make this vision come to life — Egypt is expected to be the 7th largest economy by 2030 and has more than 100 mn people, most of which are young and are looking for a convenient and digital way to invest their money. That’s why we are excited to bring a new breed of young investors to the market.”

After receiving the license last week, Thndr has finally opened up for real trading accounts. The users can sign up for a trading account using the app and receive a notification whenever it is approved. Once the account is approved, they can use different methods to start investing in stocks.

We’ve played with the app in the last few weeks and it is very easy to use. The users can see different types of data including the recent news about any particular stock (from The Egyptian Exchange) without leaving the app. The account opening form also looks super intuitive and the stocks can be purchased or sold in a few taps.

The startup currently offers three plans for investors with the first one being free, and the paid plans starting from EGP 15 (about a dollar) per month. Just like Robinhood, the trades on all plans of Thndr (including the free tier) are commission-free. It said that it is pioneering the concept of commission-free trading with no account minimums in the region.

Seif Amr, the co-founder of Thndr, said, “Through Thndr, we are looking to remove all barriers and friction that users face throughout their investment journey – whether it relates to accounting opening, associated costs, access to resources or ease of use. We are starting with Egyptian equities, but we intend to quickly introduce alternative investment options to suit different risk/reward and involvement preferences.”

Thndr today also broke its silence about its pre-seed round that it had closed in December last year. It also confirmed that it is part of Y Combinator’s S20 batch and will present at their demo day later this month. Thndr’s pre-seed round included Y-Combinator, 4DX
Ventures, Endure Capital, The Raba Partnership, and MSA Capital as investors. It also had participation of individual investors including Tom Stafford who is a managing partner at DST Global.

The Egyptian fintech did not disclose the size of investment.

Peter Orth, co-founder and Managing Partner at 4DX Ventures, said, “Savings and investing is a critical part of building wealth and economic development, and Egypt’s youth needs a mobile first platform like Thndr to open the floodgates of investing in the coming decades. Platforms like Thndr have seen great success in other markets across the world, and Thndr is built with keen attention to the local nuances and preferences of the Egyptian investor in mind.”

“We believe that Hammouda and the rest of the team at Thndr are the ideal group to build this business in the region, and we’re very excited to partner with them in achieving their important mission,” he added.

Robinhood, the American commission-free trading platform has revolutionized stock trading in the United States. It has raised $200 million in fresh funds earlier this week in a round that valued the company at $11.2 billion, making it a member of the exclusive decacorn club. Founded in 2013, Robinhood has raised $1.7 billion in total funding to date.

Egypt is obviously a completely different market but we’ve seen similar investment platforms do well in some other parts of the world as well, including some in India. And Thndr is just starting with Egyptian equities. As the founders said, they want to introduce different alternative investment options in the future.