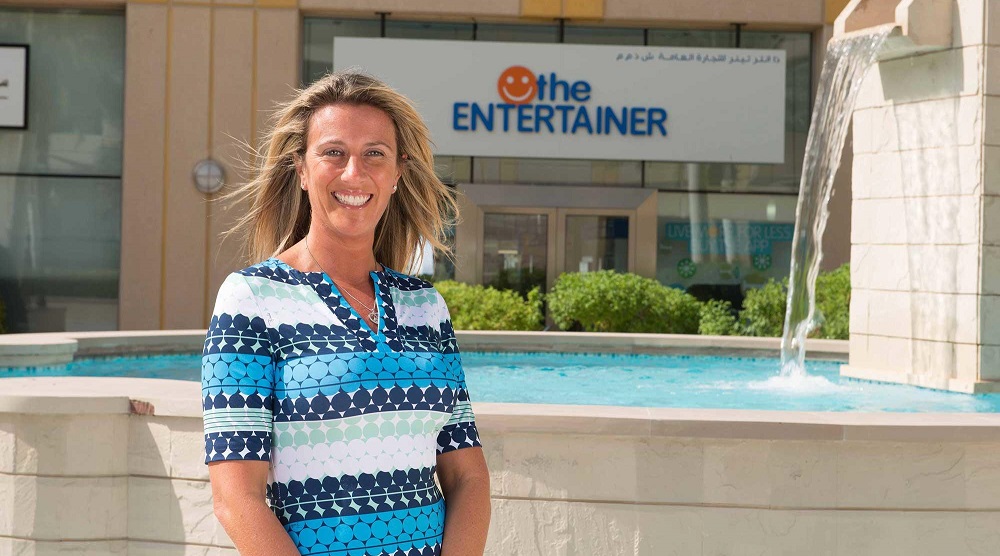 GHF Financial Group, a Bahrain-based Islamic investment bank has acquired 85% stake in The Entertainer, a Dubai-based lifestyle app and incentive provider. Details of the deal were not disclosed but in one of her recent appearances at a radio show, Donna Benton, founder of The Entertainer confirmed that it was a nine-figure US dollar deal, which means a $100 million at least.

The Entertainer had originally started as a publisher of voucher books with ‘buy one get one free’ offers for restaurants, spas, entertainment, hotel accommodation and more. It was founded by Donna Benton, an Australian, in 2001 when she was just 26.

In 2013, The Entertainer started its transition from a voucher book provider to a lifestyle app with discounts and went completely digital this year as the voucher books were bringing only 6% of company’s total sales. Last year the company had made over $35 million in revenues.

Currently, the Dubai-headquartered company has their services available in over 40 destinations across 15 countries through their app in at least five different languages including English and Arabic.

Donna Benton, sharing her thoughts about the acquisition, on Instagram, said, “A proud moment as I signed over a majority stake in the company that I’ve lived and breathed for the last 17 years. Emotional as I reflect on where I started in 2001 to where the Entertainer is today.”

“Never give up on your dreams because they do come true. Signing the deal at home with the two people I love so much couldn’t have made me happier. It’s the journey that makes you the person you are today,” she added.

Dubai-based Abraaj Capital’s investment platform Riyada Enterprise Development had acquired 50% of stake in The Entertainer in 2012. The investment firm had last year said that it plans to sell the stake.

The Entertainer’s story has a lot of significance for different reasons.

It is one of the very few companies (or startups if I may call it that) from the region that was able to successfully transition into the digital era. Many companies with a lot more resources have tried and failed at this. Not only Donna, the founder and her team was able to turn a discount book publisher into digital app, but they successfully managed to exit the company as well.

Also, it is the first time that we are seeing a tech company (it may have not started as one but had transitioned into one, there’s no argument there) from the region founded and run by a female founder come this far, perhaps a sign of many great things to come.

We’re not certain but it seems that The Entertainer was bootstrapped for a very long time. It is perhaps the first regional success story of a bootstrapped company.