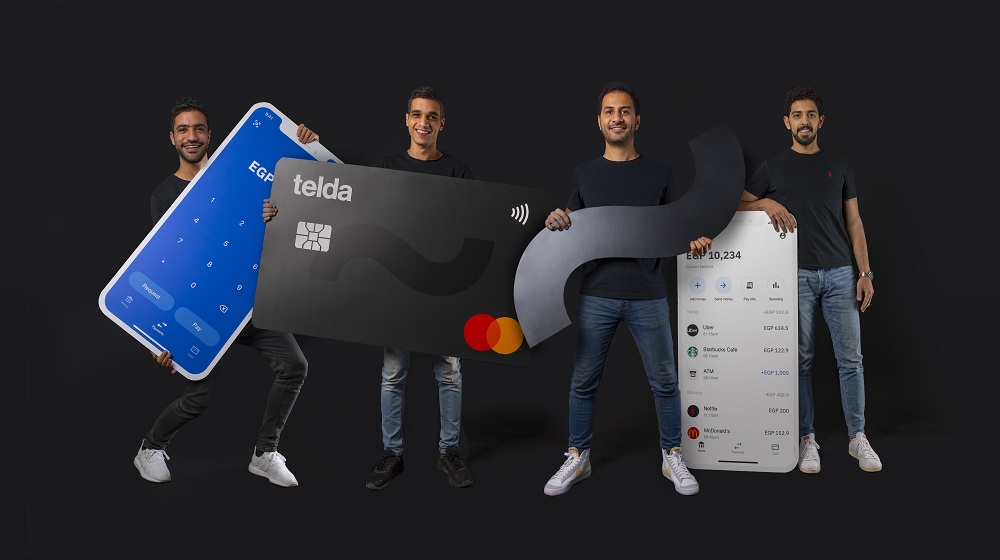 Telda, an Egyptian digital banking startup for Gen Z has raised $5 million in the region’s largest pre-seed led by Sequoia Capital, with participation from Global Founders Capital and Class 5 Global. It is the first investment by Sequoia Capital in the Middle East & North Africa. The firm which is one of the leading VCs in the world has previously backed companies like Apple, Google, Oracle, YouTube, Instagram, WhatsApp, and many others. Telda is also the first investment by Global Founders Capital and Class 5 Global in an Egyptian startup. It is the largest pre-seed round ever raised by a startup in the region. Flextock that raised $3.75 million earlier this month briefly held this record (if we may call it that) previously.

The Cairo-based startup was founded a little over a month ago by Swvl’s co-founder and former CTO Ahmed Sabbah and Youssef Sholqamy who was previously a senior engineer with Uber’s infrastructure team. Sabbah and Yousef teamed up to work on Telda with the aim to change how Gen Z spends and manages their money in the Middle East, starting with Egypt.

The users can sign up for a Telda account completely online with their phone number and national ID, without any paperwork. Telda’s account comes with a Mastercard-powered card that (can be requested from the app and) used for online payments, in-store purchases, and cash withdrawals. The users can receive money on Telda from anyone in Egypt and beyond using the IBAN that they receive for their digital account on it.

Launched in April, the startup already has over 30,000 sign-ups with over 17,000 people who’ve requested the card from the app. Telda in a statement said that it has become the first company in Egypt to receive a license from the Central bank of Egypt under the new Banking Agents regulations. The license allows them to issue cards and onboard customers digitally. Its co-founder and CEO Ahmed Sabbah told MENAbytes that it is difficult to define an exact timeline as there are multiple stakeholders involved in the process but it’s now a matter of weeks before they start shipping the cards to users who are on its waitlist.

Explaining the details of how Sequoia invested in the company, Sabbah told us that it started with a cold message on LinkedIn that he had sent to a partner at the firm. He then spoke with multiple people at the firm and Sequoia gave him a term sheet a few weeks later. He did not confirm but MENAbytes understand that it was a highly competitive deal even before Sequoia got involved.

The American VC had previously led a $2 million seed round in Brazil’s Nubank, a neobank that is now valued at $25 billion and has close to 40 million customers across Latin America. Nubank was founded by a former Sequoia partner David Vélez.

George Robson, the Sequoia partner who led the investment in Telda sees many parallels between Brazil and Egypt, “Both countries boast a large, young, talented and tech-savvy population with a strong appetite to innovate. We are delighted to partner with Telda and earmark our first investment in the region,” he said in a statement.

The majority of people in Egypt, and a large number across the region remain unbanked and even those who have a bank account are generally not happy with the digital experience offered by traditional retail banks. This void is being filled by startups like Mamo, Ziina, SadaPay, Tag, and many more, which are building products to offer world-class digital banking (or money transfer) experience to users, and have attracted tens of millions of dollars in venture capital during the last one year or so.

Telda is apparently the first serious contender in this space from Egypt.

Roel Janssen, a partner at Global Founders Capital, said, “We are highly impressed by Sabbah and Sholqamy and love their vision for building the region’s leading digital banking app and we are proud to be part of their journey. It is GFC’s first investment in Egypt and we see that Egypt has the potential to become an important hub in the global tech ecosystem.”

Class 5 Global has also been equally impressed by Telda’s team and their mission. It was the first firm to say commit investment to the Egyptian startup. Youcef Oudjidane, the Managing Partner of Class 5 Global told MENAbytes that they gave Telda a term sheet a few days after their first call with Sabbah. In a statement, he added, “Money has become a medium of self-expression – a form of identity – not solely a store of value. Telda has done a remarkable job of embedding their culture and values in the product, in both functionality and design. No hidden fees, no maintenance charges, no paperwork nor stress, coupled with an elegant design to enable a self-service experience.”