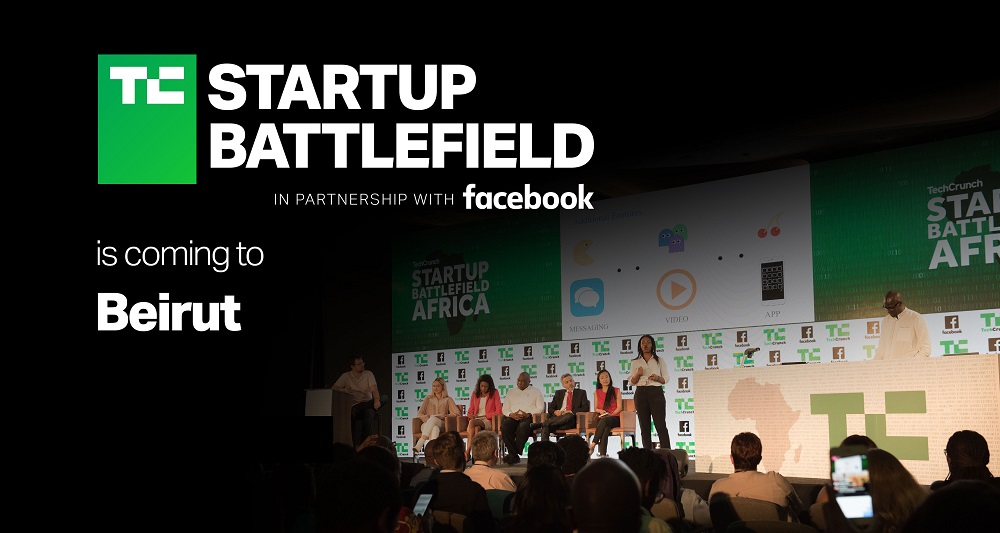 TechCrunch’s flagship pitch competition Startup Battlefield is coming to Beirut for startups in Middle East & North Africa. It would be the first MENA edition of the competition that is hugely popular across startup communities all around the world.

The competition had started from Disrupt, the TechCrunch conference that is held every year in San Fransisco and Berlin. It first went beyond United States & Europe with the first Sub-Saharan Africa edition and Australia and New Zealand edition last year.

This year, TechCrunch is teaming up with Facebook, taking it to three new cities; Beirut, São Paulo & Lagos to hunt for the best startups in MENA, Latin America and Sub-Saharan Africa.

The dates of the competition have not been finalized yet but TechCrunch has confirmed that the Beirut edition will be held early October this year.

The website will choose 15 companies for MENA and will provide them the travel support to reach Beirut. The finalists will also receive guidance from TechCrunch’s editors to improve their pitches before they take the stage to present their startups to participating regional and global VCs. The winner will bag $25,000 in cash plus a trip for two founders for the next TechCrunch Disrupt event, where they will be allowed to exhibit free of charge. If qualified, the winner will also have a chance to participate in the Startup Battlefield global edition.

The competition is open to early-stage startups with a functional prototype or MVP from all around the Middle East & North Africa, which according to TechCrunch also includes Israel. I am not sure how the startups from Israel will be able to travel as Lebanon is one of the few countries that prohibits entry of Israeli citizens and even those who hold passports with Israeli stamps or visas.

TechCrunch will prefer startups that have previously not received any press and will launch for the first time to the public and press through their competition.

The applications are open now and you can apply here.

TechCrunch had previously also announced a Dubai edition of the competition for this year that was later postponed to next year.