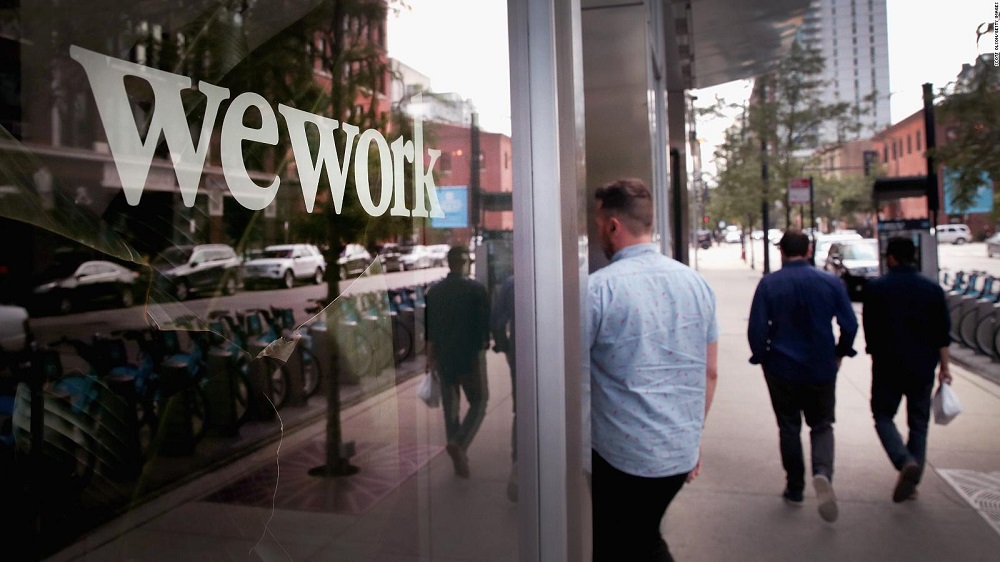 Shortly after the dot-com crash in 2001, Brooks Brothers, a maker of men’s clothing, took out a tongue-in-cheek advertisement in The Wall Street Journal introducing the “latest innovation” in business practices: the business suit.

During the tech boom of the late nineties, when every second IPO was that of a tech, media or telecom sector firm, even the more conservative-minded service sector firms such as banks, consultancies and law firms had started shedding their ties and cufflinks in favor of more business-casual attire.

It had made sense in a market where the new mecca of wealth creation was Silicon Valley and the newly minted billionaires there had achieved their status by disrupting staid and archaic ways of thinking and working.

A lot of things make sense. Right up until they don’t. Then $5 trillion gets wiped off the NASDAQ and everyone wonders what you were thinking coming to work in flip-flops and shorts.

In a market fueled by more than a decade of zero or near-zero interest rates, the excess liquidity chasing yields has created a generation of investors, founders, and groupies worshiping at the altar of growth investing. Money has poured into ever riskier asset classes, and the size of the flows has distorted asset prices, resulting in capital appreciation getting ever more disconnected from the underlying metrics.

We’ve seen this movie before, and the writing is pretty much on the wall. Post IPO valuations of a bit under half of the 119 IPOs this year are below offer price, with some of the larger ones like Slack and Uber more than 30% below. With more than 70 lock-up periods ending between now and the end of the year, we can expect further downward pressure on valuations.

Falling valuations make it difficult to raise more money to fund loss-making operations and the business models of companies start to come under greater scrutiny. WeWork’s debacle has threatened to expose the reality that many of the unicorns, both actual and aspiring, are operations companies masquerading as tech companies.

Nothing wrong with being a well-run, large operations company that arranges food delivery at the click of a button or arranges a pickup for you in minutes—certainly if it works better / faster/ cheaper than existing options. But tech companies have tech margins—gross margins upwards of 70%–not hugely levered models that make cents on a transaction and are dependent on a massive scale to make anything approaching a reasonable profit.

So in the coming months, we should see folks moving away from the Kool-Aid truck and putting back on their business suits

– We will see more probing questions about how core tech is to a company’s business and whether a company is in fact a tech company at all or a courier with an app.

– Instead of focusing solely on revenue, we will see greater scrutiny of the underlying accounting, with an emphasis on “WeWork-adjusted revenue”—which is to say, what is real revenue after taking out all the padding, rebates, discounts, and write-offs of revenue that was booked but never actually materialized.

– Instead of simply looking at growth rates, there will be scrutiny to assess how much of the growth is organic or quasi organic and how much is simply through acquisition.

– Unit economics, cost of customer acquisition, customer lifetime value will begin to play more center stage and pitches will need to include at least a somewhat credible route to profitability.

– The credibility of network effects will be challenged, especially where switching costs are low and users can toggle between different platforms, all offering the same or similar services.

In fairness to Silicon Valley VCs, the most baffling kind of price pumping that has led to this reckoning was done by investors who were outside of the Sandhill Road ecosystem—such as SoftBank and the Middle Eastern sovereign wealth funds eager to diversify their economies beyond oil. For example, after 2012, pretty much all of the investment WeWork got was from SoftBank.

But the cold splash will temper the ecosystem as a whole and this added scrutiny will have a variety of implications:

– IPOs will either be shelved or delayed and when they do happen the valuations will be more realistic. This will have an impact all the way back through the VC gestation cycle, with startups having to work harder to prove themselves to secure funds.

– We are already seeing belt-tightening—Uber is reportedly downgrading its coffee to Starbucks and seeking to build up engineering teams in lower-cost geographies—and will certainly see more hiring freezes and layoffs. We may see some bankruptcies as well if the music stops and loss-making companies are unable to secure additional financing.

– The value of equity as a means of compensation may need to be revisited—it is bad enough that for most of a startups early duration, stock options are illiquid, but if the upside at the time of IPO starts seeming less and less unlimited, the attractiveness of paper wealth tomorrow versus cash today starts to wane.

– The tremors will be felt around the world in different ways– the success stories of the regional replicas will begin to be questioned when the original firms have fallen from grace. Perhaps calling oneself the “Uber of so-and-so” may fall out of favor.

– In the near term, the nascent tech ecosystems in countries like Pakistan may suffer, especially if behemoths like Uber relocate their engineering operations here, price out the competition and vacuum up all the available talent.

Yet there is a silver lining in all this. The ecosystem long known for disrupting staid old industries will be disrupted itself. Entrepreneurship may once more start aligning more on the side of innovation and creativity rather than raw boldness and risk-taking. And profitable or near-profitable startups with strong business models will see renewed interest, even they resemble more of a flywheel than a rocket ship in terms of growth momentum.

And in countries like Pakistan, there will be a tremendous dividend from the up-skilling of hundreds and thousands of engineers who will have gotten the opportunity to work and train at the global tech giants who, for their own cost-cutting reasons have set up shops here. If and when these giants shutter, as more than a few are likely to do, I, for one, will be waiting to pick up the talent.

This is an opinion piece. The views and opinions expressed in it are those of the author.

Haroon Sethi
Founder & CEO at Khareed
Founder & CEO of Khareed, a Lahore-based SaaS startup offering a cloud-based procurement solution to companies in Pakistan. He can be reached on LinkedIn.