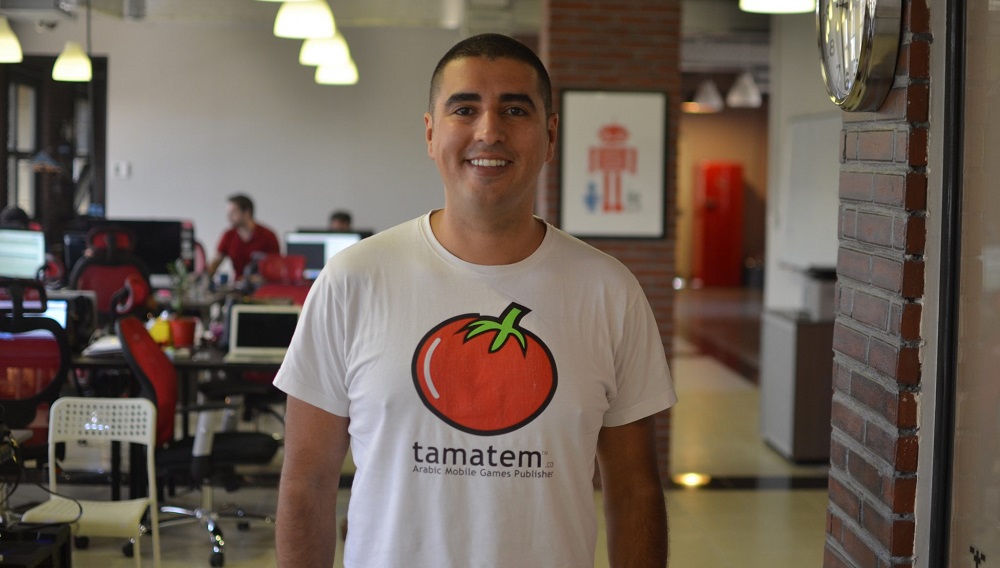 Tamatem, an Amman-based startup that happens to be the leading mobile games publisher in Arabic speaking maret has raised $2.5 million as Series A investment in a round led by Wamda Capital with participation of Discovery Nusantara Capital, an investment firtm of China’s Zhexin IT Co. that invests in gaming startups, Saudi VCs Raed Ventures and Vision Venture, and Seed Equity Venture Partners.

Founded in 2013 by Hussam Hammo, Eyad Al Basheer & Sohaib Thiab, Tamatem has published over 40 games that have been downloaded more than 50 million times in Middle East & North Africa. All these games at different instances have reached the number one spot on both iOS’s App Store and Android’s Play Store, the startup said in a statement. Some of their msot succsessful games include VIP Balot and Suqoor Al Ard.

The startup aims to use this funding to close deals with international game developers, expand its team, and capture a bigger market share in the MENA markets.

“Tamatem has been working and partnering with some of best developers and studios from around the world, to bring the highest quality games possible to the region,” founder and CEO of Tamatem, Hussam Hammo said. “This investment will help us localize better mobile games and will also allow us dig deeper into the Arab gaming market.”

According to a report by Strategy& (formerly Booz & Company), the mobile games market in Middle East & North Africa is expected to reach $2.3 billion in 2022. According to their 2015 figures, it stood at $680 million in 2015. The statement said that the Saudi market currently has the highest average revenue per paying user for mobile games in the world, at $270. For context, it’s $32 for China and $21 for the United States.

“At Wamda Capital we have been closely monitoring the evolution of the regional gaming market and believe there to be a very significant opportunity in further developing the space driven by strong consumer demand for access to global titles adapted for local preferences,” Wamda Capital’s Managing Partner, Khaled Talhouni said.

“As such, we are thrilled to be partnering with Hussam and the Tamatem team in our first investment in the gaming space,” Khaled added. “The company has a track record that is second to none in publishing and localizing titles in regional markets.”

MENA’s mobile gaming market according to the figures shared in the statement is severely underserved. Not even 1% of the games on app stores are in Arabic. This is where the opportunites lies for Tamatem, to create localized games that are also culturally relevant for the audience here.

Since founding, Tamatem has been growing 150% year over year, with a significant 20% growth month over month in 2017. The startup currently has 26 employees working for them in different deparments including products, marketing, and R&D.

According to publicly available data, this investment has taken Tamatem’s total funding to $3.4 million. They had previously raised $900,000 in different rounds by 500 Startups, Paris-based Kima Ventures, Arzan VC, and the Palo Alto-based Social Capital.