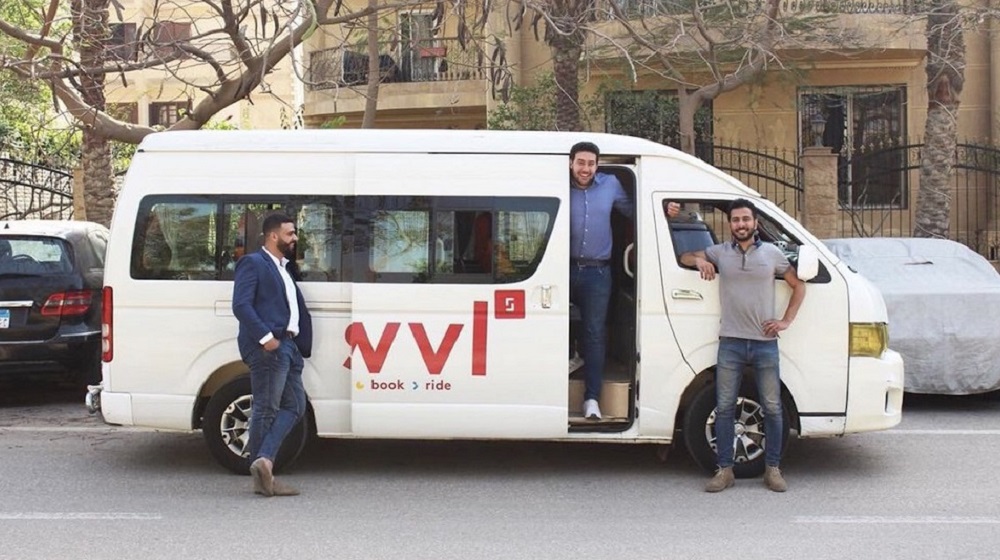 Dubai-headquartered mobility startup Swvl announced on Thursday that it plans to go public by merging with SPAC Queen’s Gambit Growth Capital. The transaction that is expected to close in the last quarter of 2021 values the Cairo-born company at about $1.5 billion ($1.44 billion to be precise). As part of the deal, Swvl will receive $405 million in fresh capital to fund its expansion and $40 million will be used to cover the expenses and fee to close the transaction and list on NASDAQ. Queen’s Gambit Growth Capital had raised $345 million to invest in the company it would merge with and $100 million comes from PIPE investors.

The existing shareholders will not be able to sell any of their shares during the lock-up period post-IPO, which could range between six to twelve months, and SPAC IPOs are generally volatile so it is not possible to define the exact returns but the following are going to be some of the biggest winners of Swvl IPO if the company does well in the public markets.

Mostafa Kandil, Mahmoud Nouh, and Ahmed Sabbah founded Swvl in early 2017, with their personal savings of $30,000. All three of them were 24-year-old or younger at the time. With the company going public in the next few months, Mostafa is set to have a big payday. The exact size of his stake is unknown but he’s the biggest individual shareholder in the company and could earn tens of millions of dollars if he sells a part of his stake after the lock-up period expires.

As founders of the company, Mahmoud Nouh and Ahmed Sabbah, are likely to have a decent amount of stake in the company. Mahmoud left Swvl in October 2019 so it is possible that only a part of his shares was vested until then. In some cases, when a founder leaves before the completion of vesting (normally four years), some companies exercise their right to buy the vested shares back from them. As Mahmoud is one of the signatories of the business combination agreement between Swvl and Queen’s Gambit Growth Capital, it is confirmed that he owns a stake in the company.

Ahmed Sabbah left Swvl earlier this year and he had completed four years with the company which suggests that all his founder shares were vested by the time he left so he’s likely to have a bigger stake than Mahmoud in the company.

When the three young Egyptians started a mobility company that was indirectly competing with Uber and Careem, there weren’t taken seriously by any investor. Fundraising wasn’t easy for Swvl early on. But a $500,000 cheque from Careem in July 2017 changed everything.

Careem’s local team in Egypt was keeping tabs on Swvl since its launch in April 2017, Mostafa Kandil had told MENAbytes in a previous interview, “[They were] trying to understand how far we would go and once it made sense to them, they approached us and then it took us very little (few days) to close the deal.”

It was the first cash investment by Careem in any company. Not only did it provide Swvl with the cash it needed to grow but the three-month-old Egyptian startup became the talk of the town. The deal had valued Swvl between $2 to $2.5 million, giving Careem between 20 to 25 percent of ownership in the company with pro-rata rights. But Careem was bought out by Swvl’s Series A investors less than a year later. It was this Series A that brought different regional funds on Swvl’s cap table. The company went on to raise a total of over $100 million in multiple rounds by selling stakes to VCs and other investors from the region and beyond over the next four years. Here are the ones that are likely to win big with the exit.

(The investment by Careem could’ve generated an over 700x return for the company if it had continued to own a stake in the Swvl).

Dubai-based Beco Capital first invested in Swvl by co-leading its $8 million Series A in April 2018 (the deal was announced in April but apparently closed in February) and co-led all its future rounds with other investors. Beco’s co-founder and managing partner Dany Farha played a pivotal role to help Swvl raise over $100 million in total funding before its SPAC. He still sits on the board of the company. Swvl’s Series B-1, in which the company had raised tens of millions, valued the company close to $100 million, its co-founder Mostafa Kandil had told MENAbytes. Its Series B-2, as previously reported by us, valued it at $157 million. Beco co-led both these rounds. What this suggests is that Beco owns a significant stake in the company and as it entered early, it is expected to make very healthy returns for its limited partners. Swvl is the third unicorn backed by Beco. The firm was also an early investor in Careem and Kitopi.

(Side note: A VC leading a financing round does not mean that they’re coming in with the largest cheque. In Swvl’s case, Beco apparently used pro-rata rights to maintain its stake).

Swedish VC Vostok New Ventures co-led Swvl’s $42 million Series B-2 in June 2019. It continued to invest in the future rounds of the Dubai-headquartered company and owned a 12.5 percent stake in it before the SPAC merger was announced. Its stake could be worth over $110 million when Swvl goes public. As Vostok entered the company at a much higher valuation than Beco, its overall return multiple will be lower than Beco.

Amman and New York-based Silicon Badia, and Africa-focused VC Digame co-led Swvl’s Series A and Series B-1. The valuation for Series A is not public but in Series B-1, the company was valued at $100 million. It is not clear if the two firms invested in any future round of the company. Even with dilution, they’re set to have an excellent return on their investment.

Arzan VC and Oman Technology Fund participated in Swvl’s Series A, Series B-1 (valuation: ~$100 million), and Series B-2 (valuation: ~$157 million). Saudi’s Raed Ventures participated in Series A and Series B-1. Sawari Ventures is the only Egyptian VC on Swvl’s cap table and it first invested in the company in its Series B-1 and then followed on by participating in the Series B-2. These investors do not own a large stake in the company but as they invested early, they’re likely to see a good return on their investment, and more importantly, will have a unicorn (second for Arzan VC) and publicly listed company in their portfolio.

Some of the other institutional investors that invested in Swvl over the four years include Alcazar Capital, Blu Stone Management, Dash Ventures, Endeavor Catalyst, MSA Capital, and Autotech Capital.

(Swvl did not announce some of its funding rounds publicly so it is very likely that some important names are missing from this list. We’ll know a lot more when the company publishes its S-1 ahead of IPO).

Swvl’s cap table also includes some individual investors. The ones that are public include Emilian Popa (who was previously a Principal at Digame and now leads a healthtech in Africa that he founded two years ago) and Property Finder founder Michael Lahyani. Emilian Popa had invested in Swvl’s Series B-1 and Michael Lahyani in Series B-2.

Esther Dyson is another individual investor who had taken part in Swvl’s early rounds but she has signed on the business combination agreement for Digame so it is not clear if she has any direct ownership in the company.

(Some of these investors may have sold a part or their entire stake in secondaries and may not have any position in the company when it goes public).

A large number of Swvl employees and executives have stock options. When the company goes public, they could earn millions of dollars. In a public post on Facebook announcing the SPAC merger, Swvl’s CEO Mostafa Kadnil wrote, “Today, Swvl hasn’t only created a monumental everlasting impact on the region, but also a life-changing impact for everyone within. We will soon have USD 18 millionaires, AED 95 millionaires, and EGP 203 millionaires of our colleagues, which I am sure will soon start the world’s Swvl Alumni Mafia.”

Most of the Swvl’s executives have joined the company within the last eighteen months so only a part of their stock options would’ve vested by now. There are only two people in Swvl’s management (apart from the founders obv.) who have spent over three years at the firm; Global Head of TaaS Shahzeb Memon, and Head of Marketing Abdelrahman Sukar.

Rachid Maalouly, Swvl’s Head of Strategy and Innovation, who was formerly a Partner at McKinsey played a very important role in the SPAC deal, and other executives could win big with the public market debut of the company.

Even though Dubai has received all the spotlight (thanks to the SPAC merger announcement on Burj Khalifa and a tweet by Emirate’s ruler) for Swvl’s deal, it is actually Egypt that is likely to benefit the most from Swvl IPO as its a company that started in Cairo by Egyptian founders. If Swvl goes on to have a successful IPO and its stock performs well on the stock market, it would encourage more international investors to back the Egyptian startups. Swvl’s co-founder and CTO Ahmed Sabbah who started a fintech after leaving the transportation company has already brought Sequoia Capital to the Middle East. Swvl’s success could bring many more international top-tier VCs to the country.

Swvl’s success at the stock market would mean a great outcome for Queen’s Gambit Growth Capital (the SPAC it is merging with to go public) and its founders (who will own 6 percent in the company).