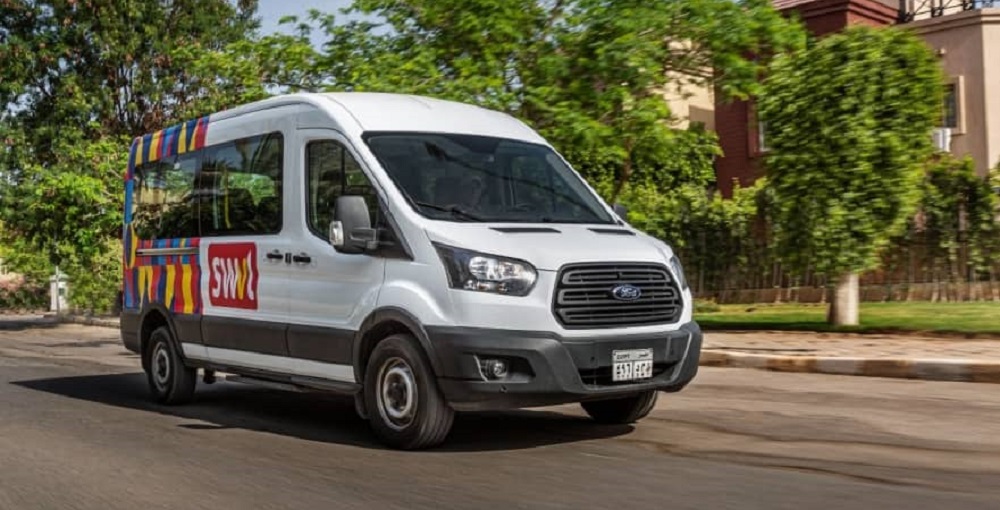 Ford and Egyptian transportation startup Swvl have announced a partnership today that will see Ford Transit minibus as the preferred vehicle of choice on Swvl’s routes, two companies announced today at a press conference in Cairo.

For those of you who don’t know, Swvl, founded in 2017, is a transportation startup that currently operates an app-based bus booking service in Cairo, Alexandria, and Nairobi, enabling users to book rides on fixed routes of its buses. The startup is doing tens of thousands of daily bookings at the moment. It is the best-funded Egyptian startup, having raised tens of millions of dollars in multiple funding rounds from some of top regional investors.

“The agreement will combine the brilliance of the Transit, world’s best-selling van brand, with an app-based mass transit system that enables commuters in Egypt’s major cities to enjoy an affordable, convenient, safe and reliable alternative to existing transportation services,” said the joint-statement of two companies.

The Ford Transit that’s available in 15 and 18-seat configurations, according to the statement is already being used by different mobility operators across the world including Ford-owned GoRide, an on-demand transportation service for non-emergency medical needs.

The first consignment of Ford Transit has already arrived in Egypt.

The statement also noted that Ford and its local distributor have worked with Swvl and the Egyptian government to provide “the best value equation” to Swvl captains who will receive financing facilities through Nasser Social Bank and EFG Hermes Bank and after-sales support and maintenance services through Auto Jameel’s network and Ford-trained technicians.

Moustafa Kandil, co-founder and CEO of Swvl, commenting on the occasion, said, “Swvl was created to help improve people’s lives by revolutionizing the transport scene in Egypt with a smart solution that helps ease the commute. We’re proud of the results we’ve achieved in such a short period of time, and the work that Ford has put in to help elevate the levels of service we offer our customers.”

Ford interestingly used to operate its own similar service called Chariot in the United States, allowing passengers to reserve rides through a smartphone app. It’s not clear if Chariot was also using the same vehicle but the service was very recently shut down by the company. Ford had acquired Chariot in late 2016 but the experiment didn’t pay off.

Dan Grossman, Chariot’s CEO at the time, announcing the news in a blog post had said, “It has become clear that the mobility services delivered by Chariot over the past five years will not be a sustainable solution going forward.”

It seems that after the failed experiment of Chariot, Ford now sees more value in partnering with different mobility solutions providers instead of building these vehicles, owning them and then providing transportation solutions to consumers.

Achraf El Boustani, Managing Director of Ford North Africa, speaking about their partnership with Swvl, said, “We are thrilled to bring Ford Transit to Egypt, debuting in such a prominent and important role through this partnership with Swvl. The key to Ford Transit’s success as a mobility platform is its reputation for dependability, versatility and capability, and we’re confident that Swvl operators here will soon learn just why thousands of people around the world rely on the Ford Transit to get the job done.”

It’s a great initiative by both the companies that also involves financial institutions (and government in some capacity) to make it easy for the operators/captains to afford the vehicles (with the help of financial solutions) but we’ll have to wait to see if it brings the results all the stakeholders are hoping for.

The number of daily bookings was corrected after receiving a note from Swvl.