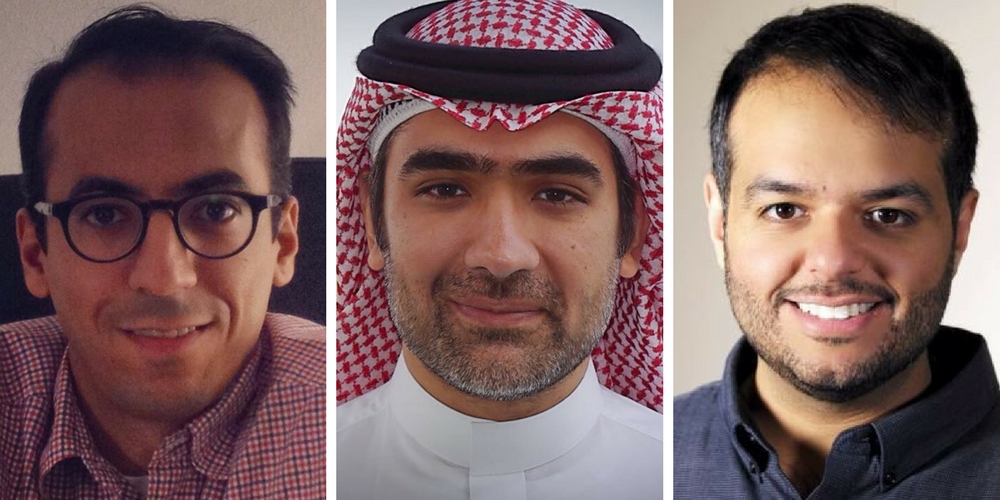 Saudi Technology Ventures, the largest VC fund for MENA has announced the expansion of its team with three new appointments.

Launched last year, STV’s team before this had Abdulrahman himself who is the CEO of the firm who is a former Googler and currently sits on the board of different government and private organizations including Careem, Waleed Alballaa who was previously an Executive with Elm and has also worked with Microsoft, and Ahmad A. who happens to have quite social media very recently so we don’t really know much about him.

Hani Enaya was previously the Head of Investments for TAQNIA, a technology development and investment company owned by the Saudi’s Public Investment Fund (PIF). He was responsible for different investments by Riyad TAQNIA Fund last year, a VC fund co-founded by Riyad Capital and TAQNIA.

He is also the co-founder of Los Angeles-based Carbonics, a company that aims to improve the power consumption of smartphones and wearables by employing carbon nanomaterials. He doesn’t seem to have an active role in the company but sits on their board.

He has a Ph.D. in Electrical Engineer from North Carolina State University and an MBA from The Wharton. Hani has also served as Director for LA-based Center of Excellence for Green Nanotechnologies where he managed deep tech R&D programs and as an Assistant Professor at King Abdulaziz City for Science and Technology (KACST) in Riyadh.

Jay Alammar was also with TAQNIA before joining STV. As an Investment Principal, he was also involved in recent deals of Riyad TAQNIA Fund. He has previously worked as Senior Investment Manager with Mobily Ventures from 2014 to 2016. During this time, Mobily Ventures had made investments in Dokkan Afkar and Fetchr so he may have been responsible for those deals.

Jay has also worked as a Product Manager for Takamol Holding, a government company that has been handling different tech initiatives including Nine Tenths. He also happens to be the founder of Qaym.com, an Arabic-only platform for restaurant reviews.

He has been working with Udacity as well, as a Content Developer, for more than a year, developing educational content for various deep learning and machine learning concepts.

He is CS-graduate from the University of Kansas and has his executive education in form of a Venture Capital Program from Berkeley’s Haas School of Business.

The third and last appointee is Ahmad AlNaimi. He was one of the leaders at Algorithmia, a Seattle-based startup that has created an open marketplace for algorithms and has Rakuten and Google’s AI fund among its backers.

He is also the founder of Seattle-based Vocus that helps people get more out of their Gmail through its Chrome extension. Previously, he has worked with Saudi Aramco’s Wa’ed, as a Business Incubators Manager.

Ahmad has an MBA from MIT’s Solan School of Management and a bachelor degree in Computer Science from King Fahd University of Petroleum and Minerals.

We’ve reached out to them to learn their thoughts about joining STV and will update the story if we get a response.