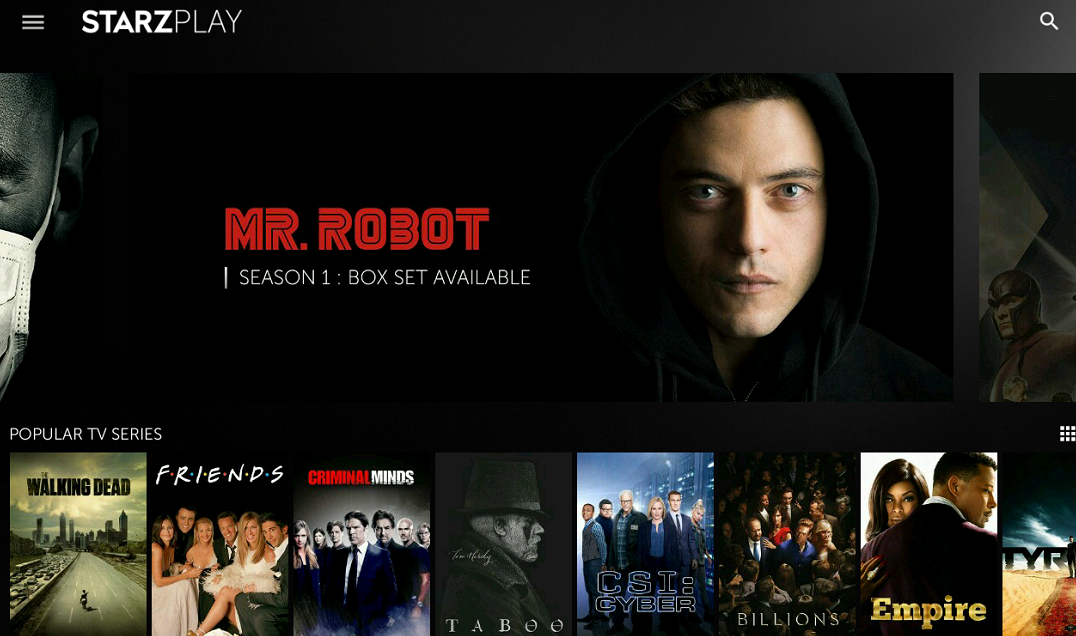 Starz Play, the Dubai based on-demand video streaming startup has raised $125 million in funding, it announced in a press release. The funding includes new 2017 commitments from leading global industry investors Starz, a Lionsgate company, State Street Global Advisors (SSGA), in its capacity as an advisor and manager of private equity, and media and technology investment firms SEQ Capital Partners and Delta Partners.

The startup that was founded in 2015 is aligned with Starz, a US-based global media and entertainment company with more than 56 million subscribers to its flagship US pay-TV channels, STARZ and ENCORE. Their on-demand video service which is available in 19 MENA countries costs 30 AED a month and has more than 700,000 paying subscribers and is adding 2,000 to 3,000 new subscribers on daily basis.

They plan to spend the investment funds on enhancing customer experience, acquiring new programming, producing content and strengthening its position as the region’s leading digital video platform. The startup is also eyeing expansion beyond MENA.

Maaz Sheikh, CEO of Starz Play, commented: “We appreciate the continued support of the strategic investors to the Starz Play family. In recent months, Starz Play has introduced several service enhancements, including a download function for offline viewing, expanded telecom partnerships in North Africa, and expanded content partnerships to all major Hollywood studios. At the same time, our ability to offer localised content that caters to the GCC and North Africa market makes us truly unique in the region.”

Chris Albrecht, Starz President and CEO, added: “Starz is proud to extend its support through further investment in the Starz Play service and management team. As the first Starz-branded service outside of the US, the success of Starz Play in the MENA region highlights the tremendous growth potential we see for on-demand video streaming services in this competitive market. As a result, Starz and our partners SSGA and SEQ Capital Partners continue to evaluate future opportunities to expand the service in new territories outside of the MENA region.”

Anandh Hari, managing director of private equity SSGA, continued: “As Starz Play closes in on the milestone paying viewer figure of three quarters of a million regional viewers, our strategic investment continues to reap dividends. We look forward to prolonged growth across the MENA region.”

Being the exclusive streaming service in the region for TV series like Power, Taboo, Vikings, Ash Vs. Evil Dead and Billions, The Flash, The Walking Dead and Mr. Robot; Starz Play was able to attract more than 95 million viewing sessions from in May earlier this year and was the 11th most visited website in Saudi Arabia & 25th in UAE.

Their service is available on different devices including mobiles, PCs, tablets, Smart TVs and gaming consoles with their mobile applications being downloaded more than 1.6 million times. They have recently added a download feature that lets its users download any content for offline viewing up to 30 days.