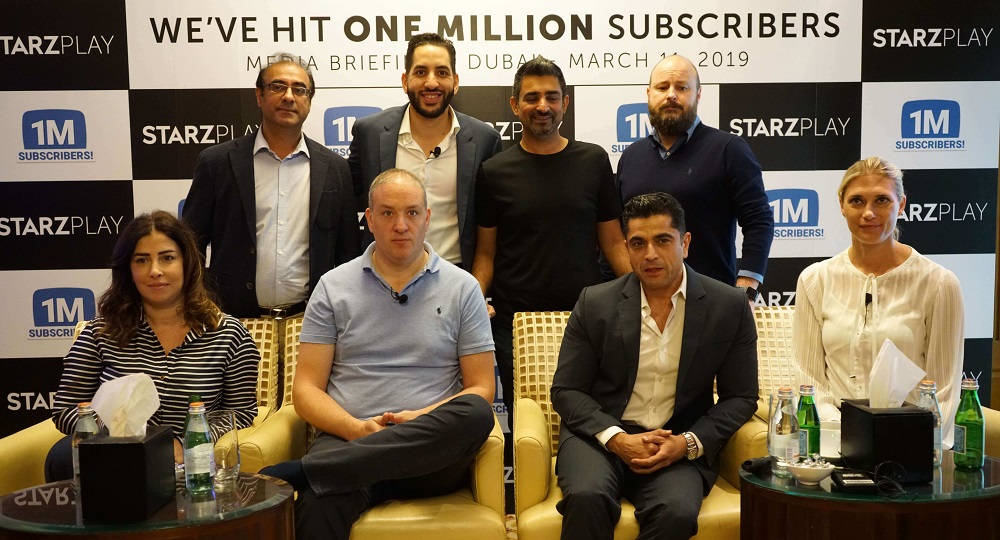 Starz Play, the Dubai-based subscription video on-demand (SVOD) service and Netflix’s rival in the Middle East now has reached the milestone of one million subscribers, the startup announced yesterday.

According to a statement by the startup, their service is now available in 20 countries across the Middle East, North Africa, and Pakistan with more than 10,000 hours of content including Bollywood movie and Arabic TV series. The startup claims to have secured the first spot in the Middle East & North Africa – both in terms of online video subscriptions and online video revenues – with a market share of 24% and 31.53% respectively.

Maaz Sheikh, co-founder and CEO of Starz Play, commenting on the occasion, said, “It’s an exciting time for Starz Play – particularly our reaching one million subscribers this year. We look forward to continuing to build on our success as we progress with our expansion plans across MENA into 2019 and beyond. In an increasingly competitive space, we have managed to differentiate our offering to the benefit of the customer, through working closely with partner telecom providers to offer subscribers a payment method that does not rely only on online subscription, as well as by investing in world-class content that people want to watch and watch again.”

“In 2019, we will continue to focus on the customer and will seek to increase market share as well our subscriber base, with additional investments enabling further geographical expansion. In terms of the market, conditions are looking favorable for our sector, helping Starz Play go from strength to strength, with SVOD revenues in the MENA region predicted to reach US$2.1 billion by 2024,” he added.

Last year, in an interview with Arabian Business, Starz Play CEO Maaz Sheikh had said that the company aims to become profitable in 2019.

SVOD services have been on the rise in the region with conventional players struggling to retain their market share. OSN, the leading pay-TV service of the region has seen both its market share and revenue decline during the last few years. The increasing losses have forced KIPCO, one of the largest shareholders in OSN to hire bankers to sell their stake.

On the other hand, MBC, the leading media group of the region has recently hired a former Hulu executive to boost its streaming service Shahid and produce Netflix-like original content for it. Netflix, last year, had also announced its first Middle Eastern original series. Netflix, interestingly, also signed a partnership with OSN last year to allow OSN subscribers to access Netflix’s content.