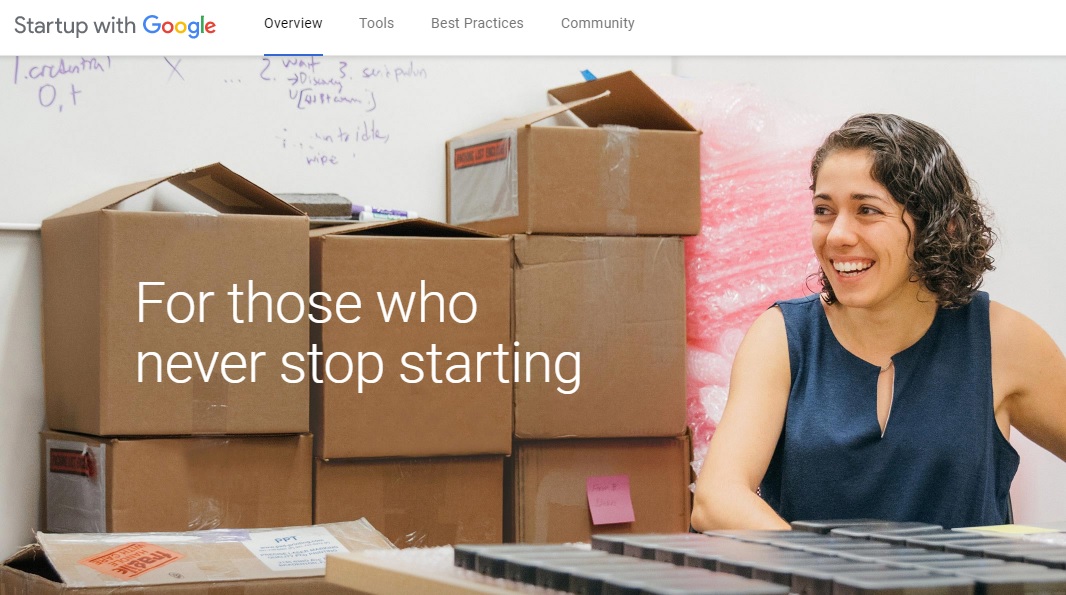 Google has just launched ‘Startup with Google’, a new site that lists all its resources for startups and founders. It brings all the company tools, its startup communities, and best practices together.

There’s not much in tools. Most of the founders and startups are already aware of everything at offered by Google. But if you’re still interested in having a look, this page has them all.

Community lists down all the communities run by Google or its partners throughout the world. Google run or partner communities all across the world.  Again, there’s not much for MENA founders as there are only two communities from the region that have made it to this list, Dubai-based Astrolabs as a coworking space and Palestine-based Gaza Sky Geeks as an accelerator.

‘Best practices’ however offers a lot to founders and startups all around the world. It lists advice from successful founders, curated resources, videos and a lot more. From advice on hiring the right people to understanding your customers, the site has it all.

Google had also announced very recently that it’s now accepting applications from 20 new countries for it’s Launchpad Accelerator. Four of those new countries are from MENA; Egypt, Morocco, Tunisia & Algeria. The last date to apply for the accelerator is October 2, 2017.