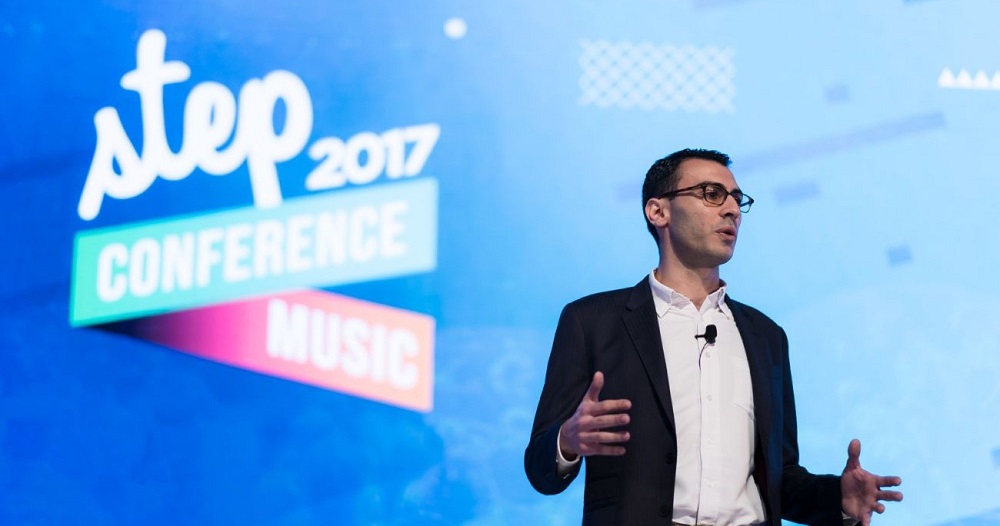 Ray Dargham, co-founder and CEO of STEP Group, the company behind one of the biggest startup and technology events of the region, STEP Conference, has said that the startup and tech conferences in the Middle East & North Africa should stop giving free access (tickets) to attendees. He made these remarks on Twitter, adding that it encourages a lot of low quality conferences, which ends up being waste of time for founders and attendees, “This creates much more damage in the long-run than many might anticipate. Startup founders and investors are super busy people – their time is more valuable than a ticket cost.”

The trend of free access has been on the rise in the region esp. after emergence of tens of new startup events in different parts of MENA but Ray wasn’t talking about the small meetups or events that have small number of attendees, he confirmed later, speaking to MENAbytes.

“My frustration comes from a growing number of conferences that go the easy route of giving free passes and just letting anyone in. And when I say conferences, I don’t mean small events. I am talking about hundred people plus size of events.”

The STEP founder argued that many of these events just come and go without offering any long-term value and commitment to attendees.

He wants the organizers to look at the ecosystems and conferences in North America and Europe and learn from them.

Even though there are some small events and meetups in the West that offer free access to attendees but almost all the big conferences have very high ticket prices and they’re usually pretty strict about not giving the tickets away for free.

Boris Veldhuijzen van Zanten, the founder and CEO of The Next Web, Amsterdam-based leading tech media company that organizes one of the largest technology conferences of Europe, TNW Conference, in-fact in 2013, had shared his thoughts about this in a piece titled “Why conference tickets cost money.”

In the article, Boris explained that when people pay for a ticket, they are likely to take the event seriously – which unfortunately is not the case when they receive access.

“In our experience, people who get a free ticket don’t show up, and if they do, don’t really invest time and effort into making it a great event. At our second or third event, we decided to give 20 people a free ticket, because they asked for one. Only 2 showed up. The ones that did show up late and left early. If you pay for a ticket you will feel like making an investment and you will want to get a return on your investment. That means showing up on time, talking to speakers, going to the parties and making new friends and business partners,” he noted.

Many in the startup community of Middle East & North Africa for some reason feel entitled to free tickets. There are people who think that these events are there ‘only’ to support the ecosystem. What they fail to realize is that they’re also a business at the end of the day.

“We are a startup ourselves. We put so much effort since 2012 when the conference was only 100 people and a losing business that we had to fund from personal savings for 3 years until we were able to grow and sustain ourselves. We’ve hosted over a 1000 startups who showcased at STEP and went on to raise capital afterward and become successful companies,” said Ray, in a conversation with MENAbytes.

He added that there’s a lot of value that events like STEP, RiseUp and ArabNet are adding to the ecosystem and he would like to see more of them as it is healthy for the ecosystem, “The more quality events out there the more people will attend events.”

Ray also pointed out that the trend of free tickets is making it very difficult for the new players to start self-funded events and sustain them.

When asked about how these big conferences can ensure that students and the early-stage founders who are probably struggling with their finances, can attend these events, he said that STEP normally does this by offering different types of special promos including student discounts. Ray explained that the market needs to establish fair pricing for the value.

“Conferences in other markets cost $1,000+ but we have been charging 1/5 these prices. You can buy a ticket to STEP for as low as $100. Our data and past experience shows us that our pricing for the value offered is very much within the purchasing power of our attendees. Thousands of them have happily bought tickets and saw the value they received. We do say it loudly that if you don’t see the value, then please do not attend.”

Answering our question about what STEP does when they receive requests for free tickets, the founder said, “Many people try to get free tickets every year especially as the conference nears and people start talking about it. We are really strict about complimentary tickets. We only give such passes to sponsors, partners, and media who are technically either are paying for them or offering us value.”

He thinks that people would not hesitate in spending their money on tickets if they see value in the events, “Purchasing power is not the issue but its the value. People will happily spend their money on a conference instead of a Drake concert or a brunch if they see the value.”

The STEP founder also feels that startup and technology events run or organized by government should also charge attendees for access and make sure that they offer a great value and experience “or just promote entrpreneurship by being part of existing good platforms or events.”

RiseUp’s CEO Abdelhameed Sharara also seems to be on the same page with Ray on this.