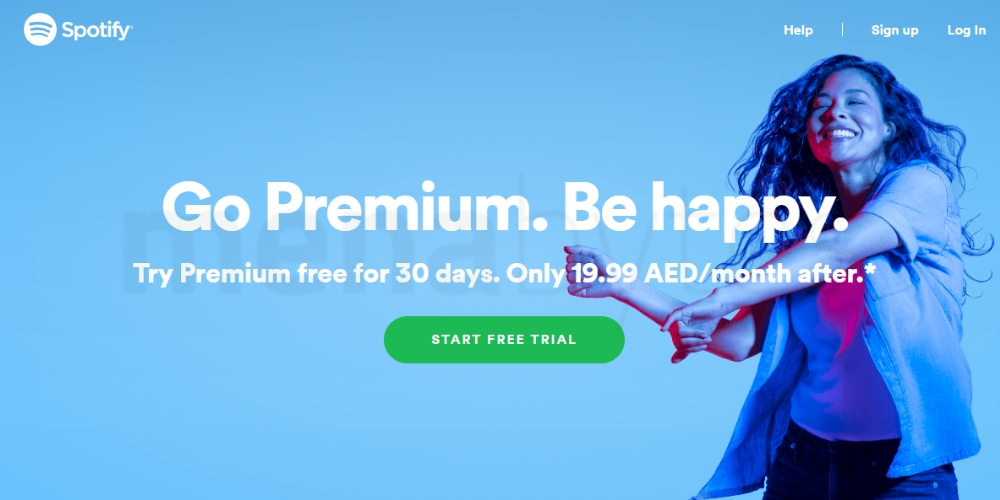 We reported last week that Spotify has been preparing for launch across almost all the MENA countries. The company had created country-specific pages on its website for 12 countries, suggesting that it has quietly started rolling out its services in the region through invitation. But later these pages, saying, “Spotify is currently invite only.” with the option to request an invite were later taken off and were replaced with standard “Spotify is currently not available in your country.”

But that was not the only sign that the company is actually preparing for its launch in MENA. As we explained in a comment on our Facebook page, Spotify very recently created its Twitter presence for the region and their app has been working ) Spotify has created SpotifyArabia (verified) Twitter account this week. All these things indicate that the launch is around the corner.

The latest development that has surfaced is the pricing Spotify will have for the region. First highlighted by Shadi Kabbesh, a Twitter user, Spotify’s premium subscription that allows users to download music and doesn’t have any ads is going to cost $5 ($4.99 to be precise) per month in MENA, with a 30-day free trial. For Saudi and UAE, it is 19.99 Saudi Riyal and 19.99 dirham respectively which is about $5.33 per month.

Spotify Premium would cost $5 per month in MENAClick To Tweet

We have checked this ourselves and can confirm that ‘Upgrade to Premium’ pages are live with this pricing for many countries in the region. But you cannot quite get the premium subscription yet. Here are some screenshots.

The $5 price is half of what Spotify charges in the United States i.e. $9.99 but they’re not making this exception for MENA only. The company, in fact, is known for having different pricing for each of its markets. In countries like Indonesia and Thailand, it costs even less than $4.

For the Middle East & North Africa, it seems that Spotify wants to go after Anghami’s subscriber base who currently pay $5 per month for its premium subscription Anghami Plus.

Anghami, however, also offers a family bundle that allows subscribers to get six accounts for themselves and their families for $7.5. The company also offers different plans in partnership with telcos of the region that include free internet or other things.

Deezer, the newly launched French music-streaming service also costs the same (about $4.8) and has family plans too.

So when Spotify does launch (officially) in the region, the consumers will have three different prices to choose from. And with the price being pretty much the same, the decisions of consumers will be driven by catalogue, user experience, and payment methods, offered by these three services.