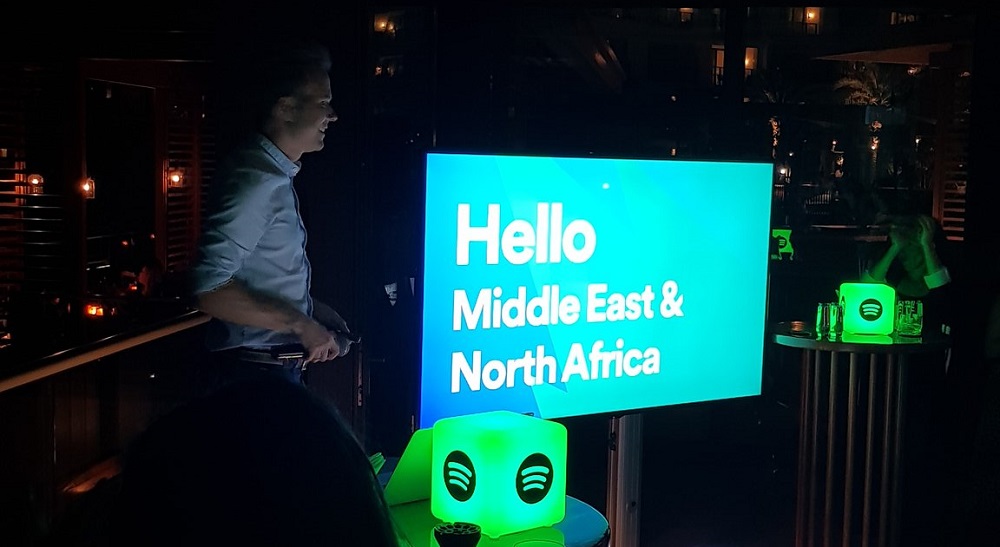 Spotify has officially launched in Middle East & North Africa and is now available in 13 countries across the region including Algeria, Bahrain, Egypt, Jordan, Kuwait, Lebanon, Morocco, Oman, Palestine, Qatar, Saudi Arabia, Tunisia, United Arab Emirates, the company announced in a statement today. Spotify’s plans to expand into MENA were reported by MENAbytes in May, earlier this year.

We had also reported that the service is invite-only initially when invitation pages for markets of MENA had surfaced on Spotify’s website but that’s not the case. As confirmed by the company, anyone in these markets can register for the service, download the app and subscribe to the premium service (if they like). The app is now available in both Play Store and iOS Store in all these countries.

The service is launching in the region with a complete Arabic user experience to offer users both local and international music, and curated playlists including Today’s Top Arabic Hits, Oriental Chill Vibes, and Arabic EDM.

It's official: Spotify launches in MENA, available in 13 countriesClick To Tweet

“I am super excited to share with you that, from today, Spotify is now available across the Middle East and North Africa,” said Cecilia Qvist, Spotify’s Global Head of Markets. “Spotify is launching in MENA with a full Arabic service, dozens of locally-curated playlists for every mood and moment, and access to a full catalog of millions of songs, for both our free and premium users. Music fans will also enjoy Spotify’s personalised music recommendations from day one, which will help them to enjoy, discover and share new music from both local and international artists simply and easily.”

Company’s Managing Director for Europe, Middle East, and Africa, speaking to Gulf News, noted, “We adapt the pricing to local standards. We wanted to make Spotify Premium available to as many people as possible.”

He also explained that licensing issues took time to solve, speaking about why it took them so long to bring Spotify to MENA.

“I wouldn’t call it delayed, I think it’s perfect timing. You need to be 100 per cent ready for the market. We don’t believe the right approach is to just launch your international product,” he said.

Spotify has also launched its Arab Hub, a home for Arabic music on Spotify, for fans of that music all across the world. It is part of its Global Cultures initiative, following the recent launches of the Latin hub and Afro hub.