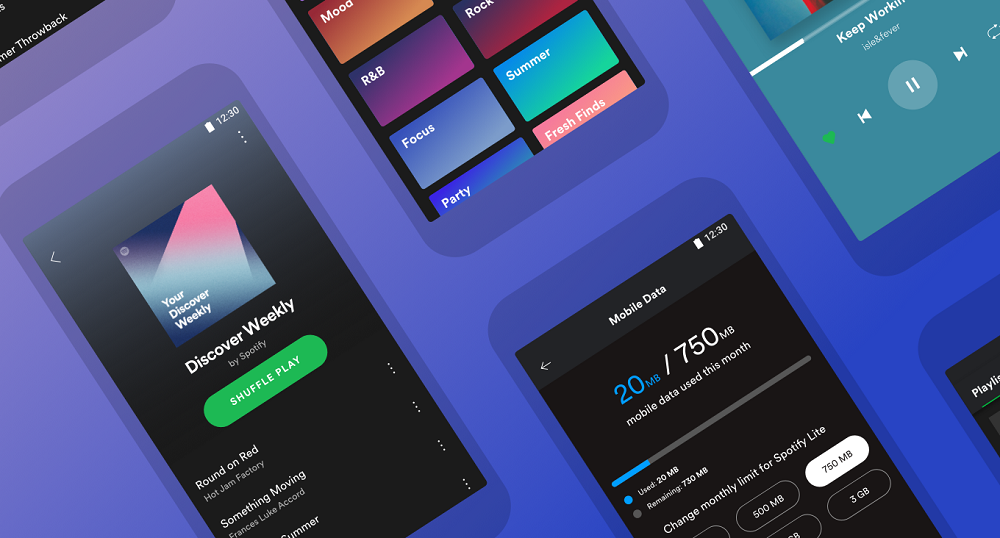 Spotify has launched a lighter 10 MB version of its Android app ‘Spotify Lite’ in all its markets in the Middle East & North Africa including Saudi Arabia, Egypt, Algeria, Lebanon, Morocco, Tunisia, Oman, Jordan, Bahrain, United Arab Emirates, Kuwait, and Qatar, the company announced yesterday. Spotify Lite has also been launched in many other international markets (total 36) including India, Canada, Brazil, and Philippines.

This comes almost eight months after Spotify was launched in MENA.

“Lite is a small, fast, and simplified version of our unparalleled music experience that works much like the main Spotify app. You’ll still be able to search and play your favorite songs and artists, save them, share with others, discover new music, and enjoy playlists made just for you, but with a few extra features making it ideal for older devices and operating systems,” Spotify said in a statement yesterday.

Spotify Lite also enables users to set a data limit and get a notification when they reach it. The lighter version of mobile apps usually help extend battery life as well but we’re not sure if Spotify Lite will also do that.

The regular Spotify app is 28 MB so we’re not sure if 18 MB is enough of a difference for people to switch but anyone with Android phone running version 4.3 or higher has this option now.

Uber had also launched slimmed down version of its app ‘Uber Lite’ in the region with UAE & Saudi being the latest markets.