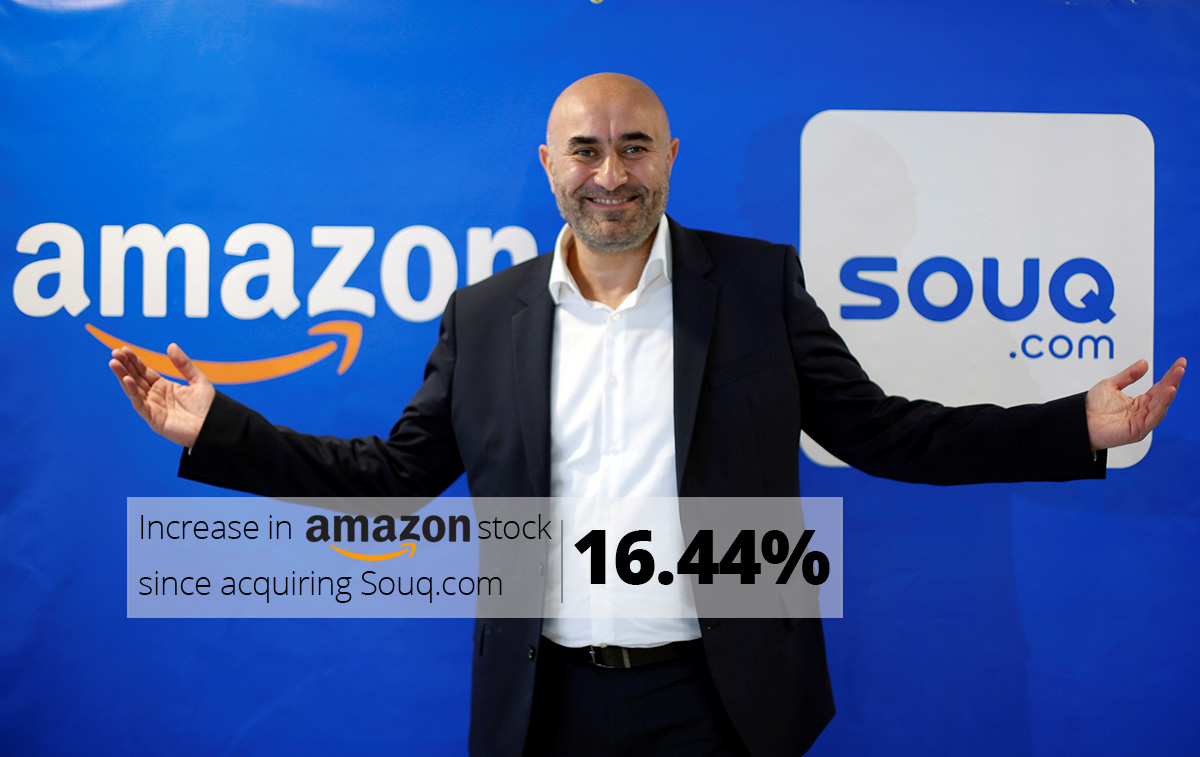 But Amazon’s increasing stock prices which touched $1000 during trading earlier today and surging market cap makes one wonder how much Souq.com would’ve been worth if it was an all-stock deal. So here it is.

So if Souq-Amazon was an all-stock deal, it would’ve been worth 16.44% more than the agreed price (as of today) which would make it valued at $677 million. But Amazon’s surging stock price and market cap makes it obvious that no matter what they acquire, they would go for all-cash deals. The last time Amazon had an all-stock acquisition was in 2009 when they had acquired Zappos for $928 million but by the time the deal closed which took few months, Amazon ended up paying $1.2 billion-worth of stock. Since the Zappos acquisition, Amazon has acquired more than 35 other companies including Souq.com but none of these companies was lucky enough to get an all-stock deal.

Amazon is expected to close Souq.com’s deal later this year so it could’ve been worth even more as Amazon’s surging stock prices don’t seem like they would stop anytime soon. Founded in 1994, Amazon went public 3 years later and was valued at $461 million. Today its valued at $476 billion and now it is being argued that its going to be the first company to reach $1 trillion market cap.