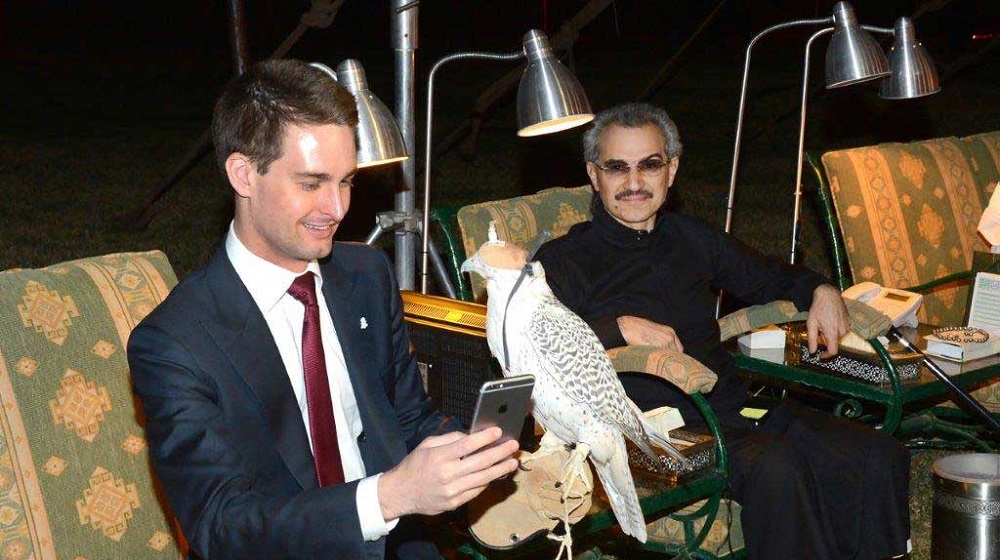 The shares were purchased in May, earlier this year at average of approximately $11 per share, according a statement released by Prince’s private office. The stock is currently trading at $13. The Saudi Prince had met Snapchat CEO Evan Spiegel in Riyadh in 2015 when he visited Saudi to explore investment and business opportunities.

I invested $250 Million to acquire 2.3% stake in @Snapchat companyhttps://t.co/bdAMGVw3DI pic.twitter.com/jBIiAfqy7t

Speaking about the investment in Snapchat, the Prince, said, “Snapchat is one of the most innovative social media platforms in the world and we believe it has only just begun to scratch the surface of its true potential and we are blessed to be part of it.”

The investment comes at a time when Snapchat is struggling with growth. The company reported is first ever decline in users in its Q2 earnings report yesterday, with the number of daily active users going down to to 188 million, a 1.5% drop from 191 million in the previous quarter.