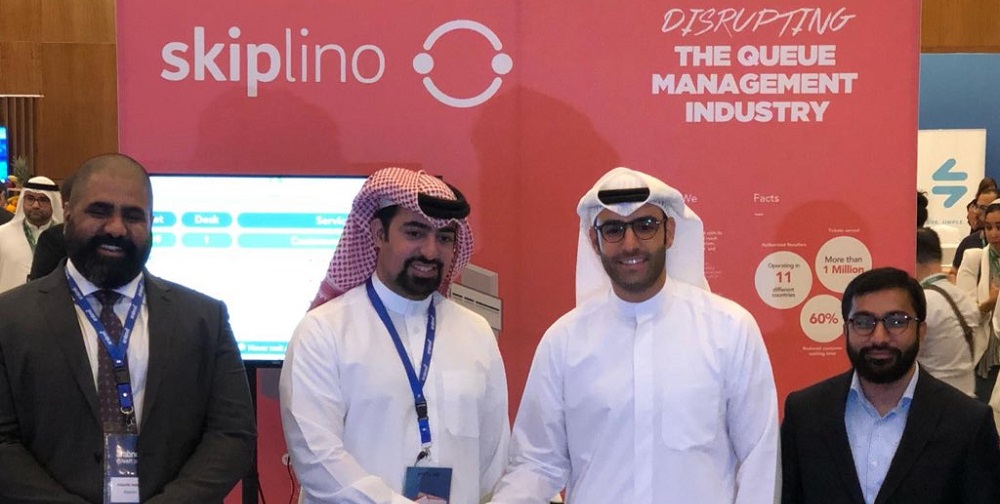 Bahrain-based Skiplino has raised Series A investment for its cloud-based queue management system from Kuwait’s KISP Ventures. The financial details of the deal were not disclosed but Skiplino’s CEO Zaman AH. Zaman speaking to MENAbytes has confirmed that it’s a seven-figure USD deal, adding that further details will be disclosed soon.

Founded in 2015, the startup has developed a suite of web and mobile applications that can be used by businesses to digitize queue management at their offline stores and branches.

The startup sells these services using a freemium subscription model – free for businesses with one branch for its 50 tickets per day plan and $149 per month ($99 per month if paid on annual basis) per branch for unlimited tickets and other services.

Skiplino enables customers of the businesses using its services to queue remotely before their arrival, know their waiting time, know the next slot available, and track history of their visits. The startup claims that it could save customers six months of time in their lifetime that they would normally waste waiting in queues.

The investment by KISP Ventures will give Skiplino access to all their retail branches and subsidiaries all around the world. According to KFH’s website, they have over 400 branches across seven regions worldwide.

If Skiplino gets even half of that number on their platform, it would mean hundreds of thousands of dollars in annual recurring revenue. Not bad at all for a SaaS from the region.

Update: The article was updated to reflect that it’s a seven-figure deal, after receiving confirmation from company’s CEO.