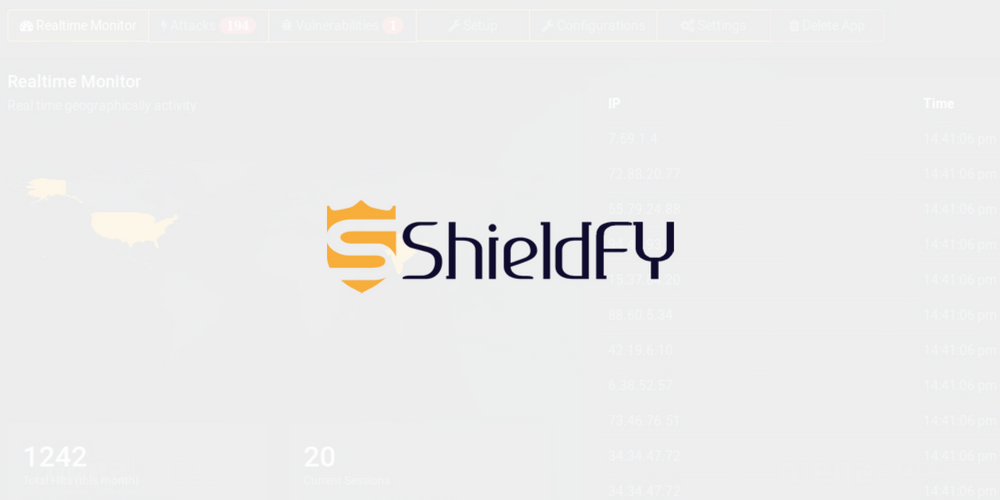 Alexandria-based Shieldfy has raised pre-seed investment from Kuwait’s Arzan VC, the startup has told MENAbytes. The size of investment was not disclosed.

Founded in 2016 by Eslam Salem Mahmoud, an Egyptian web developer and security researcher, Shieldfy protects web applications in real-time through its smart firewall and security reporting for developers.

Shieldfy is added in any digital application as SDK (software development kit) which after successful installation loads before the code and initializes its monitors and guards.

It then monitors every request and analyzes it through the application layers including files, databases, and memory. Shieldfy will detect and block any attack on the application and define that weakness that could’ve caused the attack including the vulnerable file and line number.

It also allows developers to learn different details about the attack including full hacker profile with their IP, browsers, operating system, request profile and the steps that hacker may have used.

Shieldfy currently follows a SaaS model charging subscription fee between $49 to $499 per month for the use of their services. They currently have some clients in United States, Canada, Italy and MENA.

The startup is currently being managed by Eslam and his co-founder Mahmoud Shawareb, a security researcher who has worked on different projects including some with banks and the government in Egypt. Mahmoud joined Shieldfy as co-founder last year after meeting Eslam at a cybersecurity event in Cairo.

They aim to use the investment to further enhance their product to fit developers needs especially in terms of integrations in the tools that are popular with developers, Eslam, the co-founder and CEO of Shieldfy told MENAbytes.

Eslam thinks that security should not be a luxury and that’s why they are trying to follow a process that takes it into consideration (at affordable prices) right from the development lifecycle.