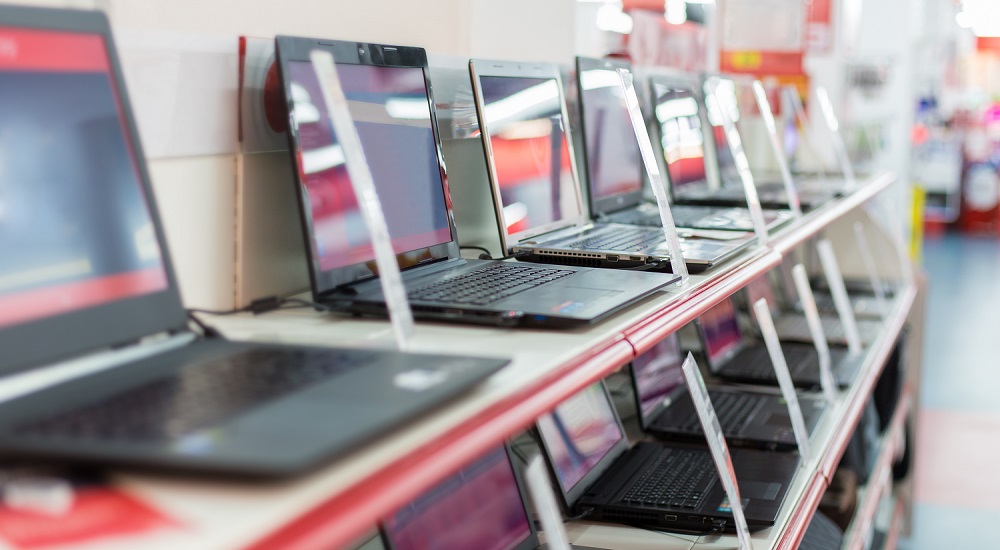 It’s no secret that customer service offered by most of the companies in the Middle East is not up to the mark. Sharaf DG, one of the largest electronics retailer in UAE that has its presence in Oman, Bahrain, Qatar & Egypt as well is perhaps no exception. A customer recently shared his experience with them where he had to go through a lot of trouble to cancel a pre-ordered phone and eventually was charged 18 dirhams (about $5) of delivery fee for a phone that was never delivered. But that’s not the story. What he did next is. The gentleman as claimed by him mined 9000 dirhams (~$2,500) worth of XMR (Monero – a cryptocurrency) using the display laptops in a Sharaf DG store. He shared the story anonymously so we obviously have no way to verify the authenticity but it definitely makes a good read nonetheless. Here is the full text exactly as shared by him.

SharafDG is one of the most popular electronic retailers in the UAE, hosting many laptops, mobile phones and all manners of electronic novelties, However, As is the case with most of the electronic shops in the UAE, The management/staff are utterly clueless as to proper security practices since “no one ever breached us so why should we care”?

Well, Dear Sharaf, You should pay more attention to how you set up your devices.

A long time ago, In an Emirate not that far, far away.

I preordered a particular phone that was particularly popular in the UAE, I paid the money, did the whole thing, then I noticed that another option of the same phone was of particular interest to me, So, I called up Sharaf’s mobile support, as is the case with most phone line support in the UAE, utterly useless.

I requested the change for my preordered phone, and they have specified that to change it, the order must be canceled and remade, which means I have to wait for a refund from them, which takes a while as is everything, and then I have to make the order again.

As someone with a non-EU passport, I couldn’t afford holding ~3000AED in my account and affording another 3000AED while the other amount is refunded, so, I bit the bullet even though my “preordered” phone would be already in stores by the time It’s un-canceled.

I requested the cancellation, the next day, I got a confirmation email for my order that it’s going to be delievered the next day.

I called phone support again, telling them that the order has been canceled, and they said that phone support letters take around 2 days to get to finance, so the cancellation request might not have been processed, How convenient!

I informed him of all of this then went ahead and canceled it all, So, Naturally, the next day I was called by the courier who is delivering my twice-canceled phone in the color that i did not want, nice! =)

I informed him again that my phone was canceled and he should check with their manager.

5 days later I received my paid amount, minus 18AED, which I contacted the support about, to which they informed me that since delivery was started, They would charge it regardless.

That doesn’t take into account that not getting free delivery for my +3000AED phone, so that’s nice.

Anyways, I emailed them that this is unacceptable and they, of course, just made the choice to not reply and stop answering my emails.

Well, Dear, SharafDG, you might want to treat customers better when they’re willing to give you their money 🙂

During the past months, All of your display laptops, which you have conveniently fitted with an internet connection, and full administrative access, have been used to mine a certain cryptocurrency which is perfect for your low powered laptops! The display software you’re using on your laptops can be easily bypassed by just clicking Win+D, anyways, the software simply does the following:

Very simple implementation, since the PCs have admin access.

Notice your laptops running a bit hot lately? Good, I only needed 3 months to mine what equals to around 9000AED worth of XMR using my very own mining farm, Sponsored by you.

100H worth of hashrate for each laptop, Multiplied by around 250 Laptops, were enough to mine that much in the span of 3 months.

I’m posting this to send a message and tell you that you should probably:

I think I got my 18AED back, Thanks for your services 🙂

Disclaimer : Cryptocurrency mining is not illegal, it’s very necessary to keep a cryptocurrency running and to process payments, however, it’s very exploitable to install it on unsuspecting PCs for personal gain.